Who is first-time double Grammy nominee Rapsody? Watch her in action at the Salon Stage

The emcee is finally getting the recognition she deserves 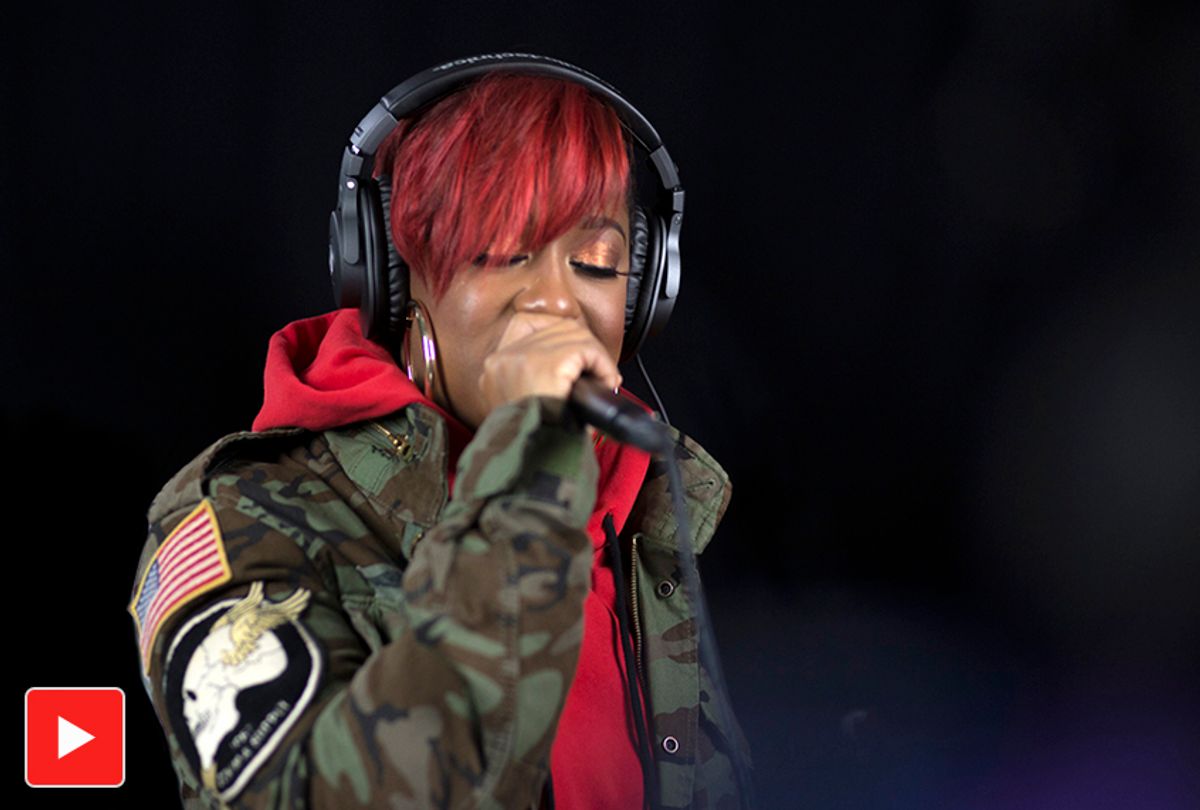 Hip-hop artist and poet Rapsody, born Marlanna Evans, secured two Grammy nominations Tuesday morning, one for her sophomore album, "Laila's Wisdom," and one for her single, "Sassy". The twin nods are the first such nominations in the North Carolina native's career, topping off a year that has very much marked her arrival on the larger pop-music scene — though that should all come as little surprise to those who have listened to her work.

On "Laila's Wisdom," Rapsody expertly spins out stories of love, resilience, female empowerment and gun violence over production both arresting and layered. When it first dropped, I said it was a no-brainer contender for Best Rap Album, even during a season crowded by releases from artists like Jay-Z, Kendrick Lamar and others. It was easy to be right about that.

Rap legend Busta Rhymes, who is featured on the album, argues that it's a bit more than the best genre release of 2017, though. On Instagram, he describes "Laila's Wisdom" as "the best album I've heard not only from a female MC but in Hip hop period" in the past decade.

The success of "Laila's Wisdom" and Rapsody's rise are part and parcel of something larger, though, a noticeable shift in hip-hop's frontrunners. More so than at any time before, women are at a place of power in the genre and represented by different artists with diverse sounds and styles. It's a stark difference from the last decade or so when Nicki Minaj was almost the only successful female rapper on commercial platforms and every aspiring or returning woman in the category was pitted against her by the press and the community.

"I don’t believe in that. I didn’t grow up on that," Rapsody told me of that antagonistic dynamic in October. "It's important for people to see that, especially black women, that we get along."

Rapsody's Grammy nominations can be seen as both a recognition of her sheer and undeniable talent, and also the caliber of women in hip-hop right now. Breakout star also Cardi B also received two Grammy nominations for her single "Bodak Yellow," which was the first solo rap single from a woman to hit number one since 1998 and now, officially, the longest running in history.

"My whole thing has just been about balance," Rapsody said to me last month. "It’s dope to see what being a woman looks like in many forms. To have a Nicki and a Cardi B, but to also have a Rapsody and an Ill Camille and a Dreezy and a Noname, and all these other artists." She continued, "I think that’s important, for especially young girls to see, you have these options." True.

Check out Rapsody's visit to the Salon Stage earlier this month above.