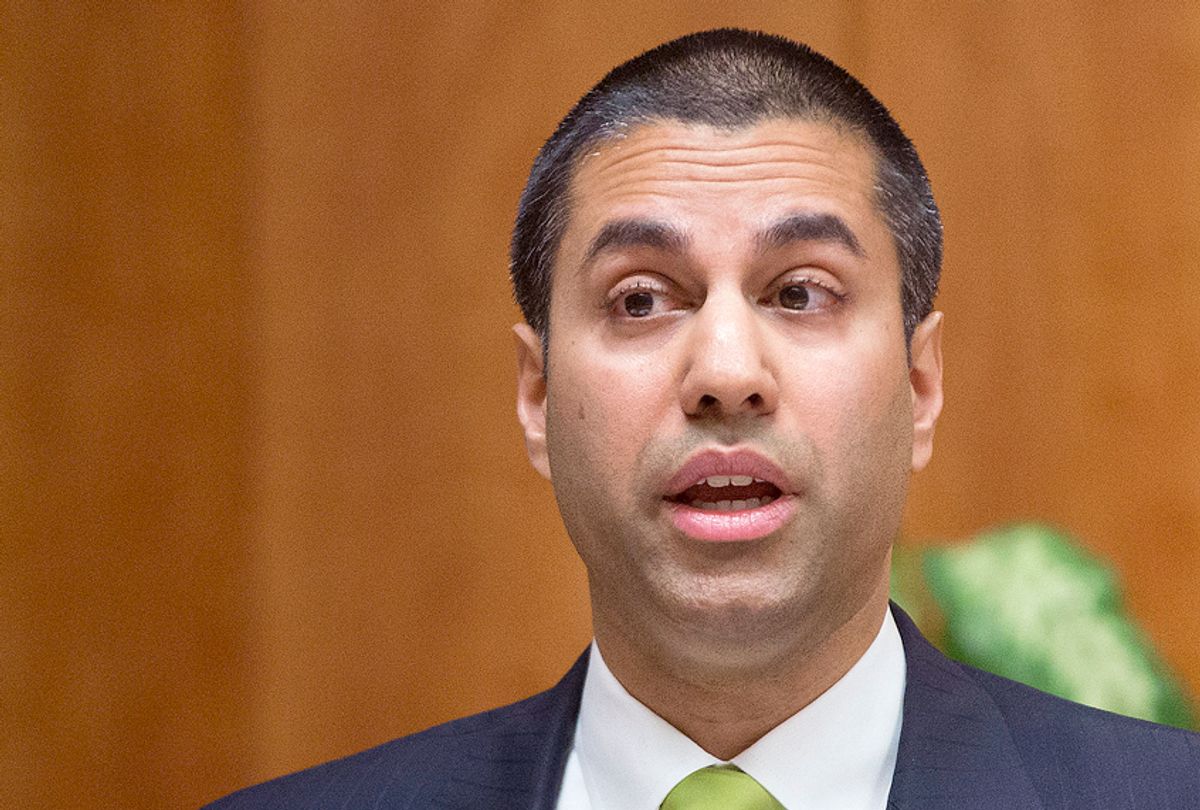 Since announcing his intent to terminate net neutrality regulation, millions of Americans, including many celebrities, have expressed their displeasure with Federal Communications Commission (FCC) chairman Ajit Pai. Evidently, Pai has been paying attention to the storm of dissent over his unilateral decision.

And he doesn’t really care.

Yes, the chairman of the FCC is mad at Cher. He could have singled out some of the tech or political critics of his plans, but instead he picked some actors and singers. It's 2017 and this is real life.

Pai also singled out Twitter, both for publicly criticizing his plans to end net neutrality and for its politics. In sowing doubt about the platform, Pai castigated it as biased:

Now look: I love Twitter, and I use it all the time. But let’s not kid ourselves; when it comes to an open Internet, Twitter is part of the problem. The company has a viewpoint and uses that viewpoint to discriminate. As just one of many examples, two months ago, Twitter blocked Representative Marsha Blackburn from advertising her Senate campaign launch video because it featured a pro-life message. Before that, during the so-called Day of Action, Twitter warned users that a link to a statement by one company on the topic of Internet regulation “may be unsafe.” And to say the least, the company appears to have a double standard when it comes to suspending or de-verifying conservative users’ accounts as opposed to those of liberal users.  This conduct is many things, but it isn’t fighting for an open Internet.

Pai characterized his goal of ending net neutrality as “restoring internet freedom.” “Getting rid of government authority over the Internet is the exact opposite of authoritarianism,” Pai said, continuing, “Government control is the defining feature of authoritarians, including the one in North Korea.”

Pai’s speech is a master class in the ways in which conservatives spin public policy goals that limit freedom and consumer choice as the opposite. Frequently using words like “free” and “open,” and bringing in North Korea as a red herring, define a common right-wing rhetorical strategy to whip up support for things that in reality limit freedom (and have nothing to do with North Korea). You often see this in GOP naming strategies, i.e. the GOP’s “Health Care Freedom Act” (which would do the opposite and eliminate health care for millions); or the dystopian-sounding “House Freedom Caucus" (which Conor Lynch wrote about eloquently for Salon here).

Moreover, in his speech, Pai’s description of the history of the internet is, well, ahistorical. He talks about the private sector “invest[ing] over $1.5 trillion to build out wired and wireless networks” and extols the virtues of the private sector in building the internet of today. Conservatives, Pai among them, are keen to forget about how government-funded research, both within the Department of Defense and through grants to other researchers, created the technology underpinning the internet in the first place.

That is old news, yet Pai’s comments re-affirm something that is normal now among conservatives (and some neoliberal centrists): the way that they equate government control with authoritarianism. Pai has no historical understanding of how government can (and has been) a voice of the masses vis-a-vis democracy; nor does he understand how a free market economy (in which everyday people have no democratic say in the majority of the decisions that affect their lives) can be oppressive.

And while, of course, governments can be authoritarian, Pai is content to conflate all government regulation with authoritarianism. And yet, private sector authoritarianism — the decisions corporations and the rich make that affect all of us, and in which we will never have any say — doesn’t register for him at all.