"House of Cards" to return with Robin Wright as lead, Netflix confirms

With the departure of Kevin Spacey, Wright's Claire Underwood becomes the focus in a final season 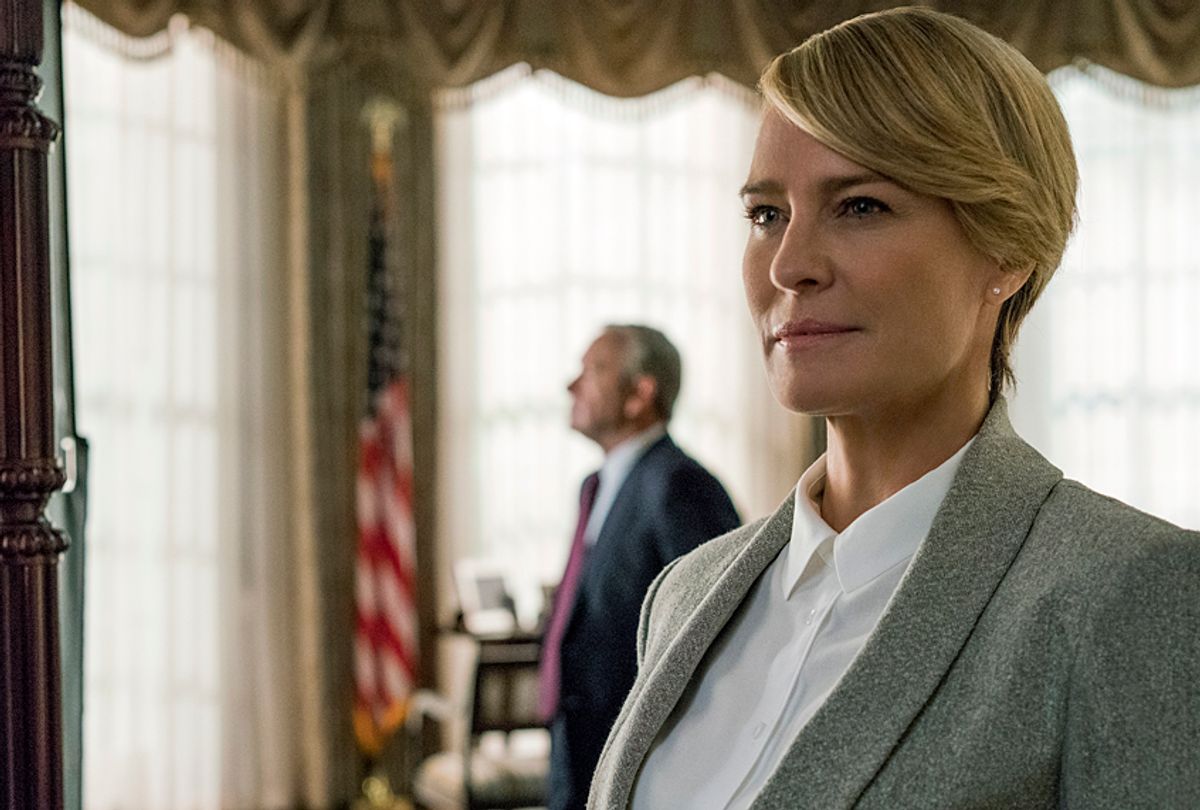 In what must seem to many fans of the show as the best solution possible, the critically lauded series "House of Cards" will return for a shrunken eight-episode final season in 2018, Netflix content chief Ted Sarandos confirmed Monday. With the forced departure of star Kevin Spacey (Frank Underwood) following an avalanche of sexual-abuse allegations, Sarandos suggested that the narrative focus of the show's last season would be Claire Underwood, played by Robin Wright.

Deadline quotes Sarandos as saying that the final season would “bring closure of the show for fans" and, yes, supply cast and crew members still contracted to the show with work for the time being. Shooting is scheduled to resume early next year.

MRC and Netflix had attempted to restart production in October, but continued to extend the ongoing suspension. Today's announcement provides clarity where before there had been little.

Rumors about the return of "House of Cards" for a single, Wright-led season had begun almost as soon as Netflix and their partner on the series, Media Rights Capital, suspended production in late October. Currently, the status of the efforts to create spin-off shows based on other "House of Cards" characters is unclear.

At the time production was halted, footage for several episodes with Spacey had already been shot. Whether any of that will see the light of day, and how the series will account for Spacey's absence, is still under wraps at this time.

While few — if any — shows in memory have had to replace a lead under these specific circumstances, going back into production on a television series after the unexpected loss of its founding star is far from unprecedented. "8 Simple Rules," for instance, continued for a short time after the sudden death of John Ritter. Other shows, such as the "West Wing," have soldiered on after losing performers in similar ways.

The "House of Cards" reorganization is a unique case because Spacey's abrupt removal from the show was precipitated by his own actions and the enormous costs associated with this prestige series.

Spacey was fired in November after actor Anthony Rapp alleged in a Buzzfeed article that the star and executive producer of "House of Cards" had propositioned and inappropriately touched him when he was a legal minor in the 1980s. Subsequently, no fewer than 37 other men of various ages have accused him of sexual misconduct in a pattern of incidents that, if true, would span three decades. He is currently under investigation for two sexual-assault claims in London.