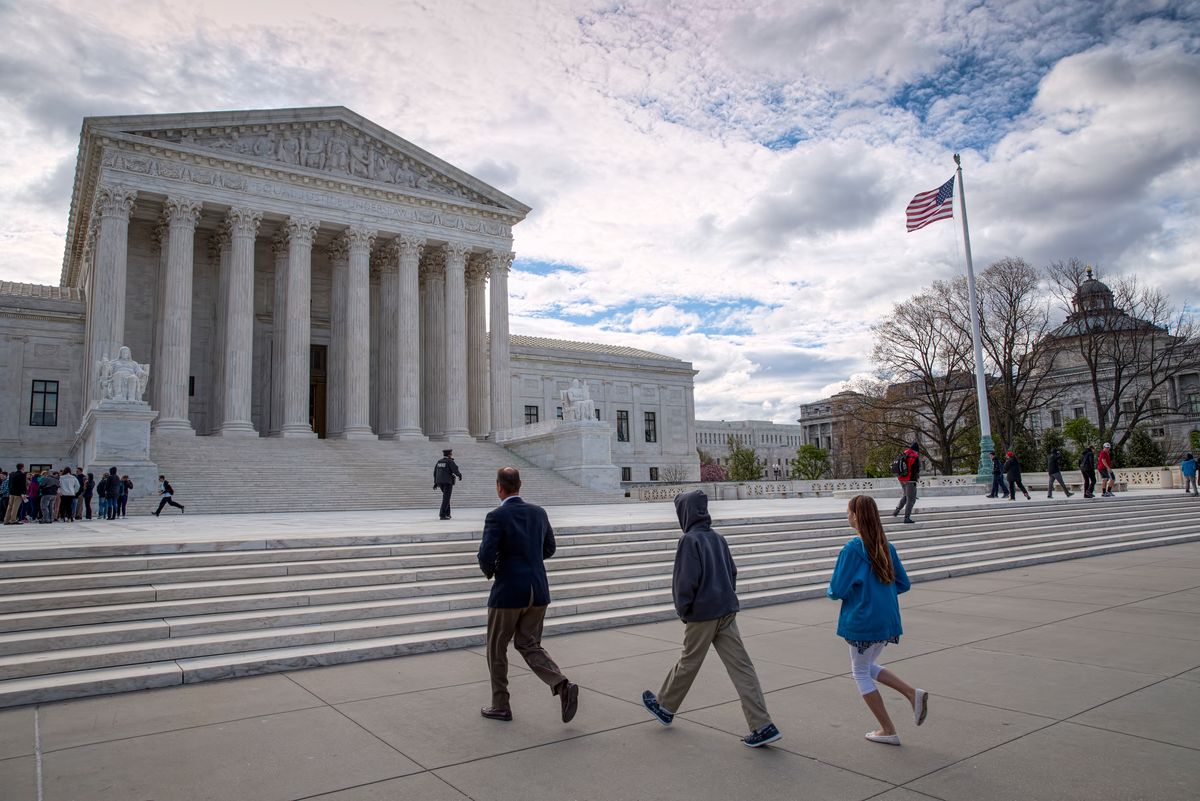 As the Supreme Court continues to hear oral arguments over whether a Colorado baker has the right to discriminate against a gay couple who sought to buy a wedding cake, expert analysts are seeing signs that the bench may rule in favor of the homophobic business owner.

As Amy Howe explained on SCOTUSBlog — a website devoted to reporting events that reach the Supreme Court — the four liberal judges seemed inclined to side with the same-sex couple, while the four conservative judges seemed inclined to side with the baker. This left Justice Anthony Kennedy, long accustomed to being a swing vote, who made it clear as the oral arguments proceeded that he was inclined to view compelling the bakery to create a same-sex wedding cake as an infringement of their religious freedom:

If we thought that at least this member of the commission had based his decision on hostility to religion, Kennedy asked [Colorado Solicitor General Frederick] Yarger, could the judgment against Masterpiece stand?

Kennedy returned to this idea again a few minutes later, telling Yarger that “tolerance is essential in a free society.” But Colorado, Kennedy posited, hasn’t been very tolerant of Phillips’ religious beliefs in this case. And, following up on Gorsuch’s suggestion that the training required of Phillips would amount to compelled speech, Kennedy commented (more than a little derisively) that Phillips would “have to teach that state law supersedes our religious beliefs.”

The origins of the case can be traced back to 2012, when David Mullins and Charlie Craig tried to purchase a wedding cake from a bakery owned by Jack Phillips called Masterpiece Cakeshop, according to The New York Times. Although they were planning on being married in Massachusetts, the couple hoped to hold a reception in Colorado and filed a complaint with Colorado's civil rights commission after saying they had been humiliated by Phillips' refusal to serve them.

Phillips' lawyer, Kristen K. Waggoner, admitted that she would not agree that a private business should be allowed to refuse to serve an interracial couple. This view was shared by President Donald Trump's Solicitor General Noel J. Francisco, who said "Race is particularly unique."

Even Kennedy acknowledged that this risked relegating same-sex couples to second class citizenship by establishing a precedent in which any number of professionals could refuse to serve gay couples by citing their religious beliefs.

"The problem for you is that so many of these examples — and a photographer can be included — do involve speech. It means that there’s basically an ability to boycott gay marriages," Kennedy said.