We're now finding an answer to the question, "When was America last great?" 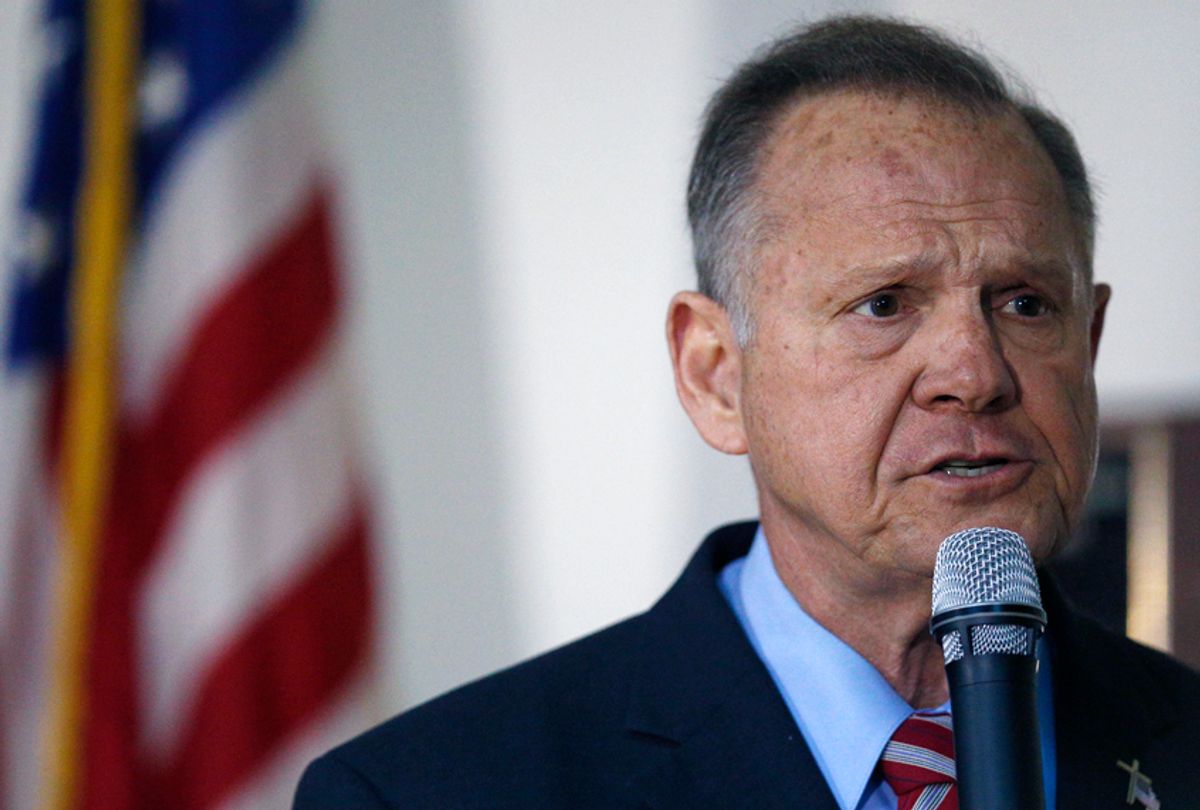 There's a long list of things that Roy Moore has said that probably offended a lot of people. But one thing he said in September — unearthed recently — may be the most shocking.

When Moore was on the campaign trail before the Republican primary, he said that America was at its when African-Americans were still kept as slaves.

"I think it was great at the time when families were united," Moore said. "Even though we had slavery, they cared for one another.

That remark came during an appearance in which he called Native Americans and Asian-Americans "reds and yellows."

As the Los Angeles Times noted, the statement wasn't shocking enough (or publicized enough) to swing opinion enough Alabama. After all, he still won his primary. As well, despite claims that he groped a 14-year-old — one of many allegations against the former Alabama Supreme Court justice — Moore has the support of the president and funding from the Republican National Committee.

Despite the comments, Trump again praised Moore on Friday morning:

LAST thing the Make America Great Again Agenda needs is a Liberal Democrat in Senate where we have so little margin for victory already. The Pelosi/Schumer Puppet Jones would vote against us 100% of the time. He’s bad on Crime, Life, Border, Vets, Guns & Military. VOTE ROY MOORE!

The revisionist history about life during slavery isn't something that's unique. It's a common trope to excuse the horrors of slavery by painting life as not-so-bad. And it's not limited to Roy Moore alone.

In 2016, then-Fox News host Bill O'Reilly said that slaves who built the White House were "well-fed," thus, one would supposed, making it acceptable.

Here's the transcript, via Media Matters:

Michelle Obama referenced slaves building the White House in referring to the evolution of America in a positive way. It was a positive comment. The history behind her remark is fascinating. George Washington selected the site in 1791, and as president laid the cornerstone in 1792. Washington was then running the country out of Philadelphia.

Slaves did participate in the construction of the White House. Records show about 400 payments made to slave masters between 1795 and 1801. In addition, free blacks, whites, and immigrants also worked on the massive building. There were no illegal immigrants at that time. If you could make it here, you could stay here.

In 1800, President John Adams took up residence in what was then called the Executive Mansion. It was only later on they named it the White House. But Adams was in there with Abigail, and they were still hammering nails, the construction was still going on.

Slaves that worked there were well-fed and had decent lodgings provided by the government, which stopped hiring slave labor in 1802. However, the feds did not forbid subcontractors from using slave labor. So, Michelle Obama is essentially correct in citing slaves as builders of the White House, but there were others working as well. Got it all? There will be a quiz.

O'Reilly was replaced by Tucker Carlson, who downplayed slavery in August by saying that other civilizations had slaves too.