Trump campaign may have been offered WikiLeaks documents: report

[UPDATED] The email was sent on Sep. 14, after Wikileaks document were already public 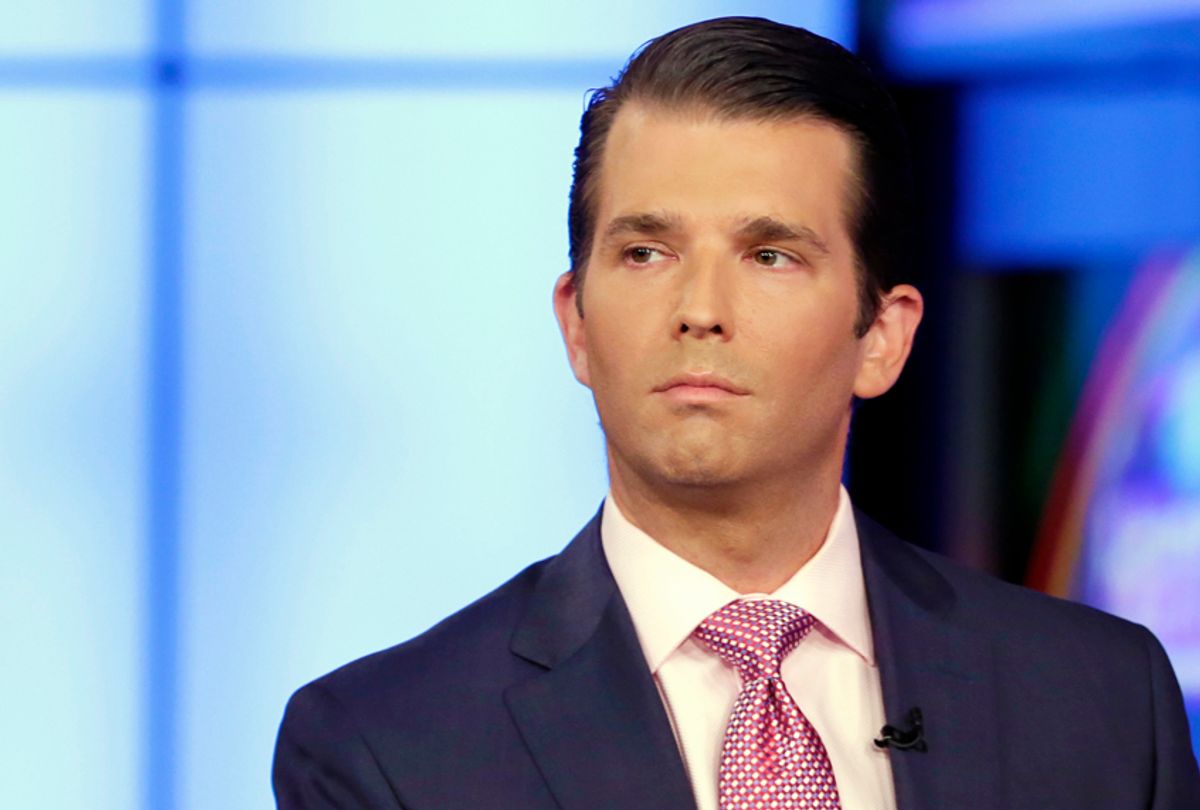 UPDATE 1:22 p.m.: The Washington Post published a story that indicated the email sent to the president, Donald Trump Jr. and others was sent on Sep. 14, 2016. Not the previously reported Sep. 4, which means the Wikileaks documents available in the email had already been widely available to the public by that time.

A September 2016 email received by then-candidate Donald Trump, his son Donald Trump Jr. and others in the Trump organization from an unknown sender contained a decryption key and website address for hacked documents obtained by Wikileaks, congressional investigators found.

The email was sent on Sep. 4, a little over two months out from the election, by a person whose name was listed as "Mike Erickson," CNN reported. The email described to the network by multiple sources and later confirmed by Trump Jr's attorney.

The email also came two months after emails from the Democratic National Committee were made public, and one month prior to WikiLeaks releasing thousands of emails from Hillary Clinton's campaign chairman John Podesta. It's been widely reported that the DNC emails were released as a result of a hack, though some reports have argued it could have been an insider leak.

But the email also came three weeks prior to the first publicly known messages exchanged between WikiLeaks and Trump's eldest son, who told investigators he did not recall the September email, CNN reported.

Congressional investigators are still trying to determine the legitimacy of the September email sender "and whether it shows additional efforts by WikiLeaks to connect with Trump's son and others on the Trump campaign," according to CNN. It's still currently unclear if "the email was a legitimate effort to provide the hacked documents to the Trump campaign."

The email was found by investigators sifting through documents that were turned over by the Trump Organization, CNN reported.

Trump's oldest son was questioned about the email during a closed-door meeting with the House Intelligence Committee, and while he asserted he did not recall the email, it's certainly worth noting his stories have failed to add up in the past.

The news comes as the investigations into the 2016 election behavior by the Trump campaign and Russia have intensified in recent weeks.

It was also reported on Thursday that Rob Goldstone, the music promoter who arranged a meeting between Trump campaign officials and a Russian lawyer in Trump Tower, sent multiple emails to a Russian participant in the meeting as well as a member of the Trump campaign's inner circle, according to CNN.

The reports were the first public indications of a potential follow-up meeting, despite Trump's son having previously said no further discussions took place after the June meeting, though none of the emails were sent directly to him. One source told CNN that Goldstone did not discuss the meeting with Trump Jr.