Megyn Kelly is having her moment, and it may be fleeting

#MeToo has helped smooth Megyn Kelly's rocky start with NBC, but the effect may be temporary 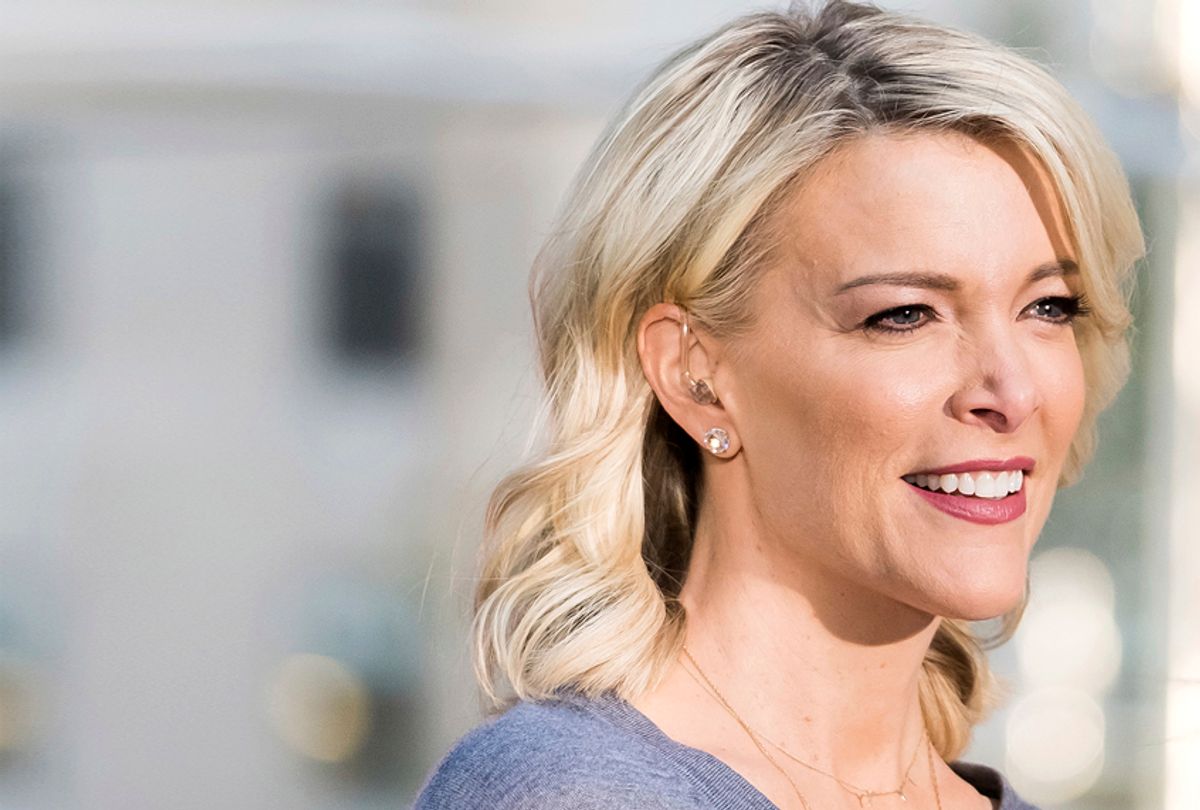 Nearly a year ago Megyn Kelly was on the verge of sealing a multimillion-dollar deal that would result in her departure from Fox in the first week of January to join NBC’s news department, first as the anchor of a newsmagazine that became “Sunday Night with Megyn Kelly” and then with a talk show, which eventually became the 9 a.m. news slot of the “Today” show.

At that time many media journalists, including yours truly, wondered what the network version of Megyn Kelly would look like, and how well a Fox News Channel personality would make the conversion to a broadcast setting.

“We’ll have a better idea by next January,” I wrote almost 12 months ago. Thanks to a healthy amount of coverage and analysis of her performance at NBC over the past six months or so, however, we can offer an informed prognosis of “outlook uncertain.”

Kelly’s debut at NBC was stupendously lackluster. Entering primetime with “Sunday Night with Megyn Kelly,” the expectation was that the former Fox host would offer a competition to CBS’s venerable “60 Minutes.” Kelly and her producers appeared to come out swinging, scoring interviews with Vladmir Putin within a few weeks of debut, followed up by her controversial one-on-one with InfoWars conspiracist Alex Jones.

Kelly, despite all her weak points, came with a reputation as a ferocious interviewer. But these subjects were on a different plane than the Republican operatives she would turn on in her “gotcha” moments. Those were men and women used to Fox as a friendly forum, and could be easily surprised. Putin, on the other hand, is one of the slickest double-dealers on the planet, while Jones is a nuttier than a Payday. Cornering them in a consequential fashion requires skills Kelly did not employ. Even if she did it might not have mattered, because the ratings for “Sunday Night” were so abysmal that NBC tossed it into hiatus early.

“Megyn Kelly Today” premiered at the end of September to an even less enthusiastic reception, its arrival heralded by soft-filtered spots of Kelly hugging people on the streets as she cooed about hopes for the show to “be a unifying force.” This was a problem for a few reasons, beginning with Kelly’s enthusiastic participation in monetizing divisiveness for her previous employer.

All of this is known. But then fate tossed Kelly a life preserver of sorts in the form of #MeToo.

Now, let’s be clear: Kelly’s openness and honesty about the gender bias and harassment she faced at Fox matters a great deal, and her experience is not to be belittled. She’s also in the somewhat unique position of having shared offices with both Bill O’Reilly and Matt Lauer, two of the most powerful media figures whose careers ended in a snap following numerous harassment accusations.

There’s no way that she could or should remain silent, and her statement in rebuttal to O’Reilly’s allegations that no woman had taken complaints about him to Fox were necessary and scathing. So too was her interview with Donald Trump’s accusers, given Kelly’s experience as the public target of Trump’s vile and sexist ire.

The resounding thud of Lauer’s long fall from grace and his Nov. 29 dismissal have led to higher ratings for “Today”; the long-running morning show beat ABC’s long-dominant “Good Morning America” for three weeks in a row, a feat not achieved since the 2016 summer Olympics in Rio. This mostly speaks to the underestimated draw of co-host Savannah Guthrie, currently joined in the early hours by fourth-hour co-host Hoda Kotb.

But Kelly’s “Today” show has experienced a spike as well, with her Dec. 11 telecast — the one featuring the women accusing the president of harassment —  attracting 2.91 million viewers, her fourth-highest audience to date. The other three series highs are the show’s debut (of course) and the two shows following Lauer’s firing.

Indeed, #MeToo has allowed Kelly to find a point of connection with her female-skewed audience, one she’s struggled to find thus far. Her overly polished image and upper-class comportment stands in contradiction to that of the average daytime viewer. NBC may have wanted a warm talk show host to compete with the bubbly Kelly Ripa, while Kelly herself may have envisioned becoming the next Oprah. But she’s not that.

Softening that primetime news edge to win over the daytime crowd has been a challenge. The steely comportment Kelly wields to her advantage in prime-time doesn’t quite melt away in the light of the morning show cameras. In early episodes of “Megyn Kelly Today” she came across as awkward and chilly when she wasn’t haranguing Jane Fonda or Debra Messing with insulting lines of questioning.

Even now, when she’s not operating within the wheelhouse of #MeToo-related stories, she has difficulties coming across as breezy or open, profound, uplifting or even fun. Oprah, she ain’t. The woman can’t even hold a sparkler to Ellen.

An Elle interview that ran prior to the debut of “Megyn Kelly Today” wore the headline “Megyn Kelly Doesn’t Want to Be Political” (that’s right, only weeks after promoting her interview with Russia’s autocratic president). The writer relates that while interviewing her she did not talk about politics or Trump, “so much so that she stands up and turns toward the door when I press her on Trump's treatment of [ESPN sports anchor Jemele] Hill.”

Instead, the piece continues, “she is here to secure her own happiness and mine, which she believes we can have if we consume an addictive trail mix of feel-good stories, trend pieces, and interviews with emotive celebrities.”

As unbelievable (and maybe even sarcastic) as that statement seemed then, #MeToo may have enabled the American viewer’s forgiving sense of amnesia to kick in, and that’s handy for a news personality who wants to move on from her past to craft a relatable television persona.

While the current social climate makes the skies friendlier for Kelly, virtually unexamined in the reports of her less-than-stellar ratings is how well she’s resonated with black and Hispanic viewers. Together that demographic comprises more than 30 percent of the daytime audience. So, Kelly may be steadily learning how to package herself to “Today” viewers.

Until she meaningfully reconciles with her past role of vigorously selling Fox’s racially biased and anti-LGBTQ propaganda as news coverage, she may not be able to complete the sale. Others have opined that Kelly should get a chance to leave her Fox years in the rearview mirror; that’s debatable. If she had the goods to be the “actual journalist” she long declared it her desire to be, forgiveness might be simpler.

A year into her career transition Kelly is still crafting her image and perfecting her broadcast packaging.  The unexpected loss of a media personality who represented NBC’s brand for two decades probably means the network will give her the time and maybe even the support to fit in with whatever the next version of its daytime brand will be.

But for the foreseeable future scads of YouTube video compilations of Kelly declaring that Jesus and Santa are white (Merry Christmas, kids!) and whipping up fears about the black community’s so-called “thug mentality” are there to haunt her.

NBC may adjust the package, and Kelly may still be in her moment. But once the fire of #MeToo dies back to embers, she and her new network will be contending with the same problems, only in a different year.