Did Queen Elizabeth reference "The Crown" in her Christmas Day broadcast? 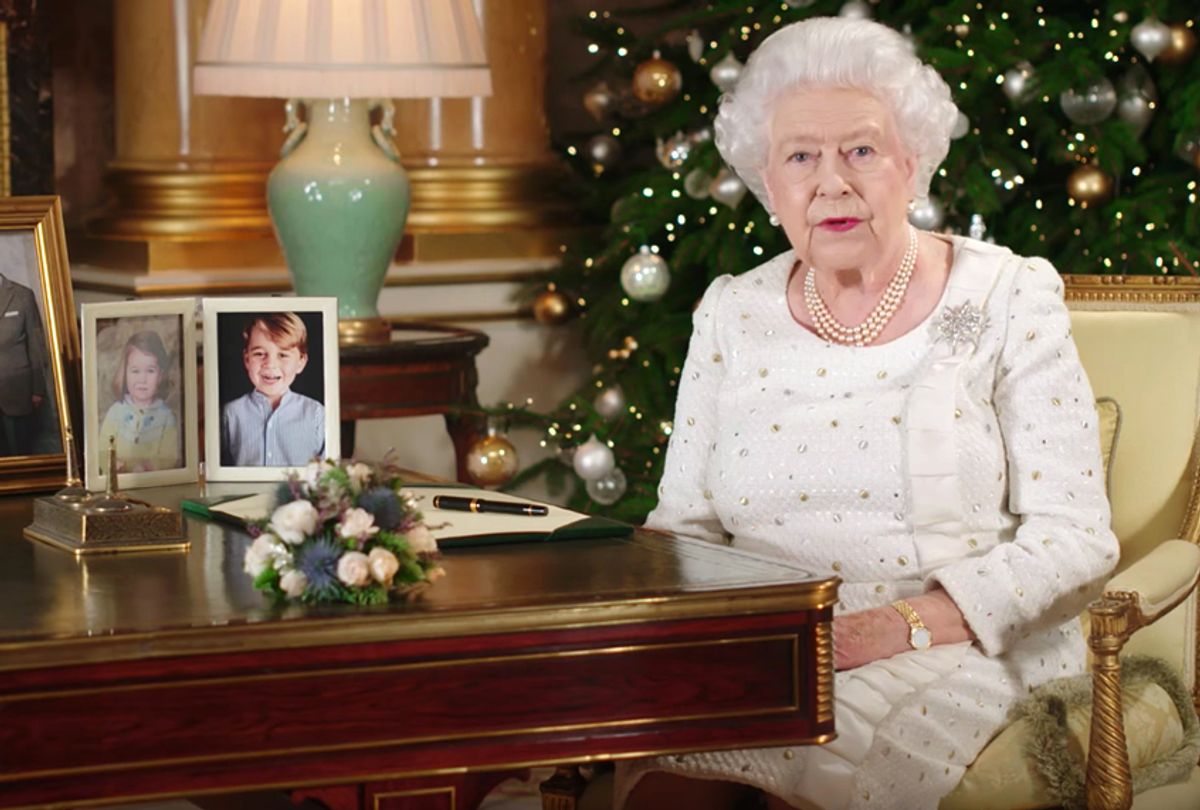 A major plot point of season two of Netflix's "The Crown" is a disastrous and ill-informed speech that Queen Elizabeth, played by Claire Foy, makes to a group of factory workers. In response, Lord Altrincham, a writer and critic, slammed the royal family for being too detached and stiff. One of his suggestions for improving their public standing was for the Queen to televise her Christmas message, a once novel innovation that has become an annual tradition.

The given year marked the 60th such broadcast by the Queen commemorating the holiday season, and Her Majesty spoke about the first time she offered the annual address to the camera.

"Sixty years ago today, a young woman spoke about the speed of technological change. She presented the first televised broadcast of its kind," she said, referencing herself in the third person. "She described the moment as a landmark. Six decades on, the presenter has evolved somewhat as has the technology she described."

"Back then," she added, "who could have imagined that people would one day be watching this on laptops and mobile phones, as some of you are today?" Indeed.

Included in the broadcast was a quick clip of the young Elizabeth making that first broadcast in 1957, a moment reenacted by Foy on the Netflix series below.

Many fans of "The Crown" felt that the Queen was making a shaded reference to the series' narrative, a belief they shared in a quick barrage of Twitter posts.

Did the Queen’s speech just reference The Crown?! Amazing! 👑

While it's generally unlikely the Queen tailored her broadcast to reference the series — if there's one thing the British monarchy loves to do, it's celebrate anniversaries — it has long been rumored that Elizabeth II has watched at least some of the Netflix program and approves of the by-and-large fictionalized account of her early reign.

"The Crown" star Foy has heard these bubblings has but struck a very cautious tone in responding to them. "I will believe it when I see it is all I’ll say," she told Vanity Fair earlier this year.

But, please, dive into both the videos above and scour them for signs of Easter eggs and other evidence. The truth, as they say, is out there.