This year was crowded with brilliant releases, but these 5 stood out 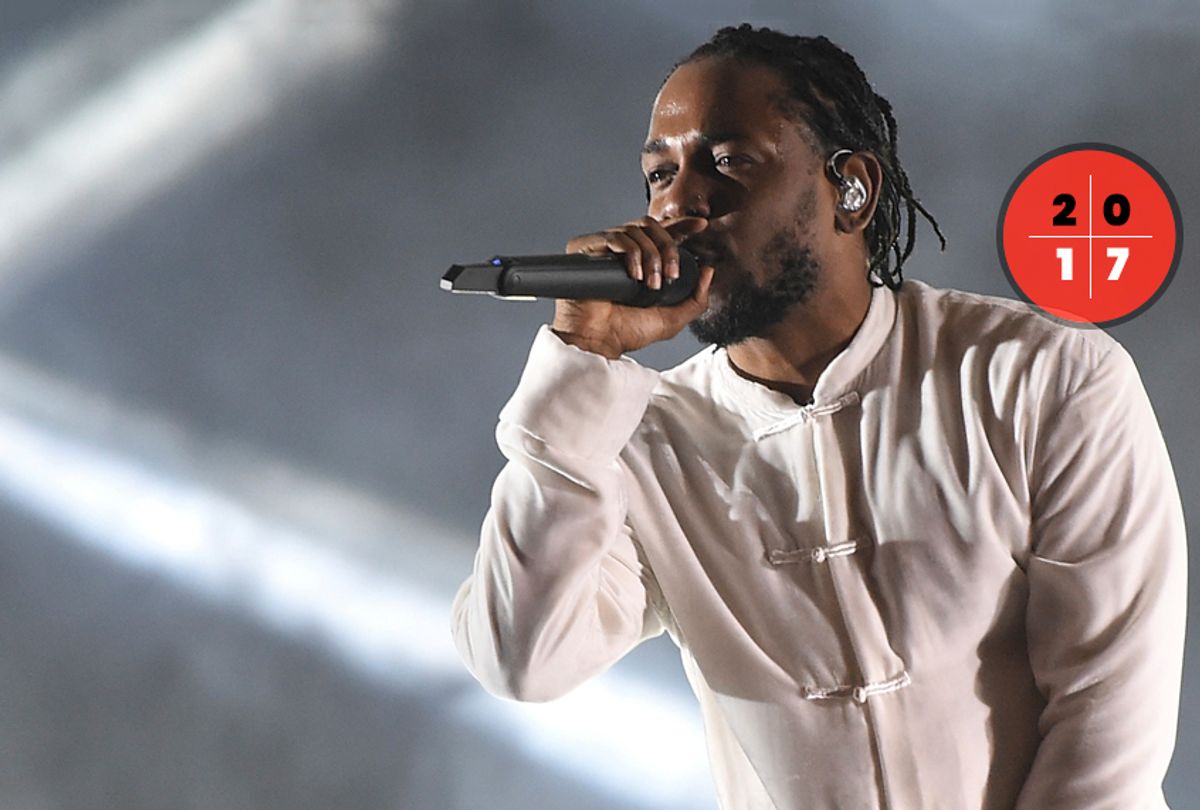 This year has been an exceptional one for music across all genres, but perhaps it was more so for hip-hop. In 2017, the American-made art form became the number-one consumed genre in the country, according to Nielsen Music, and its close cousin, R&B, saw a brilliant revival.

But it was more than mere sales dominance that made this year a watershed moment for rap and hip-hop. While certainly not lacking for all-fun, no-politics club bangers, artists in the genre also rose to our national moment, offering thoughtful, skillful commentary on the struggles of African-Americans — and, indeed, all Americans — as the nation entered the Trump era.

While politically, the U.S. was, and continues to be, in utter turmoil, some of music's most talented delivered albums that made the turbulence just a little bit smoother and easier to understand and digest. Also, they kept our heads nodding with scintillating beats and bars, and we could all always use more of that.

Jay-Z, "4:44"
Any year in which Jay-Z drops an album is a blessed one. But in 2017 we saw more than just a pioneer returning for the sake of a comeback. Across "4:44", the rapper addresses systematic racism, how to build wealth in the black community, the homosexuality of his mother and his newfound self-reflection and ownership of his past struggles. It's unequivocally the most personal, political and vulnerable work Jay-Z has ever delivered. Even beyond its sonic and lyrical value, it demonstrated the way hip-hop, which has always been seen as a young person's game, has room for the evolved and mature.

Kendrick Lamar, "DAMN."
It was a crowded season for hip-hop, but Kendrick Lamar stood out. On "DAMN." Lamar is introspective, daring, sharp and unmatched in his storytelling. As always, the beats behind him are electrifying. Lamar had already proven himself a modern leader of the genre. "DAMN."cements a place for the Compton king alongside hip-hop's greatest ever.

SZA, "Ctrl"
Ask almost any fan of hip-hop and R&B what their most played album of the year is, and many will say it's the rippling, fertile "Ctrl." As personal and vulnerable as SZA allowed herself to be on the album, "Ctrl" resonated in a very universal way. It just gets stronger with each listen and more and more of a touchstone for women. It's little wonder that she collected five at the 2018 Grammys.

Migos, "Culture"
Whether you're deep into the trap sub-genre of hip-hop or not, the influence of Atlanta sounds and artists was hard to miss this year. In the mainstream it was best represented by Migos, a trio of rappers from Lawrenceville, Georgia. Their buoyant single, "Bad and Boujee," released in late 2016 and made them a hot, upstart property. But when "Culture" dropped in January of this year, "Bad and Boujee" wasn't even its best song. The album has seen them turn from up-and-comers to solidified stars.

Daniel Caesar, "Freudian"
Daniel Caesar was not very well known before his debut LP "Freudian" dropped in August. But this intriguing, remarkable album has launched the 22-year-old Canadian onto the scene, making him a force to be reckoned with as we move into 2018. "Freudian" is anchored by Caesar's brilliant, almost spiritual sound. The production, too, is a dreamscape that glides under Caesar's syrupy vocals and meditative songwriting.