A nightmarish gift to all 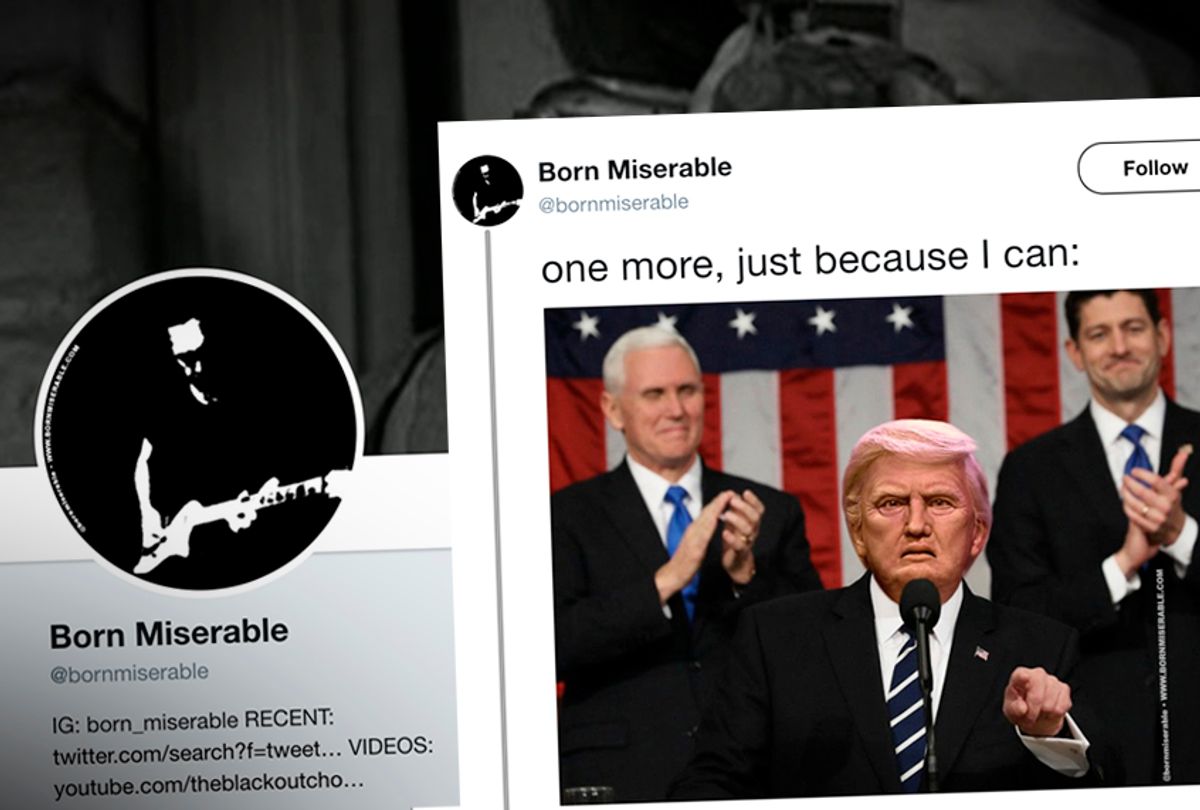 As if Walt Disney's animatronic version of President Donald Trump isn't frightening enough, we can now see what it would look like if the animatronic figure became the actual leader of the free world.

For no other reason than to provide some quality entertainment to finish off the year, Twitter user @bornmiserable posted edited photographs of the real-life Trump on his Twitter feed last week, images that replace the president's face with that of his dead-eyed, soulless mechanical doppelgänger. The results did not disappoint.

After initially only creating three edits, the user began responding to requests for various bespoke images of the Play-doh-faced gollum replacing the flesh-and-blood president.

It's all so fake that it's just too real.

As reported earlier, the figure was unveiled at the Hall of Presidents in Walt Disney World in Orlando, Florida, on Dec. 12, quickly becoming a source of mirth and terror. Currently, the Trumpbot stands alongside the previous 44 U.S. presidents and recites a speech with audio provided by the actual Trump. It's an address that largely fails to capture the president's bombastic nature, inflammatory asides and frequently misleading rhetoric, just as the animatronic fails to properly portray the his steely, reptilian squint. As Salon previously reported, some Twitter users edited audio of some of Trump's more controversial quotes onto video of the Trumpbot to fix this problem.

The Hall of Presidents open in 1971, and highlights some of the most prominent moments U.S. history. While all 45 presidential animatronics feature audio recordings, Trump joins former Presidents George Washington and Abraham Lincoln as the only figures to read full speeches.

Last month, performer Jay Malsky was removed from the Hall of Presidents and, subsequently, Disney World after yelling "Lock him up!" during the Trumpbot's speech. Screaming in the dark at a mannequin with the ability to speak, but not the ability to listen or change, Malsky became the voice of 2017.