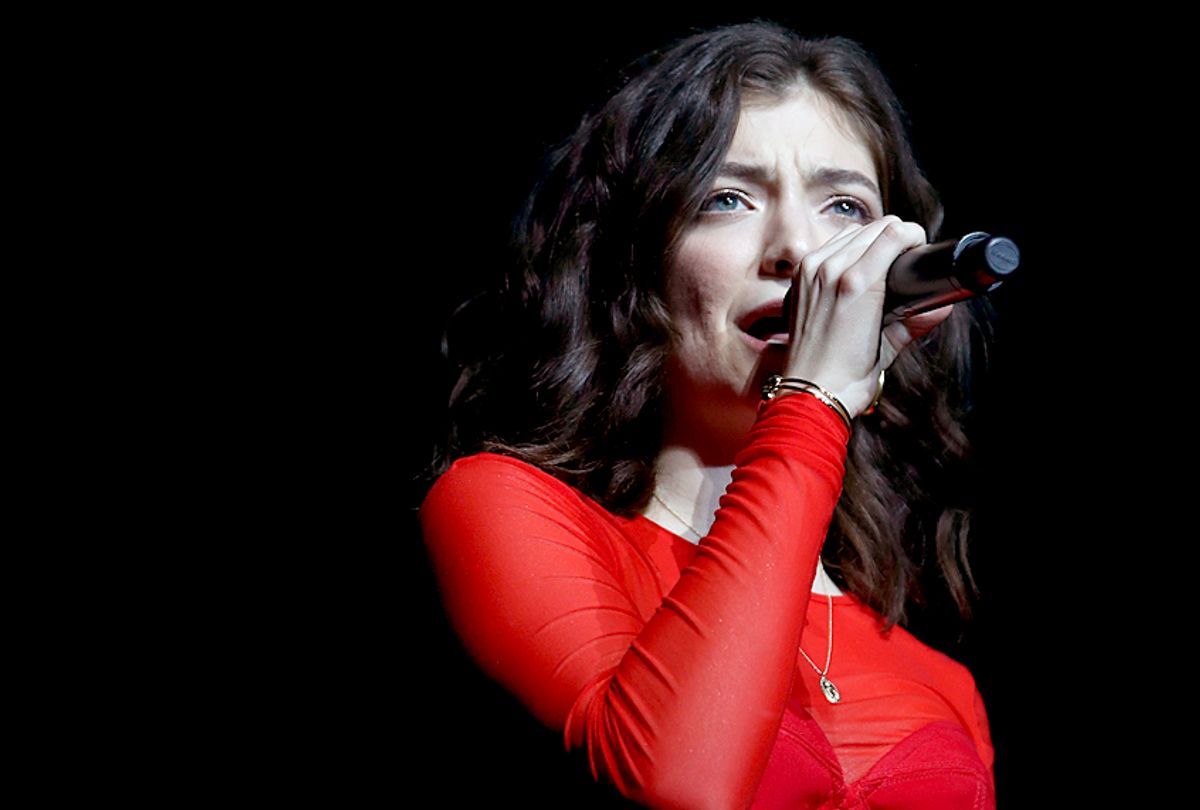 Influential conservative U.S. Rabbi Shmuley Boteach called New Zealand singer Lorde a "bigot" and suggested that she was now a part of "a global antisemitic boycott of Israel" in a Dec. 31 full-page ad published in the Washington Post. The ad was a response to the artist's recent cancellation of a planned concert in Tel Aviv.

After considerable grassroots efforts and commentary asking her to reconsider playing Tel Aviv, Lorde, 21, cancelled the scheduled show in Israel late last month saying in a statement, "I pride myself on being an informed young citizen, and I had done a lot of reading and sought a lot of opinions before deciding to book a show in Tel Aviv, but I’m not too proud to admit I didn’t make the right call on this one." She added, " Tel Aviv, it’s been a dream of mine to visit this beautiful part of the world for many years, and I’m truly sorry to reverse my commitment to come play for you. I hope one day we can all dance."

In cancelling the show, Lorde joined a considerable number of artists who have also boycotted Israel, often in conjunction with the Boycott Divestment and Sanctions movement, an effort which seeks to enact changes to Israeli policy towards Palestinians through economic means.

In joining the boycott in a non-official capacity, Lorde fell under criticism from both pro-Israel groups and conservative voices. Not only did the Israeli ambassador to New Zealand lambast her move while requesting a meeting with Lorde, but Roseanne Barr called her a "bigot" in a now-deleted tweet.

In the Saturday ad, Boteach, who has ties to the American conservative movement, echoed these criticisms writing, "21 is too young to be a bigot."

In addition to calling the BDS movement "anti-Semitic," Boteach, who ran for the U.S. House of Representatives in 2012, noted that neither Lorde or BDS advocates ignored the situation in Syria, choosing instead to focus on policy change in Israel.

He added that he believes there is a "growing prejudice against the Jewish state" in New Zealand that is "trickling down to its youth," citing the nation's votes at the UN to against the U.S. recognizing Jerusalem as Israel's capital and condemnation of the expansion of illegal Jewish settlements in occupied Palestinian territories.

This is not Boteach's first controversial full-page ad in a nationally published newspaper. In 2015, the rabbi used an ad in the New York Times to declare that Susan Rice, national security advisor to President Barack Obama, was partially responsible for the Rwandan genocide of 1994 thanks to her work as director for international organizations and peacekeeping under President Bill Clinton.

Boteach responded to the controversy over that statement by saying, "It was construed by some as a personal attack, that is certainly and absolutely not its intent."

. . . it’s so sad to see a pop star like Lorde going over to the dark side of bigotry and antisemitism at such a young age. Even more hypocritical was her announcement that she would be keeping her engagements in Putin’s Russia, that global font of Nobel-prize grade humanitarianism. Lorde’s decision to play in Russia, which has backed the murder of 500,000 Arabs in Syria under Bashar al-Assad, makes a mockery of her tour and will forever undermine any legitimate pretense she might otherwise have had to be a human rights activist.

He also wrote, "Just in case Lorde may be reading this column, has a conscience, and is interested in repentance, let’s be clear. The sole purpose of BDS is to destroy Israel. It has no interest whatsoever in Palestinian rights." He added, "Lorde, you are young. But youth is not excuse for anti-Semitism and bigotry."

He finished his column, saying, "Perhaps it’s time for Lorde to ask guidance from the Lord and try and fix a severely broken moral and spiritual compass."

Boteach, whose efforts are in part funded by Sheldon Adelson, often criticizes popular figures in the American mainstream for perceived anti-Semitism, has allies on the American far right. After the Anti-Defamation League, a Jewish advocacy group, decried the appointment of alt-right agitator and Breitbart publisher Steve Bannon to a White House position, Boteach defended the proponent of various far-right ethnic theories.

In an open letter to Jonathan Greenblatt, CEO of the ADL, published on The Hill, Boteach wrote warmly of Bannon's treatment of Jewish employees, Breitbart's opposition to U.S.'s 2015 nuclear development limitation deal with Iran and said that the publication "also defends Israel constantly against the anti-Semitic BDS movement whose goal is the economic destruction of the State of Israel."

On top of contributing to many mainstream outlets, the Wall Street Journal and HuffPost among them, Boteach, whose background is in marriage counseling, has contributed to Breitbart. A recent article published there is titled, "Trump's emergence as a great champion for the Jewish people."