The Golden Globes are irrelevant; Sunday's awards show may not be

Forget about the statuettes and the drunken celebs, it's the off-screen issues that count in 2018 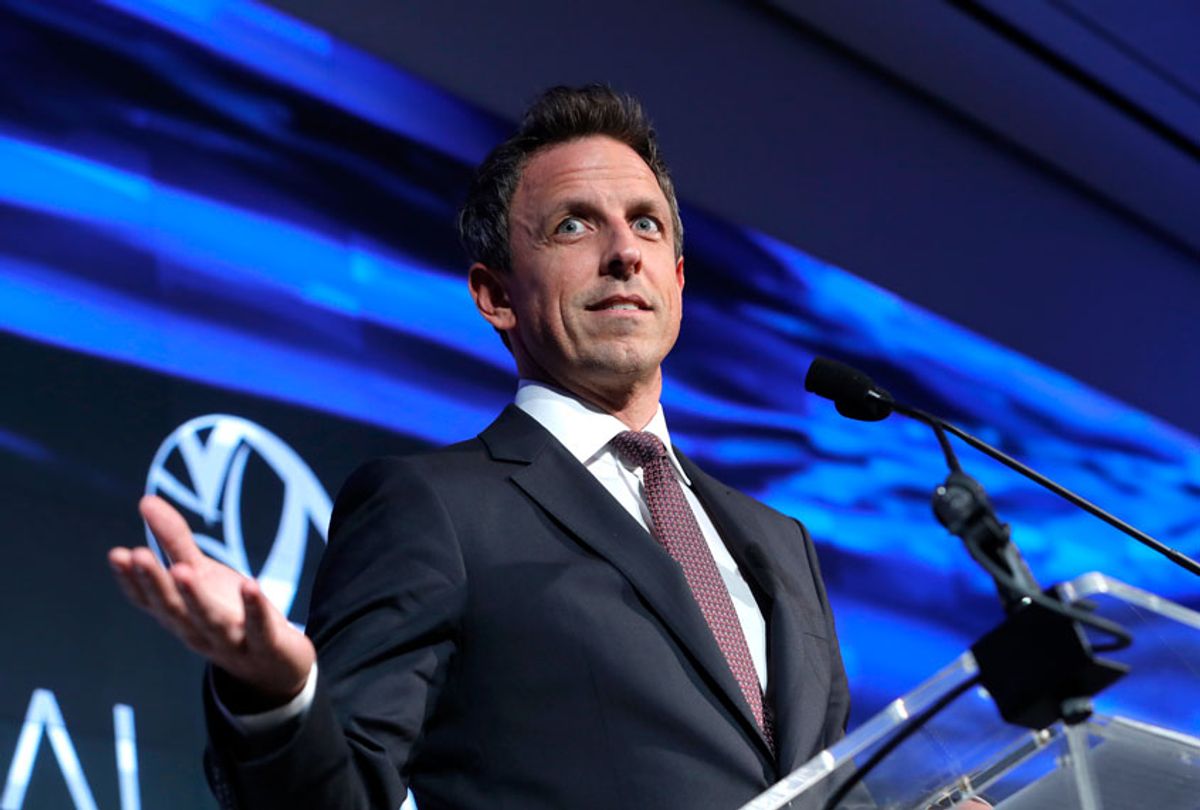 Sunday, the 75th annual Golden Globe Awards ceremony will bow on NBC and, God, it seems so difficult to care at the moment.

Paling in comparison to events in the political sphere coming at us at ever-increasing speed, the contest over who will take home the honors handed out by the collection of writers, junket lingerers and open-bar loiterers that is the Hollywood Foreign Press Association seems even more irrelevant and hollow than it has in recent years.

Sure, if the 2018 edition of the awards offered a genuine and well-thought-out slate of contestants, the Golden Globes might have arrived as a welcome distraction from our grindingly manic news feeds — but it does not.

"Get Out" is slated in the Best Motion Picture - Comedy category while the "Big Sick" was left on the outside looking in. Jordan Peele and Greta Gerwig aren't in the running for Best Director. "The Florida Project," "Columbus," "Phantom Thread" and many worthy others didn't merit a Best Motion Picture - Drama nomination, but "The Boss Baby" did find placement in the Best Motion Picture - Animated category. Christopher Plummer somehow gained entry into the Best Supporting Actor in a Motion Picture slate despite the fact that his work in "All the Money in the World" was not available in final-cut form yet (truly, it's unlikely the majority of Association members could have seen his performance at all should they have been interested).

It's somewhat better on the television side of the program, but not by enough to create interest (besides the manufactured drama created by cynically pitting multiple women from the same shows against each other in the Best Performance by an Actress in a Limited Series or Motion Picture Made for Television).

All in all, it's a contest so lightly tethered to what actually happened in this very exciting year of big- and small-screen work that almost reaches out and demands you not care about its outcome. Even the prospect of watching Nicole Kidman, Reese Witherspoon and Laura Dern drink too much Moët and tumble over each other on live television isn't quite enough to change that.

For those who raise a finger and whisper, "But what about its effect on the Oscar race?," know that this year's Golden Globes are a poor preview of those honors. Expect to see different nominees in almost every category and a few honest-to-God Oscar winners who the Globes didn't even consider.

And, yet, there is at least some reason to tune in. While the Globes, on paper, are more irrelevant now than ever, the awards ceremony itself comes at a particularly ripe time with potentially interesting moments in the offing.

It's not too much to say that the Globes ceremony this year is, at least in appearance, a benefit gala for and a symposium on the ongoing, absolutely necessary #MeToo movement. This is, after all, the first major Hollywood event since the revelations about Harvey Weinstein's alleged pattern of sexual predation opened the floodgates on the issue, sweeping away more than a few accused abusers in a righteous wave and transforming the conversation about women and their place in the industry. It's not for nothing that Time's Up, the most organized and well-funded reaction to the breaking issue, made its first public statement of intent the Monday before the ceremony.

With women — and men — donning all black to protest against harassment and abuse in the industry, every red-carpet shot, every peek into the audience to see who's drunkenly giggling will underline the issue. Yes, it's t-shirt activism, but it's a strong visual nonetheless.

With wins likely for "Lady Bird," Saoirse Ronan, Greta Gerwig, "The Handmaid's Tale," Elisabeth Moss, Issa Rae, Reese Witherspoon and, yeah, maybe Meryl Streep, expect the issue to come up on the podium as well. Don't be surprised if the organizers let these women (and sometimes men) run long in their speeches for both content and applause breaks.

Host Seth Meyers, who will no doubt spend a significant amount of time ripping into President Donald Trump, will also be offering constant #MeToo commentary. "It’s an opportunity to be able to say some things that you wouldn’t be able to say in previous years,” he told Time. Add to that the fact that there's at least a potential for some solid representation of people of color in the winner's circle — though that could just as easily not happen — and it could be a good mix of relevant moments.

Yes, there's something slightly cynical about all this. Award shows are always an opportunity for the lights of Hollywood to pat themselves on the back for not only their own perceived talent and charm, but for what they see as their essential and graceful moral leadership (George Clooney's 2006 Oscar acceptance speech is a perfect example).

This year's Globes give the high and mighty a chance to applaud themselves for their reaction to #MeToo, to separate themselves from the perpetrators, to appear on board with the cause. Of course, there will be many clapping in attendence who either did nothing in its wake, helped maintain the cone of silence that let predation fester and grow, or are themselves abusers in one way or another. For those individuals there, it's goodwill bought cheap, as a Golden-Globe winning actor said in his honored role.

And, indeed, even if the Globes does become a massive and positive coming-out party for #MeToo, there's also the large chance it could be of no consequence. Will a single male predator who happens to watch it change his ways because Streep or Williams or Ronan hammers home a point about sexual abuse on stage? It's unlikely.

And yet, and yet, and yet, #MeToo does deserve a non-figurative moment in the spotlight, a celebration of what it's done and what it can and will do. As objectively hollow as some of what happens on Sunday will be, as much as it will give the appearance of moral leadership to an industry that in no way deserves it, as it may give only the facade of men listening, it will at least be a moment when survivors at home can look at their screens, see someone holding a statuette while wearing a beautiful black dress and talking about abuse and say, while sitting on their couches, "yeah, me too."

We haven't had something quite like that and, Sunday, the Globes has at least the opportunity to offer at least a simulacrum of progress, of change, of understanding that could be not just a comfort, but an arrow pointing a way forward. In this, for at least this year and for at least one night, they could be downright worthy.

Of course, the ceremony could really blow it, which would make for some very solid train-wreck television as well.