Peter Thiel may be trying to launch a conservative cable news network: report

A new report claims the tech mogul, who has publicly supported Donald Trump, is dreaming of a Fox News competitor 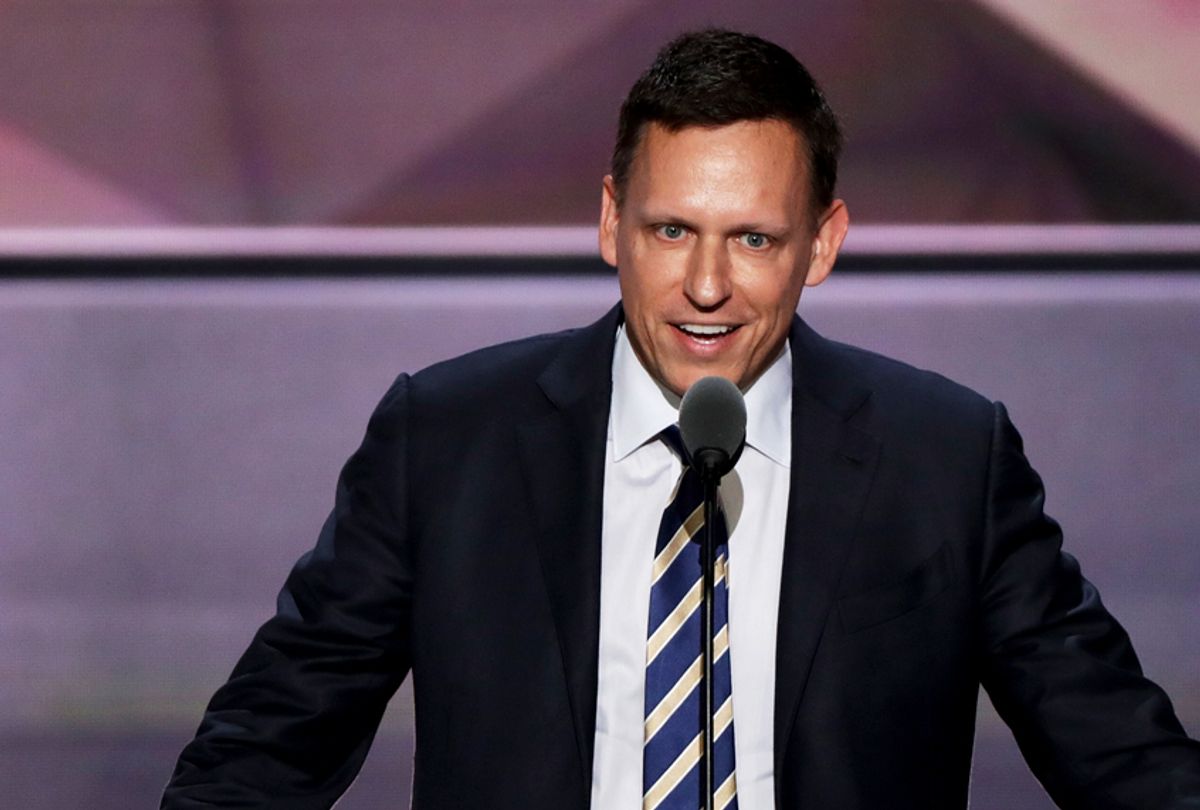 Will Fox News have a competitor in the near future? Billionaire venture capitalist Peter Thiel is reportedly eyeing the possibility of creating a conservative cable news network, BuzzFeed reports — and the billionaire’s representatives have allegedly recruited the Trump-allied Mercer family to assist with funding.

The information was reportedly given to BuzzFeed by “two sources familiar with the situation.”

According to the report, the prospect of a right-wing cable news network has been on Thiel’s mind for quite some time. He is alleged to have had talks with Roger Ailes, the former CEO of Fox News, before Ailes' death in May 2017 — a tidbit of information that came from Michael Wolff's upcoming book, "Fire and Fury: Inside the Trump White House."

Wolff's book claims both Ailes and Thiel were concerned that “Trump could bring Trumpism down.” The two were planning to meet in May, according to BuzzFeed's account, but Ailes passed away before the meeting happened. BuzzFeed says that the book suggests that had Ailes not died, right-wing commentators Bill O’Reilly and Sean Hannity could have been part of the network, too.

Neither Thiel nor Ailes’ late wife, Elizabeth, commented on the BuzzFeed News report.

If true, the prospect of a news network would be an interesting move for Thiel, who has had his own quarrels with the media. The Paypal co-founder and early Facebook investor — who has publicly supported Trump, and spoke at the Republican National Convention in 2016 — financed Hulk Hogan's lawsuit against Gawker Media, helping to purposely bankrupt the online magazine.

Thiel had a personal vendetta against Gawker, but denied that he wished to get revenge on the magazine for negative publicity. “It’s less about revenge and more about specific deterrence,” he told The New York Times in a 2016 interview about the lawsuit. “I saw Gawker pioneer a unique and incredibly damaging way of getting attention by bullying people even when there was no connection with the public interest.”

Of particular interest is the Mercer family’s supposed involvement. Robert Mercer, a hedge fund tycoon, was one of Trump’s top campaign donors. After it was revealed that Robert Mercer had helped fund right-wing firebrand Milo Yiannopoulos and Breitbart News, Mercer stepped down as CEO of his firm and disputed claims that he supported Yiannopoulos's views.

“Actions of and statements by Mr. Yiannopoulos have caused pain and divisiveness undermining the open and productive discourse that I had hoped to facilitate,” Mercer wrote in an open letter. “I was mistaken to have supported him, and for several weeks have been in the process of severing all ties with him.”

Mercer reportedly also removed himself from his connections with Breitbart and Steve Bannon at this time too, according to the New York Times.

Yet would a right-wing cable news network run by Thiel and Mercer be that different from Fox News? It's tough to say.