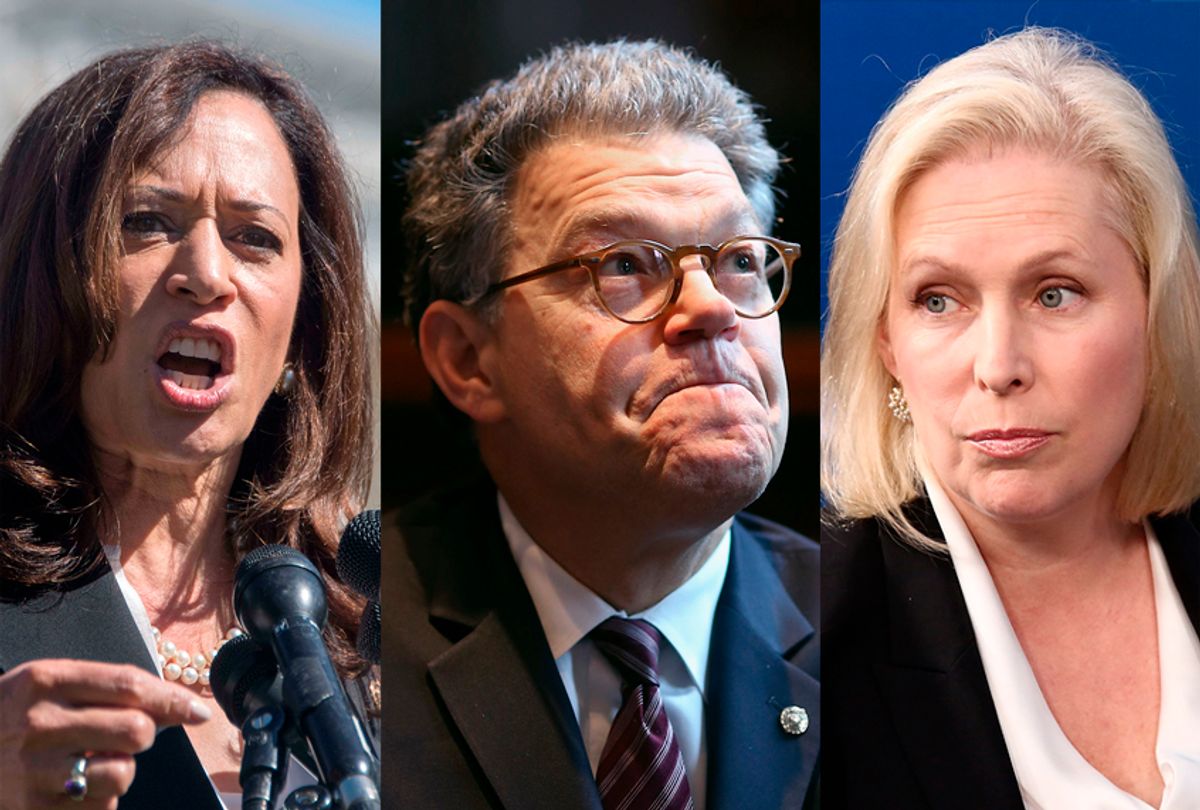 One of the Democratic Party's most significant financial patrons is contemplating withdrawing her support from politicians she says moved too quickly to pressure former Minnesota Sen. Al Frank to resign his office amid accusations of sexual assault.

“For me this is dangerous and wrong,” the donor, Susie Tompkins Buell, told the New York Times in a text message. “I am a big believer in helping more women into the political system but this has given me an opportunity to rethink of how I can best help my party.”

Buell argued further that Franken's rapid resignation did not allow him sufficient time to respond to the multiple accusations he faced before he was pressured to resign. His last day in the Senate was Jan. 2.

“In my gut they moved too fast,” she wrote. Franken “was never given his chance to tell his side of the story,” Buell added.

According to campaign finance records collected by OpenSecrets, Buell has given Democratic candidates millions of dollars over the decades individually and through her foundation. She made her fortune as the founder of the clothing company Esprit.

Speaking to the Times, Buell particularly singled out New York Sen. Kirsten Gillibrand, the first Democrat to speak out against Franken. Gillibrand has made advocacy for sexual harassment victims one of her signature issues and is sometimes mentioned as a potential presidential candidate for 2020.

"I believe she miscalculated and has shot herself in the foot,” Buell said. “I have supported her for many years. Will I going forward? To be determined.”

In a Facebook post that did not directly mention Buell, Gillibrand argued that her action against Franken about keeping her principles and showing leadership.

“We have to rise to the occasion, and not shrink away from it, even when it’s hard, especially when it’s hard,” Gillibrand wrote. “That is what this larger moment is about. So, I have spent a lot of time reflecting on Senator Franken’s behavior. Enough is enough. The women who have come forward are brave and I believe them.”

In his final speech from the floor of the Senate, Franken noted that he was quitting even as President Donald Trump has also been accused of sexual assault.

"I am leaving while a man who has bragged on tape about his history of sexual assault sits in the Oval Office," Franken said.

Supporters of Franken's resignation argued that his departure was an affirmation of the #MeToo movement and encouraged women to stand up and tell their stories of sexual harassment and assault.