Jimmy Kimmel on the 90th Oscars: Anything can happen

Two months before the Oscars air on ABC, the only thing the host can tell us is that he has no idea what he'll say 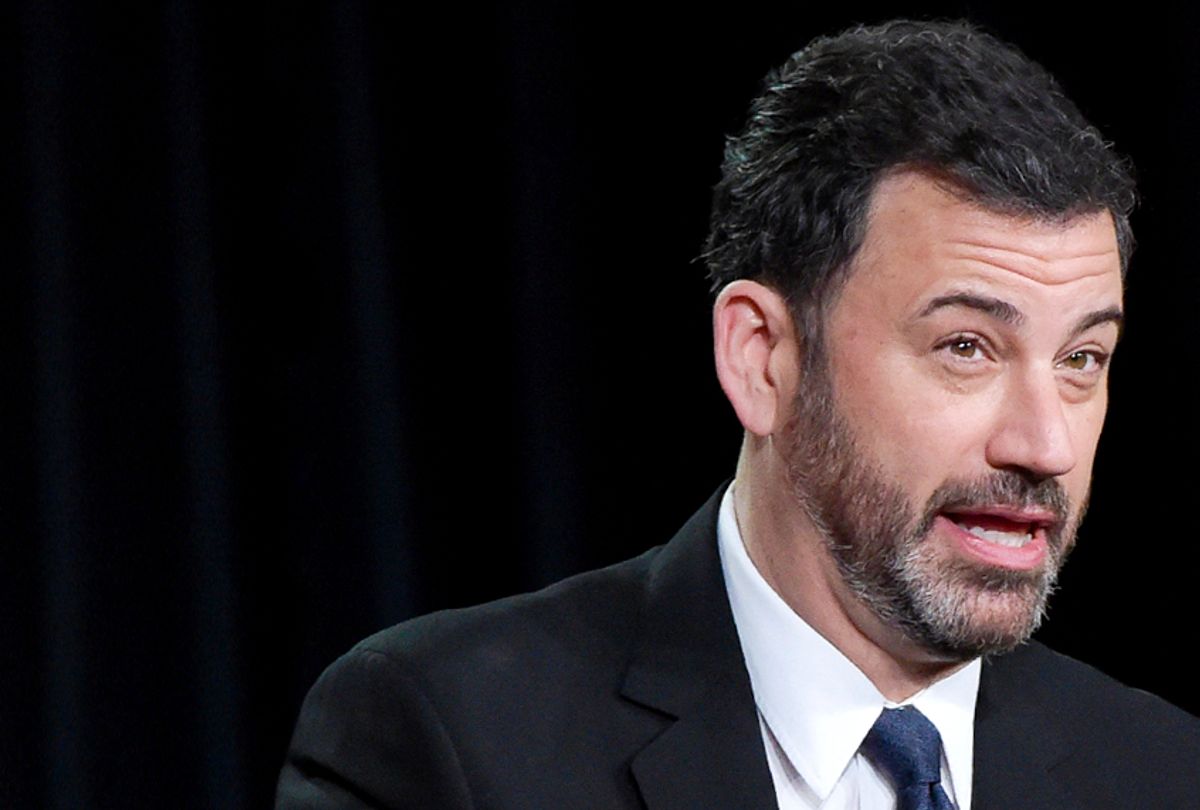 Once the worst has happened, everything that comes after is cake.

As Jimmy Kimmel returns to host the 90th Oscars, perhaps this knowledge will bring him a greater sense of calm in comparison to the pre-game for last year’s telecast.

Mind you, Kimmel did a tremendous job in his inaugural outing with the Academy Awards. He lent an amiable ease to the role, coming across as playful and employing just the right amount of raciness and cheek.  Kimmel succeeded by playing to his innate skill of appealing directly to the political middle, an important move following a rancorous election that put a polarizing autocrat into the highest office in the land.
“You can, but you just don't know,” Kimmel said. “I mean, you know, who's to say Harvey Weinstein is going to be alive in two months?”

Had he achieved anything less, another man or woman (but, let’s not kid ourselves, it would be a man) would be on the job this year.

The very fact that his performance is remembered with fondness after the wrong movie was announced as the winner in the category of Best Picture is not a minor miracle so much as a testament to his skillful handling of one of the most thankless jobs in TV, as well as one of the industry's most alarming and public mistakes.

On Monday, while addressing reporters attending a press conference hosted by ABC in Pasadena, CA.,  Kimmel was sanguine when queried about the prospect of lightning striking twice. “If it happens again, literally everyone that works at ABC should be fired, right?” he told the room. “Because if it happens one time that’s, I think, understandable. But if it happens a second time, no one is competent enough to be running a television show or network"

However, if it does, Kimmel added, “I would have to admit, it would tickle me deeply.”

Last February, when Kimmel helmed the 89th Oscars, he was not known for trading in barbed zingers aimed as opportunistic congressmen or the skewering the hypocrisy and greed of the commander-in-chief. The host of ABC’s “Jimmy Kimmel Live!” made headlines for doing exactly that since then, as we know, championing affordable healthcare and protecting medical benefits for children and families.

That subject matter hasn’t been placed on the back burner per se, as much as turned down to a low simmer to spotlight Hollywood’s reckoning with sexual harassment and women’s unequal treatment in the workplace continues.

Seth Meyers handled the topic deftly in hosting the Golden Globes Sunday, but he did so with a light touch. Meyers knew his part in an evening meant to focus on women and women’s rights was limited to that of a train conductor. In that respect, he kept things rolling to the best of his ability.

Kimmel told reporters he approves of Meyers performance, and he also found the celebrity statement of wearing all black in solidarity with #MeToo and the Time’s Up initiative refreshing.

“People were talking about something for once,” he said. “Typically it's just, “What do you have on your body? What fabrics are on your body?’ And I thought, at the very least, it was great to see people discussing something of significance, you know. Ultimately, how can you argue that any of this is anything but good?”

But Kimmel has no idea what form fashion or political statements will take two months from now, leaving him  no choice but to keep it loose. His writers may be formulating a basic outline for the event — a team, he notes, that consists of seven men and four women, including his wife. But he freely admits that they have a clue as to which topics will inform the tone of his monologue. ABC’s telecast of the 90th Oscars airs on Sunday, March 4, at 8 p.m. Eastern and 5 p.m. Pacific on ABC. Nominees have yet to be announced, and just as pertinently, with the news cycle sped up to supersonic, nobody has a clue as to what will be dominating the headlines.

“It’s almost like getting into a hot tub or something: You can’t really know what the temperature is until you get there,” he told reporters. “. . . So if you ask me, like, the night before, I will have a much better answer for you."

Addressing how prominently the topic of sexual harassment will be featured in his presentation, Kimmel offered, “Suffice it to say, I am sure that it will be part of the subject matter of the show. Unless there’s a nuclear weapon headed towards Sacramento that night or something. Then we will probably skip it and go right to that.”

Kimmel’s second outing as the host of Oscar comes after a year that changed him both personally and professionally. In the last year the star’s infant son Billy was born with a heart condition requiring him to undergo several surgeries. During this experience he witnessed the financial struggles other families face in seeking medical care for their children, which moved him to use his late night series platform to champion the cause of affordable health care.

The host’s moving monologues on “Jimmy Kimmel Live!” made headlines and placed him at the center of the national debate over the Affordable Care Act and congressional efforts to repeal it. But when asked about his impact on political conversation, Kimmel downplayed his influence.

“There are people who give me credit for saving Obamacare and I reject that,” he told reporters. “It is just such a no brainer that Americans reacted. I mean, you see a guy you think you know, and his baby has had a serious health issue. I just brought up [that] other people have babies and children, and who themselves, have serious health issues. I don’t think it’s particularly remarkable that Americans reacted that way because ultimately whatever side we’re on, we agree on that: that we have to take care of children.”

At this time, he doesn’t plan to bring material addressing healthcare to the Oscar stage.

“Ultimately you have to remember why you are there and it’s not about you, and you’re there to entertain people who are there on the biggest night of their lives,” he told reporters. “If it gets too heavy, then I think you’re taking away from that.”

Still, the conversations of the day are certain to play a part in the proceedings, although certainly a few of the topmost names will have changed. Except, maybe, for the ones whose actions lit the candles of a movement.

Post- press conference, as Kimmel spoke with a smaller group of reporters, someone offered that Kimmel and his writers could start writing jokes about Harvey Weinstein right now.