As Samantha Bee explained, real important news happened this week, even as the media was distracted by a book 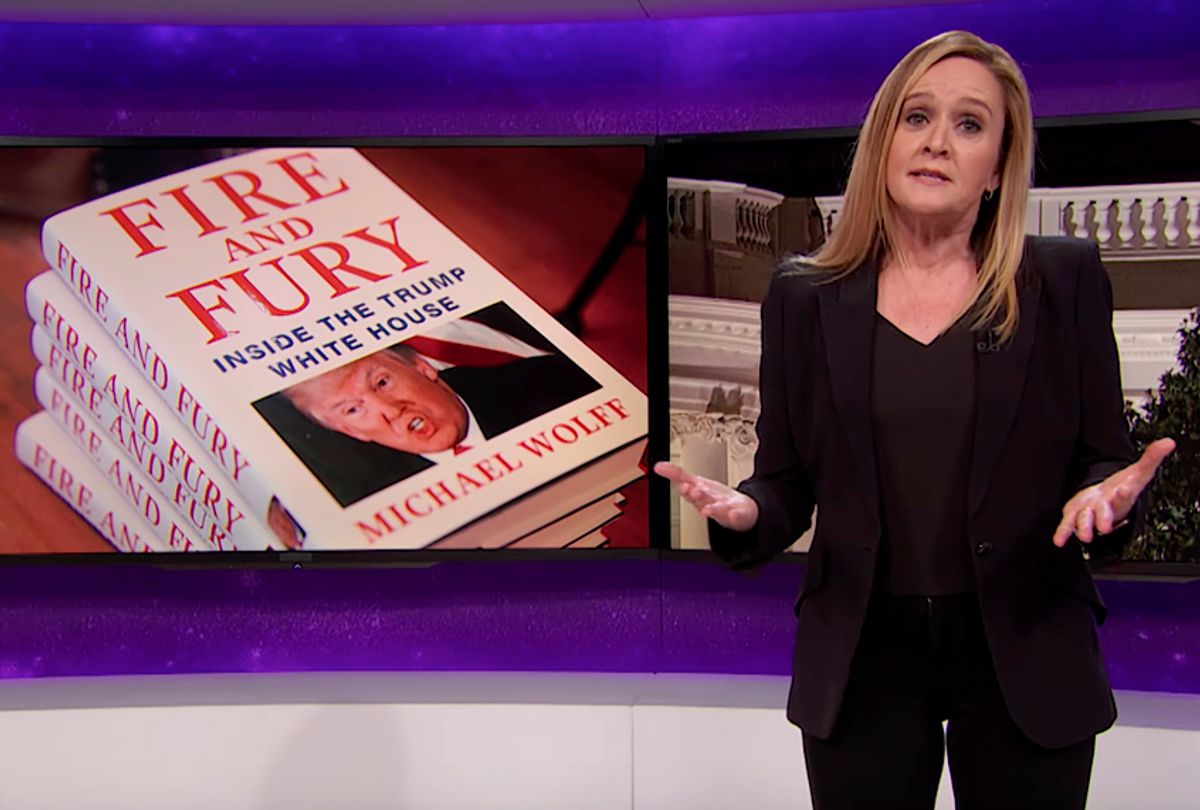 Samantha Bee's most recent episode of "Full Frontal" may have been one of her best. Instead of gobbling up every salacious detail of the political book that has been dominating the airwaves — namely, Michael Wolff's insider look at President Donald Trump's White House, "Fire and Fury" — Bee explained how the excessive focus on that book had distracted the media from more important issues and blinded them to its shortcomings.

"Fun as it is, it's riddled with inaccuracies. It's thinly sourced and full of typos," Bee pointed out. Nevertheless, she noted that it had led to at least one real-world political consequence — namely, the dissolution of Trump's alliance with his former Chief Strategist Steve Bannon, who also left Breitbart as a result of his rift with the president. "Fire and Fury" reported that Bannon described a June 2016 meeting between Trump campaign aides (including the future president's own son) as "treasonous" and "unpatriotic."

Yet while the book did manage to have an impact in the political world, Bee criticized it as being "basically the book length version of a Trump tweet — only vaguely truth-adjacent but incredibly distracting" and a "shoddy ninth generation Xeroxed copy of 'Game Change.'" Consequently, she expressed disgust with the fact that its popularity has managed to eclipse more important news stories such as the Department of Justice wanting to add a question about citizenship on the upcoming 2020 census and Trump suspending military aid to Pakistan.

Bee closed by explaining how the speculation about Trump's mental fitness that was kicked off by "Fire and Fury" could, in many ways, double as a critique of the media's response to its publication.

"Yes Trump is easily distracted, doesn't care about the truth and focuses on whatever shiny thing is in front of him. But if that's enough to get you declared mentally incompetent — " Bee said, cutting to a picture of a group of people reading "Fire and Fury," before finishing her point, "— they're gonna need to build a bigger asylum."