For the first time ever, anchors, reporters and analysts swore up a storm in their coverage of Trump's outburst 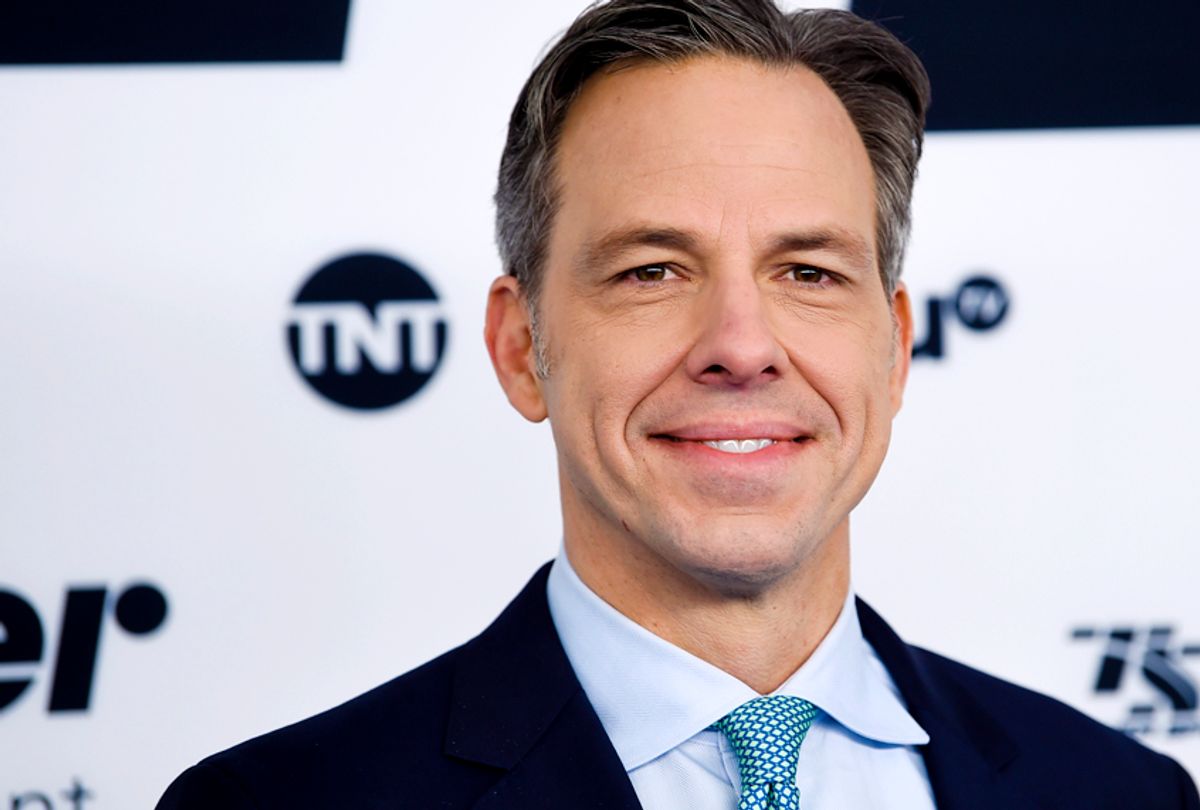 The only thing that truly matters about the reports of President Donald Trump using profane language while spelling out his racist, exclusionary immigration agenda during a meeting with congressional leaders Thursday is that the commander in chief's arguably bigoted, definitely callous and vicious attitude toward both undocumented immigrants who grew up in this country and individuals from Haiti, El Salvador and Africa desiring to enter the United States legally.

That said, the president's alleged statements forced a particularly odd, certainly historic moment in live-broadcast media. Given the profanity involved, news outlets across the spectrum were faced with a dilemma: Report Trump's use of the word "s**thole" accurately and fully by employing the otherwise banned word in order to give the moment proper context and weight, or tiptoe around it, and in so offer undercooked, incomplete coverage. Most chose the former and swore up a storm on live television.

Anchors, analysts and reporters BBC, CNN, MSNBC, Fox News and major networks all eventually did begin to say the words, gingerly at first, and then with gusto. Chyrons and headlines displayed on screen, too, first used the same sort of asterisks you see here, then, once the word started coming from the lips of the on-air talent — you can’t say an asterisk, after all — printed the swear in full.

CNN, in particular, was fluid in its use. Jake Tapper, Anderson Cooper and Don Lemon repeated it throughout their Thursday-night broadcasts. Chris Cuomo did them one better by, marker in hand, writing the word out on a whiteboard (as if that was needed for some reason). To be fair, Wolf Blitzer did almost anything he could do avoid saying “sh**hole,” his uncomfortable wrestling match with language being perhaps the most genuinely entertaining part of the night.

And it’s no wonder that’s it would be uncomfortable for the seasoned newsman. Almost since the inception of the medium, television networks have operated under a series of standards and practices that strictly forbade certain, social problematic terms (terms famously spelled out by George Carlin). This was new, unwelcome territory for all broadcasters, perhaps particularly for one like Blitzer who has been working in journalism on and off camera for over 47 years.

This isn’t to say that Carlin’s famous “7 words” are alien to television. Recent years have seen basic cable and major networks relax their standards when it comes to narrative programs, allowing for characters or performers to say certain previously banned words, in certain ways, in certain situations, at certain hours with certain frequencies. Premium cable and streaming sources have, of course, always been a four-letter free-for-alls. Overall, broadcasters' rules have become more fluid and amenable to profanity, perhaps a reflection of our public discourse, perhaps a sign of how necessary it is for non-premium networks to keep pace with their premium brothers.

But this has almost never been the case with live-TV news, where a certain AP-style decorum, performative gravitas and advertiser concerns have keep bathroom language away from a more general audience. When a newsworthy figure swore in the past, reports danced around it even if the figure was of crucial national import.

When then-candidate George W. Bush criticized a journalist using a banned word, no one actually used it. The same goes for reporting on Vice President Dick Cheney’s f-bomb on the floor of the Senate or coverage of the many released historical recordings of past presidents using colorful language, Richard Nixon and Lyndon B. Johnson in particular.

Such avoidance gave the impression that Americans not only expected better of the politicians, but wanted coverage that soared above their worst moments.

This wasn’t the case last night. Without a recording to bleep over, anchors, correspondents and guests dove into profanity, perhaps for good ends. It’s hard to think of another way to convey the gravity of what the president said, the extent to which he debased himself and the nation than to pronounce every syllable of his smear. In this, swearing on air became a legitimate journalistic decision, even if it wasn’t a fully necessary one. In this, it’s easy to guess that such potty-mouthed coverage won’t become the norm, provided that our president doesn’t force the issue again with more foul language.

But, yes, it is just another mark of what Trump is doing to us all. This is a coarse president who uses coarse words to forward a coarse, toxic mindset and agenda. Every day he lowers the bar that much further. Necessary coverage of that, reportage on that requires often sinking a little lower just to keep him in sight. Where the bottom is, who knows, but broadcast journalism inched a little bit further towards it last night. The president gave it little choice.