Cory Booker lashes into DHS's Kirstjen Nielsen: "Your silence and your amnesia is complicity"

After the security secretary said she couldn't recall Trump's comments on Haitians, the senator lit her up 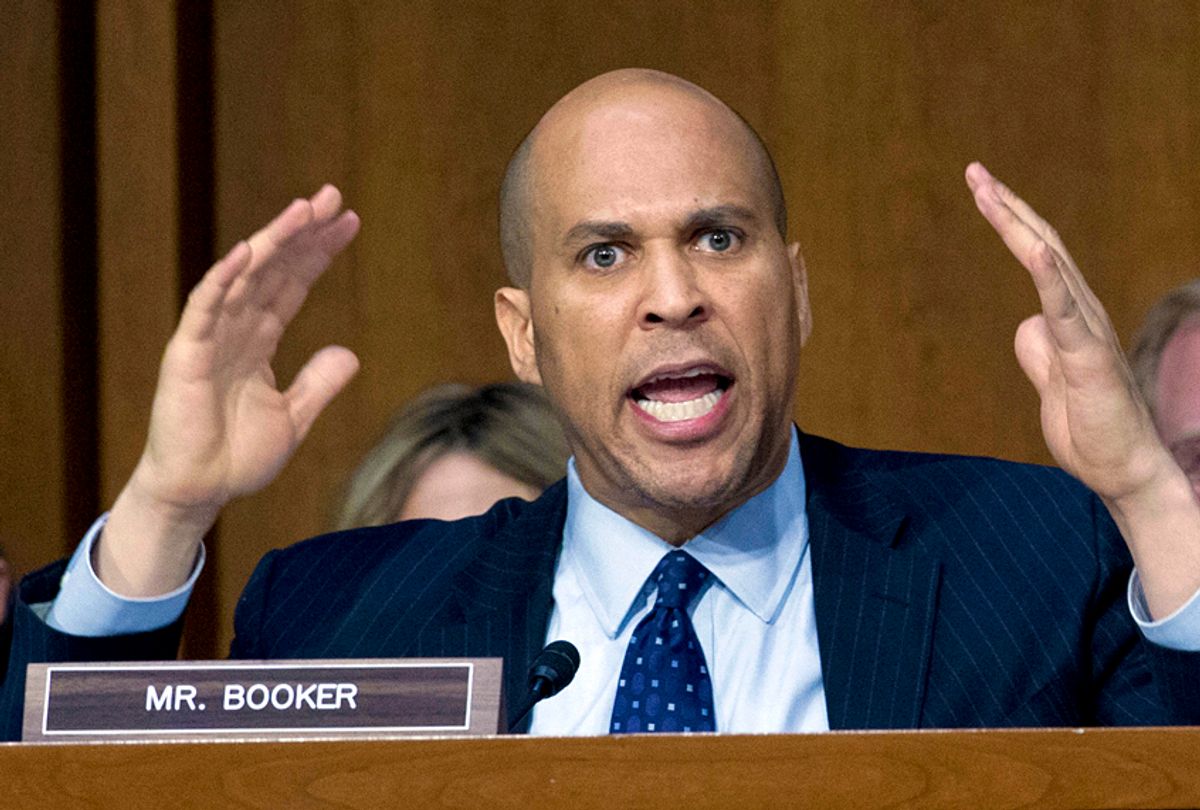 Senator Cory Booker (D-NJ) gained attention Tuesday after delivering an impassioned speech on President Donald Trump's history of racist comments, the hate crimes they may have helped inspire and the complicity of his administration during a Senate hearing.

The New Jersey Democrat, one of the newest members of the Senate Judiciary Committee, condemned Department of Homeland Security Secretary Kirstjen Nielsen over her failure to recall and criticize Trump’s alleged "s**thole" remarks in a meeting last week.

"I sit here right now because when good white people in this country heard bigotry or hatred, they stood up," Booker, a black politician, began. "What went on in the White House, what went on in the Oval Office, is profoundly disturbing to me."

"I hurt," Booker told Nielsen. "When Dick Durbin called me I had tears of rage when I heard about his experience in this meeting, and for you not to feel that hurt and that pain and to dismiss some of the questions of my colleagues . . . when tens of millions of Americas are hurting right now because of what they're worried about what happened in the White House, that's unacceptable to me!"

"Why is this so important? Why is this so disturbing to me? Why am I frankly seething with anger?" Booker said. "We have this incredible nation where we have been taught that it doesn’t matter where you’re from, it doesn’t matter your color, your race, your religion, it’s about the content of your character. It’s about your values and your ideals, and yet we have language that from Dick Durbin to Lindsey Graham, they seem to have a much better recollection of what went on. You’re under oath."

"Your silence and your amnesia is complicity," he told Nielsen.

Booker then talked about the rise in racial violence in the U.S., highlighting Trump's "very fine people on both sides" response to a white supremacist rally in Charlottesville, Virginia, which resulted in violence largely incited by far-right groups.

The senator then cited statistics from an FBI report that said the number of reported hate crimes in 2016 increased, and blamed Nielsen and the Homeland Security Department for neglecting to treat these hate crimes in the same way it is treating Islamic terrorism. Indeed, the Trump administration is dismantling the state apparatus that could be used to prevent racist acts of violence and, specifically, those committed by white terrorists — a shift in policy in which Nielsen, due to her post, is almost certainly involved.

"I do clearly — and I want to be clear on this — abhor violence in all of its forms," Nielsen replied. "I couldn’t agree with you more that the Department of Homeland Security has a duty to prevent violence in all of its forms." Earlier during Booker's impassioned critique, Nielsen rolled her eyes at the senator and, one guesses, his legitimate concerns, the violence he talks about, the seriousness of this moments and, one may suppose, the threats it contains. This is who is providing America with security right now.