No one noticed when a white man planted a bomb in a North Carolina airport last week. Media double-standard? 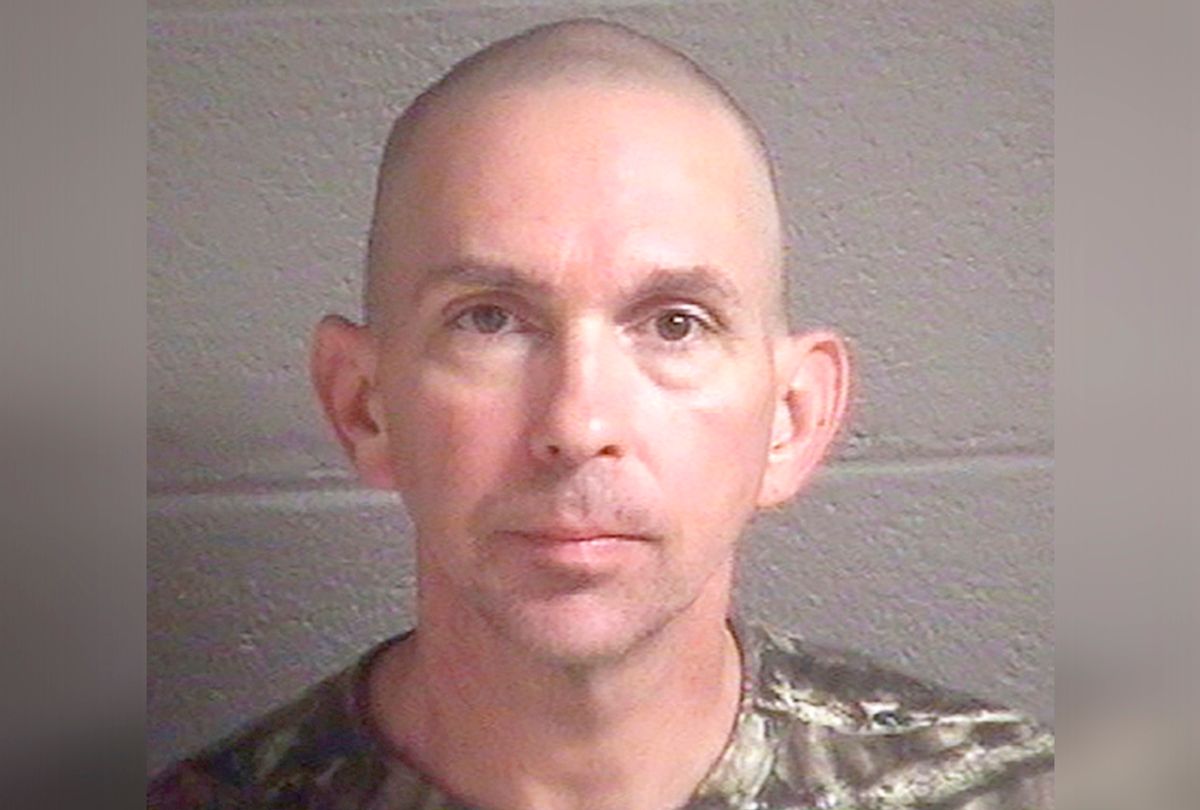 Major news outlets were remarkably quiet after last Friday's arrest of Michael Christopher Estes, who planted an improvised explosive device in a North Carolina airport and later admitted he was "preparing to fight a war on U.S. soil." That this homegrown terrorist slipped past major media outlets has some critics crying foul over the media's double-standard for terrorists who don't fit the popular image and narrative of what a "terrorist" looks like.

On Friday, October 6, just before 1 a.m., a man dressed in all-black walked into the Asheville Regional Airport and set down a unattended bag, as security footage shows, according to a criminal complaint filed by the Federal Bureau of Investigation.

"Based on a review of the video, the individual walked near the entrance to the terminal, went out of sight momentarily, and was then seen departing the area without the bag," the criminal complaint read.

After a police dog sniffed out what was presumed to be explosive material, authorities at the airport closed the concourse and the street leading to the airport.

Inside the bag authorities found a cocktail of ammonium nitrate, fuel oil, and a Mason jar full of shrapnel — a common design of explosive device, as the FBI attested in the affidavit. This bomb design has been used "in a number of terrorist-related incidents around the world," the criminal complaint continued. "When [ammonium nitrate and fuel oil] comes into contact with a flame or other ignition source it explodes violently. Nails or ball bearings are often items added to the device so as to increase the devastation inflicted by the explosion."

A timer revealed that the bag was set to explode at 6 a.m. the following morning, and would have unleashed immense damage on travelers.

Critics suggest that the incident received little attention because the alleged terrorist, Michael Christopher Estes, did not fit the profile of a terrorist that feeds sensationalist and scaremongering headlines. Indeed, Estes was both white, and not a Muslim.

The profile of Estes is politically relevant, as President Donald Trump often jumps at the opportunity to declare violent acts "terrorism" solely because of the profile of the perpetrator. Trump has also ignored or washed over acts of terrorism when they are perpetrated by right-wing and/or white suspects.  Likewise, Trump has used fear of terrorism as a justification for banning travel from Muslim-majority nations.

"Sorry if it sounds like you’ve heard this story before," wrote The Intercept's Shaun King. "I’m as tired of writing it as you are reading it, but you know good and well that if Estes was a young Muslim — hell, if he had ever even visited a mosque in the past 25 years — that Trump would be tweeting about him right this very moment to tout how essential a Muslim ban is for American safety."

"His actions aren’t an indictment of his whole faith, political outlook, and race. White people aren’t, thanks to Estes, suddenly labeled terrorists or seen as a threat to American safety in the way that would almost certainly happen had it been anybody other than a white man," King added.

The situation draws similarities to the circumstances surrounding the recent mass shooting in Las Vegas, which was carried out by Stephen Paddock, a white man. Critics content that Trump's reaction wasn't comparable to how he would react were the assailant a person of color.

Whenever a white man commits an act of mass gun violence in America -- politically motivated or otherwise -- there is a cultural script that is closely followed by the mainstream news media, politicians and too many members of the public. This narrative is obvious and predictable. Alas, it provides some small measure of comfort to many, even if that familiarity is rooted in gross hypocrisy and flagrant contradictions.

When white folks commit horrible crimes their actions are often placed in a context where they are described as "good people" and "all American." This is all so "surprising" and "unimaginable," we are told, because this person was so "ordinary." By comparison, when black or brown folks or Muslims commit horrible crimes they are usually depicted as one-dimensional monsters.