Steve Bannon has said a lot about Trump's connections to Russia. Now he'll be under oath 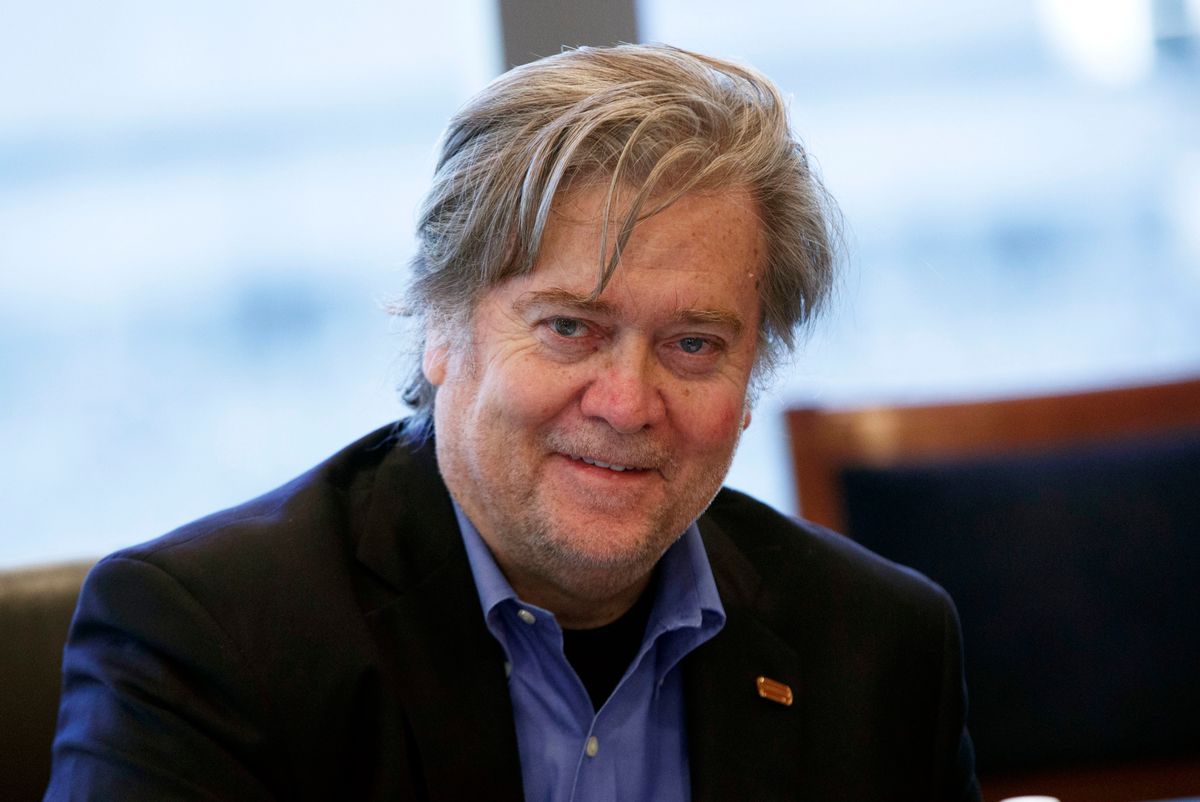 Former White House Chief Strategist Steve Bannon is meeting with a House of Representatives committee on Tuesday to discuss the Trump-Russia scandal.

The House Intelligence Committee will interview Bannon during a closed-door session, according to Reuters. The subject will be accusations that Russia interfered in the 2016 presidential election, although it is unclear how much of Bannon's testimony will revolve around claims he made in a recently published book about the Trump White House. The committee is expected to ask questions about information Bannon might have about the Trump Tower meeting, information he might have about possible money laundering between Trump's business empire and Russia and about whether Trump has discussed firing Mueller, according to USA Today.

In Michael Wolff's book, "Fire and Fury," Bannon predicted that investigators would "crack Don Junior like an egg on national TV" over his alleged role in collusion with the Russian government. He also predicted that special counsel Robert Mueller would be able to connect the scandal directly to Trump by pursuing the president's closest confidantes.

"The three senior guys in the campaign thought it was a good idea to meet with a foreign government inside Trump Tower in the conference room on the 25th floor – with no lawyers. They didn’t have any lawyers," Bannon said.

He added, "Even if you thought that this was not treasonous, or unpatriotic, or bad s**t, and I happen to think it’s all of that, you should have called the FBI immediately."

Bannon was for a long time widely regarded as one of Trump's key connections to the economic populist movement that helped elect him to the presidency.

"He believes that the U.S. middle class has been has withered over the last forty years and has been victimized by this financial, commercial and political elite that makes things cushy for the elite," Gwynn Guilford of Quartz told Salon in November 2016.