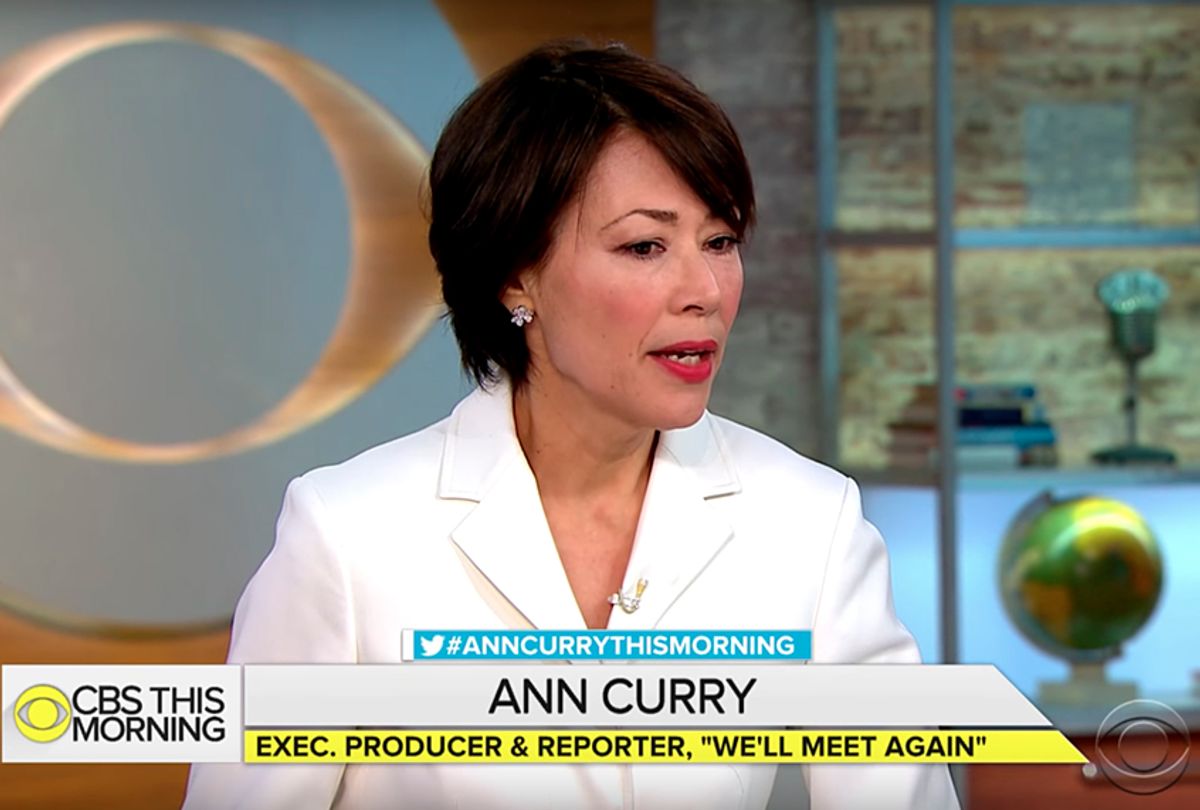 Former "Today" show anchor Ann Curry gave her first television interview to "CBS This Morning" since her departure from NBC in 2015. She spoke candidly of the "overdue" #MeToo movement and described a "pervasive" culture of verbal and sexual harassment at NBC.

"We clearly are waking up to a reality and an injustice that has been occurring for some time, and I think it will continue to occur until the glass ceiling is finally broken," she said. "This is about power, a power imbalance, where women are not valued as much as men."

She continued, "I'm talking people in the workplace who are powerful, who are abusing that power, and women and men are suffering. I think the fact that people are speaking out is important and the fact that we are moving against this imbalance of power is absolutely overdue."

Curry was careful with her words when the CBS hosts asked about the allegations against and termination of her former "Today" co-anchor Matt Lauer. Curry worked alongside Lauer at NBC for 15 years and as co-host of "Today" in 2011 and 2012. It has long been rumored that their relationship was contentious and that, ultimately, Lauer forced executives to cut her loose.

Curry told "CBS This Morning" that "she's not surprised by the allegations" against him. Almost inaudible, co-host Norah O'Donnell had to ask for clarification if Curry did in fact say that "verbal, sexual harassment was pervasive at NBC at the time." After some trepidation, Curry eventually responded, "it was, yes, period."

It was reported today by Variety that "Today" executive producer Don Nash is stepping down from his role, which began in 2012. CBS also went through their own reckoning when allegations against longtime anchor Charlie Rose mounted and resulted in his termination.

Even though abuse in network television remains a concern, Curry kept her focus on the larger picture. "It's not just obviously about where I used to work, it's not about where you're now working," Curry said, "but it's about the problem that's pervasive across industries in workplaces across America. And this is actually the issue, and the question is ultimately what are we going to do about it? I wonder, if we keep focusing only on these individual scandals, if we're actually going to move off of that foot into creating something better in the future."

"I don't know a single woman who has not endured some form of sexual harassment, and many women have endured workplace sexual harassment. It's happened to me in multiple jobs, and it's a way of sidelining women," Curry continued. "Ultimately also, we should be talking about the victims. We're talking about the scandal, the scandal, the scandal, what about the victims? What are we going to do to remove the stigma and the shame? What are we going to do to make sure these women work and are not sidelined and prevented from contributing to the greater good that we all are trying to do?"

Curry will return to TV for her new PBS show, "We'll Meet Again," which premieres January 23.

See the segment below.