The exposé covering the Trump administration's first year is bound for the small screen, as it should be 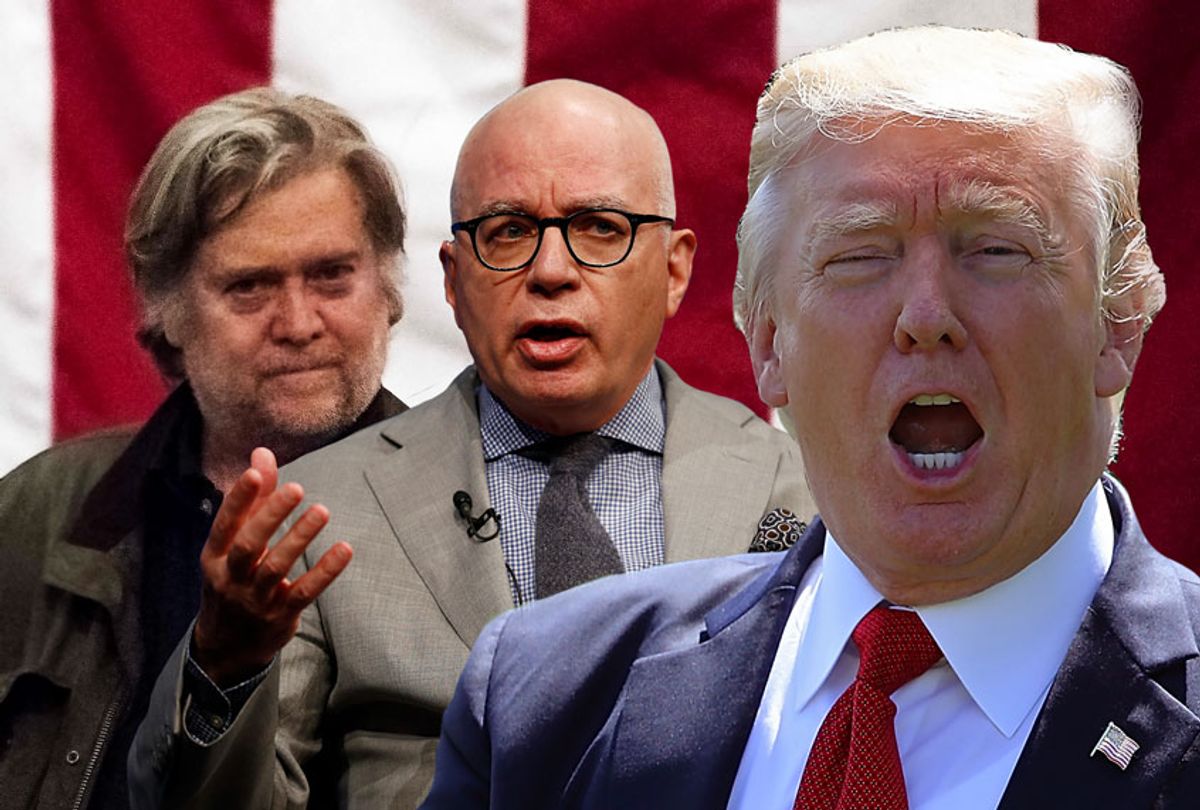 The Hollywood Reporter has it that Micheal Wolff's best-selling grenade of an exposé, "Fire and Fury: Inside the Trump White House," is set for a television adaptation, because of course it is.

According to THR, Endeavor Content has purchased the rights to adapt the title in a deal "said to be in the seven-figure range." While there is no network attached to the project as of yet, author Wolff is said to be producing with former Channel 4 and BBC executive Michael Jackson, who has an extensive résumé in the documentary series field. It is unclear at this stage if the show itself will be a documentary or, God willing, a dramatic reenactment of President Donald Trump's first year in office.

Aside from repeating in print many long-held suspicions about the Trump White House — that the president is barely in control of his facilities, that there is severe infighting in the administration, that it is pockmarked with mendacious operatives pursuing only their own interests — "Fire and Fury" is notable for alleging a number of inflammatory moments that have themselves become news items.

While Wolff spoke of Trump's whirlwind furies and Ivanka Trump's presidential ambitions, it was a supposed quote by former White House advisor Steve Bannon characterizing a meeting between a Russian lawyer and Donald Trump Jr. during the 2016 as "treasonous" and "unpatriotic" that turned out to be the most consequential. Quickly, Bannon would find himself the target of the president, the administration and much of the American right after those statements reached the press.

Soon after, Bannon was forced to resign from his perch at Breitbart News, the outlet which made him a force to be reckoned with, and now finds himself subject to a Congressional subpoena in connection with what he knew about those meetings.

For the most part, Trump and the members of his administration have called the claims in the book as fabrications and its author unhinged. The president has said multiple times that Wolff was never given access to White House or interviewed him for "Fire and Fury". It appears that the president is incorrect about that.