After watching Wolff criticize the media's coverage of Trump on CNN, the president called him up and offered praise 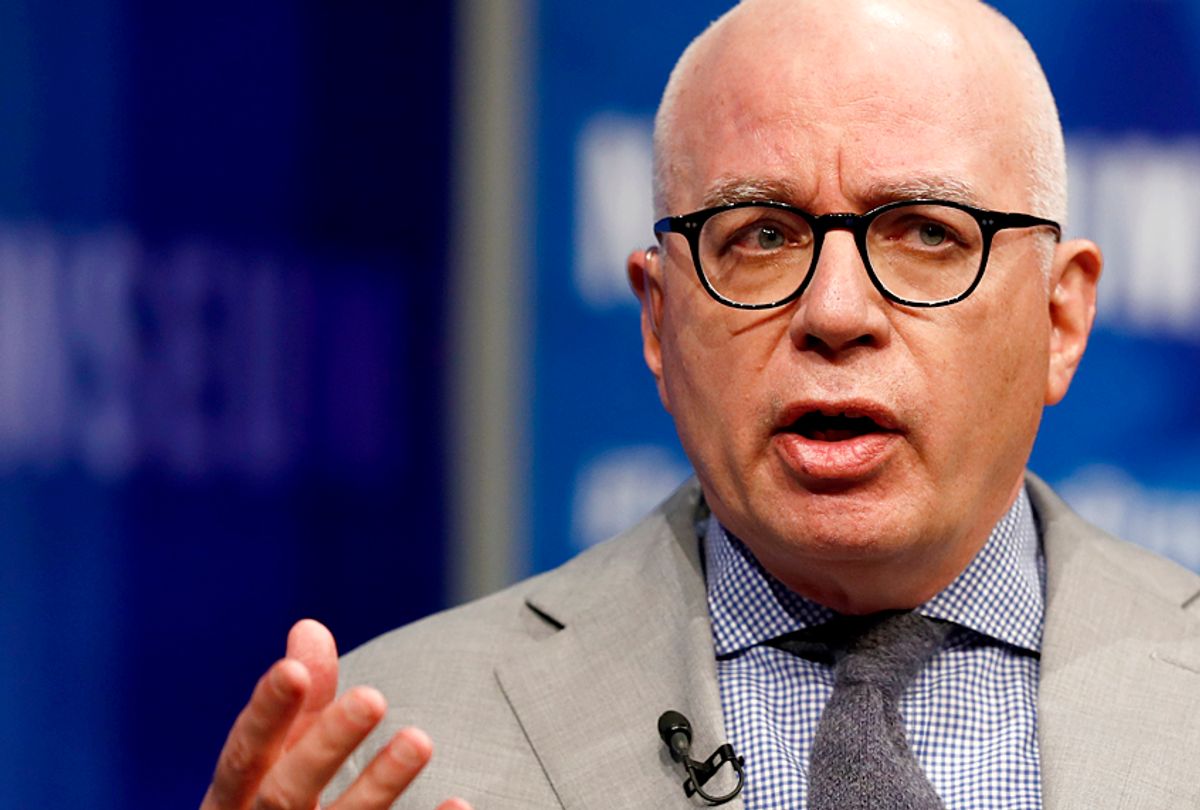 For all the hell that's been raised by the White House about Michael Wolff's access inside the building, there's another juicy backstory as to how the author of the new Trump administration tell-all got in there to begin with: By misleading top aides and even President Donald Trump himself about why he was writing the book.

Wolff's untethered access is due to the shortcomings of top staffers, including the president, and the general disarray of a White House that was largely built of inexperienced employees, Bloomberg News reported, after having spoken with several current and former Trump aides. But Wolff also assisted himself by painting his project as one that was sympathetic to the president and his administration. He gave White House officials a working title for his book, "The Great Transition: The First 100 Days of the Trump Administration."

Simply put, the White House was duped into thinking Wolff would give the Trump administration an opportunity and platform to counter reports in the mainstream media. That didn't happen, and top staffers such as White House Communications Director Hope Hicks, Senior Counselor Kellyanne Conway, then-press secretary Sean Spicer and then-chief of staff Reince Priebus never raised any red flags, nor did they properly evaluate Wolff's history to see exactly what he had been prying from his interviews during about 17 different visits over the course of six months.

The White House's public position placed much of the blame on Bannon, "but privately, Trump allies say other top aides also allowed Wolff into the building, including Conway on multiple occasions," Bloomberg reported.

Hicks played a key role as well and encouraged staffers to speak with Wolff, so long as they had "positive" comments to make. "Hicks hadn’t greenlit the book, people familiar with her handling of the matter said — but nor did she immediately put up a stop sign," Bloomberg reported. Wolff also embellished his relationship with Trump and said the president had called him, "the best."

But, perhaps most ironically, is that all of this began because of a phone call with Trump. After one appearance on CNN in early February, Wolff received a call from the president, Bloomberg reported. Wolff criticized some of media — and specifically CNN — over their coverage of Trump. The author told Trump during the call that he wanted to write a book about his first 100 days in office, Trump told him to talk with his staff.

Aides Kellyanne Conway and Hope Hicks listened to Wolff’s pitch in a West Wing meeting the next day, but were noncommittal.

Several aides said Hicks later informally endorsed talking with Wolff as long as they made “positive” comments for the book, which they said Wolff told them would counter the media’s unfair narrative.

It wasn’t until late August that alarm bells were raised in the White House — when Hicks, Jared Kushner and their allies realized that fellow aides who had spoken with Wolff, especially Bannon, may have provided damaging anecdotes about them.

So while Trump defended himself earlier this month by tweeting that he had never given any access to Wolff, it's clear that he opened the floodgates for a book to be written that only ended up sowing chaos for his administration and sent it stumbling into its second year. The fallout of the book also brought a bitter end to Trump's relationship with his former chief strategist Steve Bannon and stoked further concern for his own mental health.