America is less popular on the world stage than it was under George W. Bush

Median global approval of U.S. leadership, 30 percent, is now lower than at any time under Bush or Obama 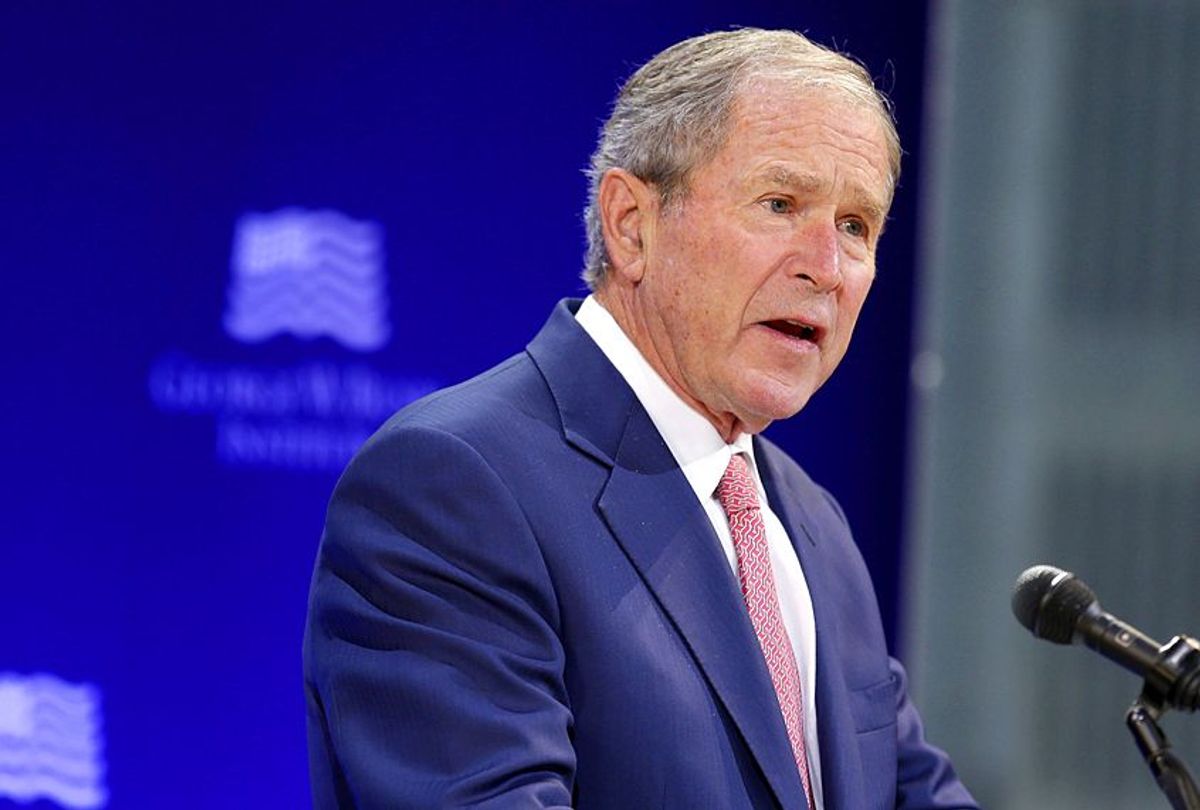 U.S. leadership worldwide has grown weaker under one year of Trump than at any point during the Bush or Obama administrations, a new Gallup report showed. The median approval rating for U.S. leadership across 134 countries has hit a new low of 30 percent.

"Disapproval of U.S. leadership increased almost as much as approval declined," Gallup said. "The 43 percent median disapproval, up 15 points from the previous year, set a new record as well, not only for the U.S. but for any other major global power that Gallup has asked about in the past decade."

Approval of the U.S. increased, however, in countries such as Israel, Macedonia and Belarus.

The decline in approval abroad doesn't come as a surprise, considering some of the brash decisions made by the Trump administration in regards to the U.S. and the international community, who both are traditionally on opposite ends of issues. On June 1, Trump announced he would withdraw the U.S. from the landmark Paris climate agreement, which drew global ire. The U.S. now stands alone as the only country to refuse to join the accord.

Trump's recent recognition of Jerusalem as the capital of Israel was another global shakeup that was met with widespread criticism around the world and led to a vote by the United Nations that condemned the move. Shortly after the vote, U.S. ambassador to the U.N., Nikki Haley, announced America would slash its budget to the international body by $285 million.

From two major policy perspectives, Trump has rattled the global community, but so have his unapologetic words and tweets.

Trump took personal shots at London Mayor Sadiq Khan, which were entirely out of context, last June following a terrorist attack, which he proceeded to use as a vehicle for his ban on travel from several Muslim-majority nations. Last September the president also quickly fired tweets from the hip that determined an explosion on a crowded London Tube train was a terror attack, before British authorities had completed an investigation. U.K. Prime Minister Theresa May said his tweets were not helpful. These are merely a chunk of Trump's international gaffes.

Behind closed doors, Trump made racist remarks about countries he called "s**thole" and said that he would rather have Norwegian immigrants.

The drastic dip in approval ratings of U.S. leadership across the globe only makes logical sense following a year of saber-rattling in Washington.