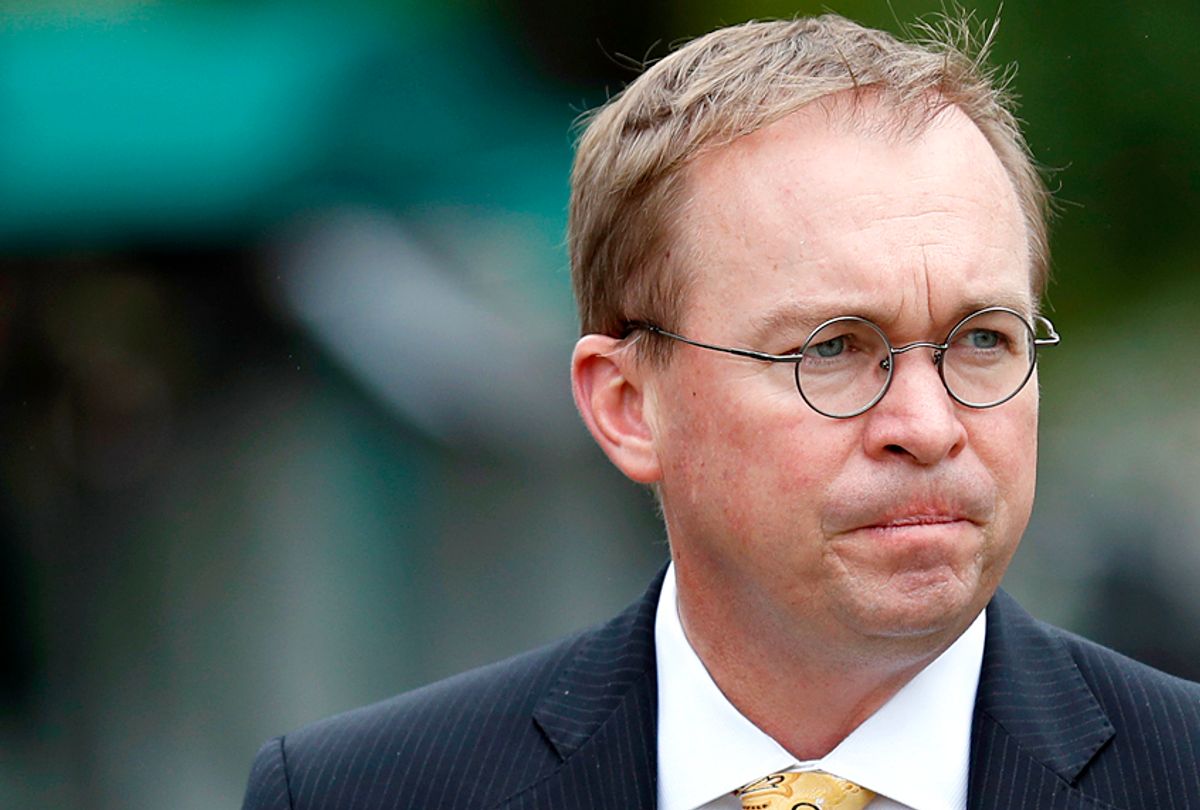 Mulvaney, who also serves as Trump's budget director, attempted to characterize his decision as motivated by financial pragmatism, not politics. He argued that the funding from the Federal Reserve could better be used to reduce the federal deficit.

"While this approximately $145 million may not make much of a dent in the deficit, the men and women at the Bureau are proud to do their part to be responsible stewards of taxpayer dollars," Mulvaney wrote to Federal Reserve Chairwoman Janet Yellen.

"The tax bill that President Trump just signed adds at a minimum ten times that much to the national debt. So the suggestion that this tiny drop in the bucket is better used reducing the national debt, which is going up, is absurd," Johnston told Salon. "This is the kind of comment designed for rubes that we're seeing increasingly from the Trump administration, which seems to assume that all of us have no idea about finance or even the simple arithmetic of budgets."

Mulvaney's tenure at the CFPB has been controversial from the start when he became the subject of a brief court struggle between the administration and those who thought Cordray should be allowed to appoint his own temporary successor. There have been subsequent concerns that he would subvert the CFPB's intended purpose that only seem to be coming to fruition. After his appointment was announced by Trump, Mulvaney changed the bureau's mission from one of protecting consumers to one of helping the business community, claiming that he felt his job should be to prevent the CFPB from "interfering with capitalism."

Prior to Mulvaney's takeover, this was the CFPB mission statement:

The CFPB is a 21st century agency that helps consumer finance markets work by making rules more effective, by consistently and fairly enforcing those rules, and by empowering consumers to take more control over their economic lives.

Under Mulvaney's leadership, the CFPB dropped a lawsuit against a group of payday lenders accused of failing to disclose the true cost of the loans. Mulvaney received $62,950 from the payday lending industry while he served as a Republican House member from South Carolina from 2011 to 2017.