The party's Twitter account accused Cory Booker of "mansplaining," but it doesn't seem to understand what that is 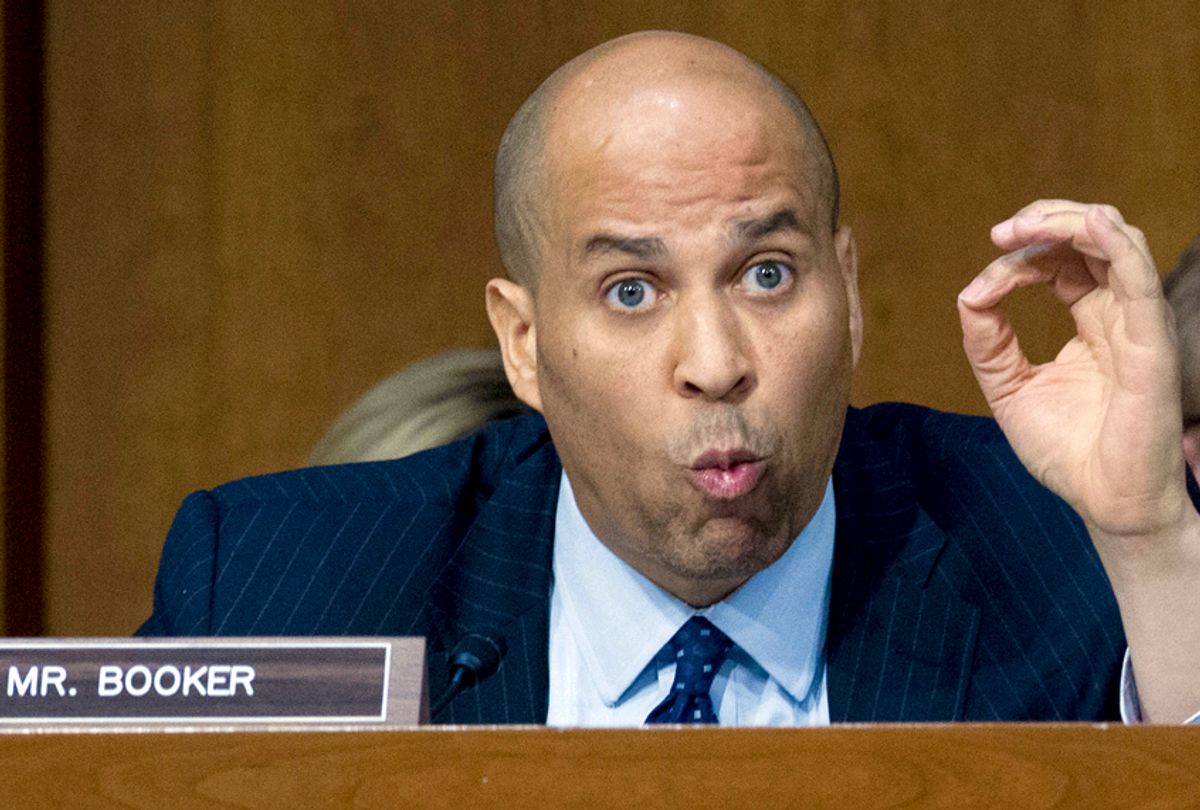 The official Twitter outlet of the Republican party has accused Senator Cory Booker (D-NJ) of "mansplaining" immigration and other issues to Department of Homeland Security Secretary Kirstjen Nielsen in an impassioned speech during a Senate Judiciary Committee the oversight hearing on Tuesday. In much the same way your mother may say "the Facebooks," the GOP mishandled the term.

Booker was addressing the issue of President Donald Trump's alleged racist comments about Haiti and African nations and Nielsen's inability (or unwillingness) to recall and denounce them. "When ignorance and bigotry is allied with power, it’s a dangerous force in our country. Your silence and your amnesia is complicity," Booker said to Nielsen Tuesday. The senator's remarks quickly went viral.

The GOP Twitter account shared a short article from the its website titled "Derogatory Cory" and tweeted: "If a male Republican senator spent his 10 minutes 'mansplaining' at the female DHS Secretary about immigration policy & yelled at her the only time she tried to speak, Democrats would be triggered."

In the article, it says, "Picture it. A male Republican senator spends his entire 10 minutes 'mansplaining' the female DHS secretary about immigration policy, throws around the term 'conscientious stupidity,' yells at her the only time she tries to speak, and concludes his diatribe without even asking her to respond." The post includes four photos of Booker appearing enraged, with the option to "Watch Derogatory Cory Here."

The article continued, "There’d be so many triggered Democrats that there’d be a hashtag within minutes, campus protests across the country, and the topic-du-jour for celebrities at Hollywood’s next award show. But because the party affiliations were reversed, Derogatory Cory got nothing but praise from the selectively-outraged base he was clearly performing for yesterday." The article concluded with the phrase, "Nevertheless, she persisted," mocking the words that became a rallying cry for women after Mitch McConnell attempted to demean Elizabeth Warren with them.

Thing is, that's not mansplaining. It's just not. Mansplaining is when a man speaks condescendingly to a woman in an attempt to explain something he may not understand completely, but that he holds forth about because his masculinity demands it and provides him authority on the subject. It's usually compounded with the assumption that the women in question does not know the topic at hand and often pops up when the woman has just explained that very same thing to that man.

But Booker wasn't trying to explain anything to Nielsen. He wanted to challenge her on an issue. Very different.

RNC communications just sent out an email with a new nickname for @CoryBooker “Derogatory Cory” - and slamming him for “mansplaining” pic.twitter.com/gevUwEPPqQ

Not mansplaining. Passion in the face of blatant corruption and racism. @CoryBooker 👏👏
DHS Sec should care if AA's get death threats. Should answer for the admin's preference for race-based immigration. Shouldn't LIE.

Nice try, but you're not going to be able to make it into some kind of #MeToo thing. In fact, playing the gender card only reveals your desperation. It wouldn't have made ANY difference if it had been a male in that chair. He was speaking to the PERSON who occupied the POSITION.