"He has a gorgeous 44-inch coke-bottle waist, and his height, 75 inches with legs that seem to go on forever" 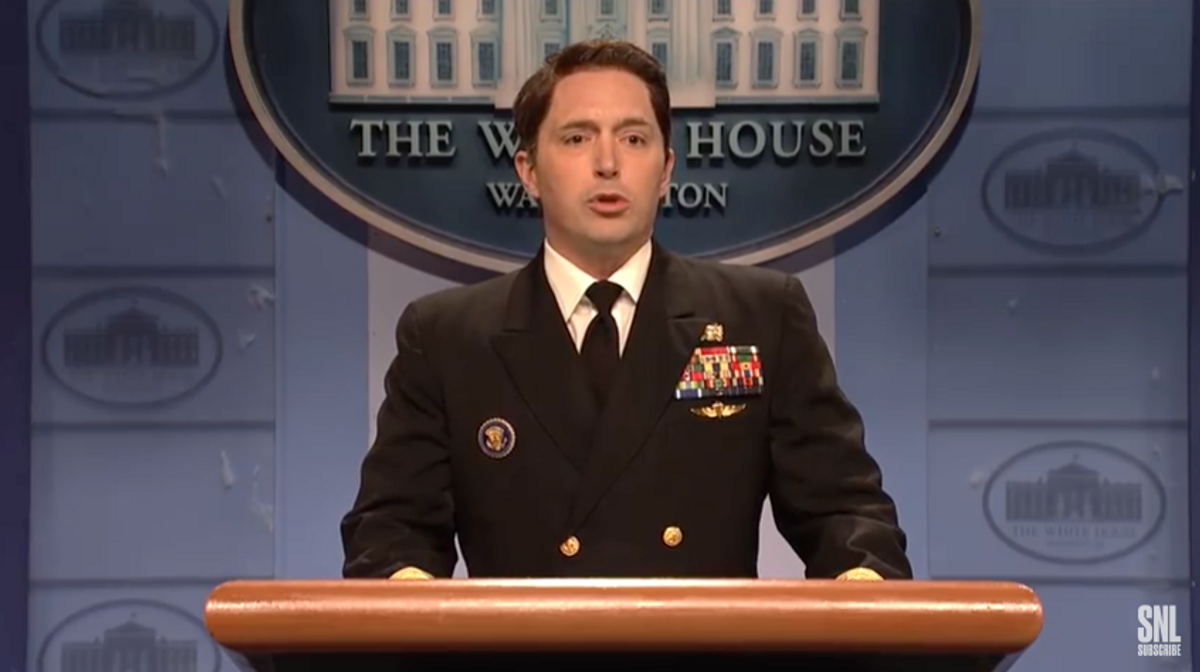 This week's episode of "Saturday Night Live" opened with President Donald Trump's doctor giving his "unbiased, 100 percent accurate health assessment," following the recent criticism over his administration's claim that he is in "excellent" health.

"SNL" cast member, Beck Bennett, played the White House physician, Ronny Jackson, who delivered the news about Trump's physical. Before he did so, press secretary Sarah Huckabee Sanders, played by Aidy Bryant, introduced him and said he would explain to the public "how not fat the president is."

"This is the president's unbiased, 100 percent accurate health assessment," the faux Jackson said. "At the time of examination, the president was 71 years and 7 months young, his resting heart rate was a cool 68 bpm, his weight a very svelte 248 pounds, he has a gorgeous 44-inch coke-bottle waist, and his height, 75 inches with legs that seem to go on forever."

He added, "It's my expert medical opinion that the president has a rockin' bod with an excellent cushion for the pushin'. And if given the chance, I would."

Jackson then took questions, and one White House reporter said, "Some people are saying these results are fabricated because they've taken even one look at the president, what do you say to that?"

"Again, let me be clear," the faux Jackson said. "The president is in peak physical condition."

He added, "I'm telling you, this hunk is healthy enough to be president for another 10 to 20 years, easy."

Kate McKinnon, who played another White House reporter, mentioned the recent concerns about Trump's mental health and asked Jackson, "how broke that brain?"

"We did do a cognitive exam at the president's request and he passed it with flying colors, almost no hits," Jackson responded. "In fairness no other president has been given this exam. We typically only use it to make sure someone's not severely brain damaged, or a monkey in people clothes."

Another reporter questioned how the White House expected anyone to believe the information about Trump's health, and press secretary Sanders, interjected and said, "You heard the doctor the president has passed every exam we gave him: physical exam, mental exam, the Tide Pod Challenge — crushed it."

Watch the full "SNL" skit below: