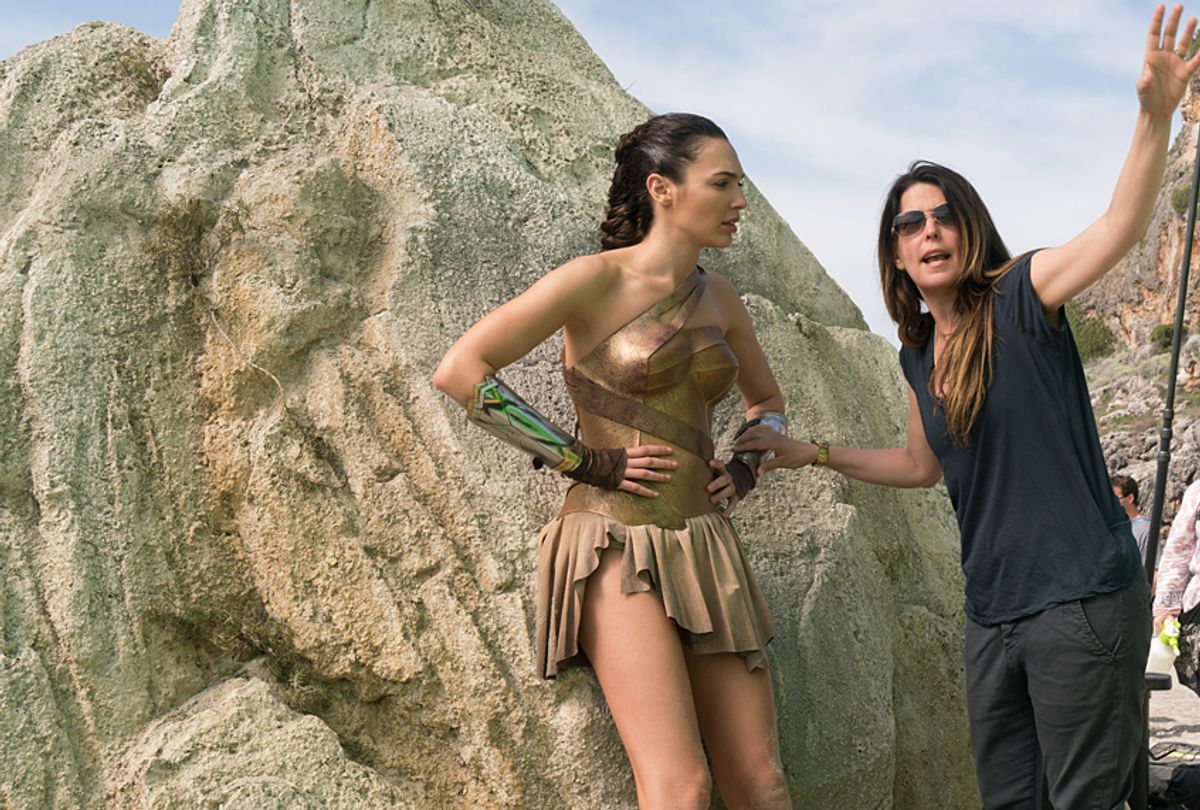 Sexual harassment and assault in the workplace has been front and center in the news cycle since at least October. Now, after listening to stories ranging from the infuriating to the horrific offered by women and men from Hollywood and beyond, some are finally addressing the systematic problem in systematic ways.

The Time's Up initiative certainly feels like a way forward, but it's not the only effort in Hollywood that may serve to actually change things. The Producers Guild of America, for instance, has created a series of anti-sexual harassment guidelines to, as it says, "combat sexual harassment both on and off set."

Appropriately, the PGA has announced that director Patty Jenkins' "Wonder Woman 2," the sequel to last year's blockbuster, female-led superhero film, would be the first production to adopt the guidelines.

Already, "Wonder Woman" franchise has broken barriers. The first truly successful film based on a classic woman superhero, it is also the highest-grossing film directed by a woman. Appropriately, Warner Bros. re-signed Jenkins for the sequel, offering her payment commensurate to her success with the first film.

As well, producer Brett Ratner, who's been accused of sexual misconduct by multiple women, will not onboard for the sequel. Star Gal Gadot has reportedly threatened to withdraw from the film if Ratner remained attached to the production.

Now, the "Wonder Woman" franchise will be the first to adopt the new PGA guidelines, which include direction on identifying sexual harassment and require anti-sexual harassment training to all cast and crew members prior to production. Ensuring that each production has multiple and effective avenues to report sexual harassment and making sure that such reports of "harassment are listened to with attention and empathy" are also among the new standards. The PGA also advises that those in leadership be vigilant concerning retaliation against those reporting abuse and the power dynamics at play on sets in general.

PGA says it is "committed to fostering work environments free from sexual harassment. We are in a transitional moment as a society, in which we are re-evaluating behavior in the workplace and beyond. Producers possess authority both on and off the set, and can provide key leadership in creating and sustaining work environments that are built on mutual respect." Its statement continued, "Ultimately, prevention is the key to eliminating sexual harassment in the workplace." PGA sees education, resources and collaboration as a way forward in reaching this goal and notes that they have partnered with Time's Up and the industry-wide Commission led by Anita Hill in its efforts.

Yes, it's notable that a film about an Amazonian superhero is the first to employ these standards on and off set. But that may not be the most consequential part of the announcement.

"Wonder Woman 2" is a highly anticipated fall tentpole blockbuster from a major studio (Warner Bros.). With the first film in the franchise budgeted at $149 million, it's easy to imagine this production will cost over $200 million and target a box-office return of $1 billion ("Wonder Woman" grossed $821.9 million). The production could potentially include over 10,000 on-set employees and independent off-site post-production contractors (many films of this nature employ up to 15,000 individuals).

All of that is to say, it's a very public, large-scale example of the guidelines in use, one that will no doubt inspire other productions and studios to follow in its footsteps begin the process of building an environment safe from sexual misconduct. It's top-down leadership in the best sense.