Ross wants workers to just be happy with the $1,000 check companies have given them (if they still have a job) 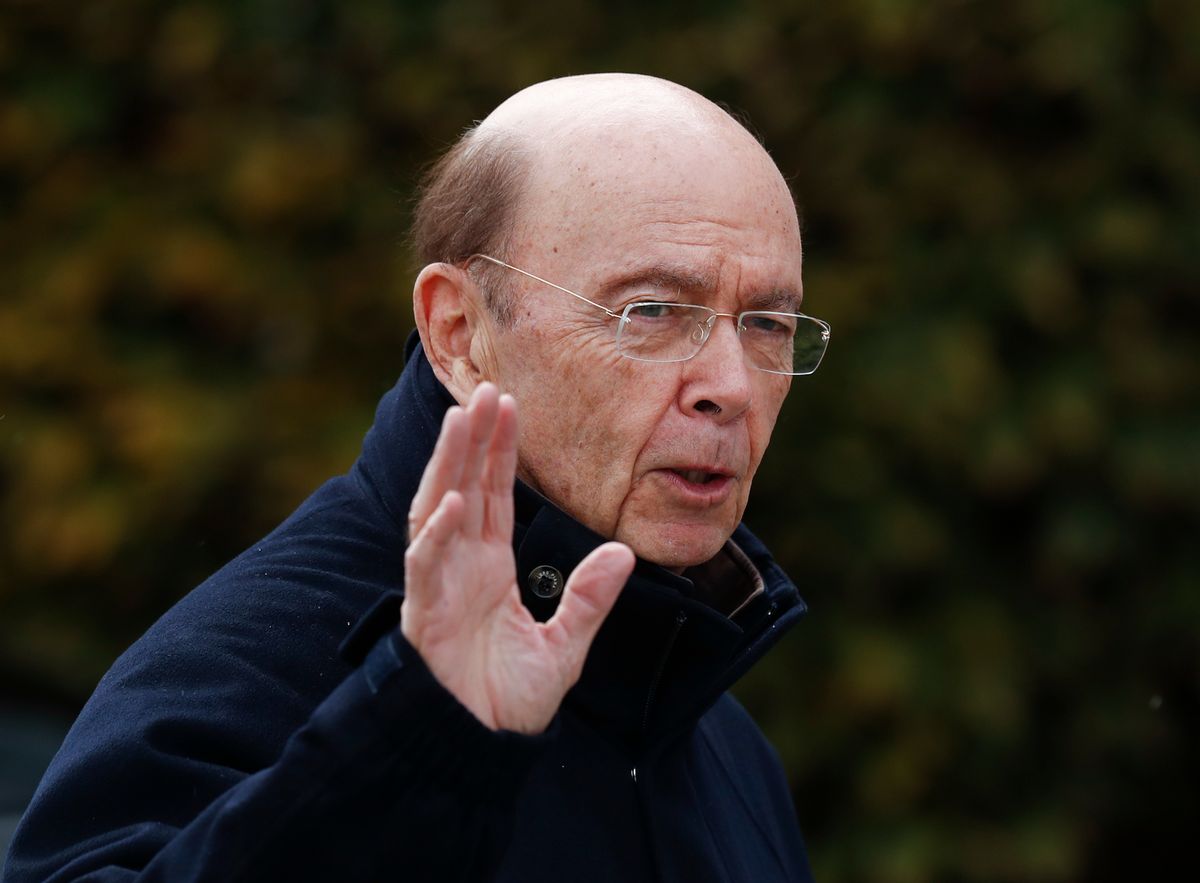 Commerce Secretary Wilbur Ross, who can't seem to keep himself awake during meetings, offered praise to corporations that recently awarded employees with bonuses, as he was in Davos, of all places, just outside the World Economic Forum on Thursday, discussing tax reform.

In an interview on Fox Business, sitting beside Treasury Secretary Steve Mnuchin, Ross praised the recent $1,000 bonuses several corporations have announced for their employees and slammed any opposition, or skepticism of the gesture, as a "left-wing media" attack.

"One of the best things for consumer spending is something approaching 2 million American workers who got $1,000 bonuses in January — specifically because of the tax bill," Ross said. "Who would ever have thought that, that would happen?"

He added, "But that's high velocity money because that's incremental money mostly to people in the middle-income bracket — very high propensity to spend and therefore that money will get pumped right into the economy."

Ross bashed the Democrats and factions on the political left that have criticized the GOP-led tax plan and the promises made by President Donald Trump's administration, which put forth little evidence to back up the plan.

"They have no alternative but to make up fiction, but eventually facts overcome fiction," Ross said, when asked about Democratic opposition to the bill. "And I think the fella who just got the $1,000 check doesn’t care what the left wing media says, and the person who gets the tax cut in the next withholding, he or she is also not going to care what the left-wing media says."

Ross, however, conveniently excluded the fact that many corporations that have announced $1,000 employee bonuses also quietly made moves to layoff thousands of employees, or close stores or manufacturing plants. Recently, companies who benefited from the tax plan, such as Walmart, announced employee bonuses, only to quietly announce several store closings and potentially thousands of layoffs. On Tuesday, Kimberly-Clark, the maker of Kleenex and Huggies, announced a "restructuring" plan for 2018, along with closings and up to 5,500 layoffs.

The outcome was predictable, and some corporations have used the tax cuts to please shareholders by increasing dividends and share buybacks. Ross didn't explain well the concept of class warfare. That $1,000 can look good to someone, but it's worth less than $3 a day when averaged over the course of the year, and that doesn't amount to much in the larger context when compared to the money Ross himself will likely be making from the new tax bill.