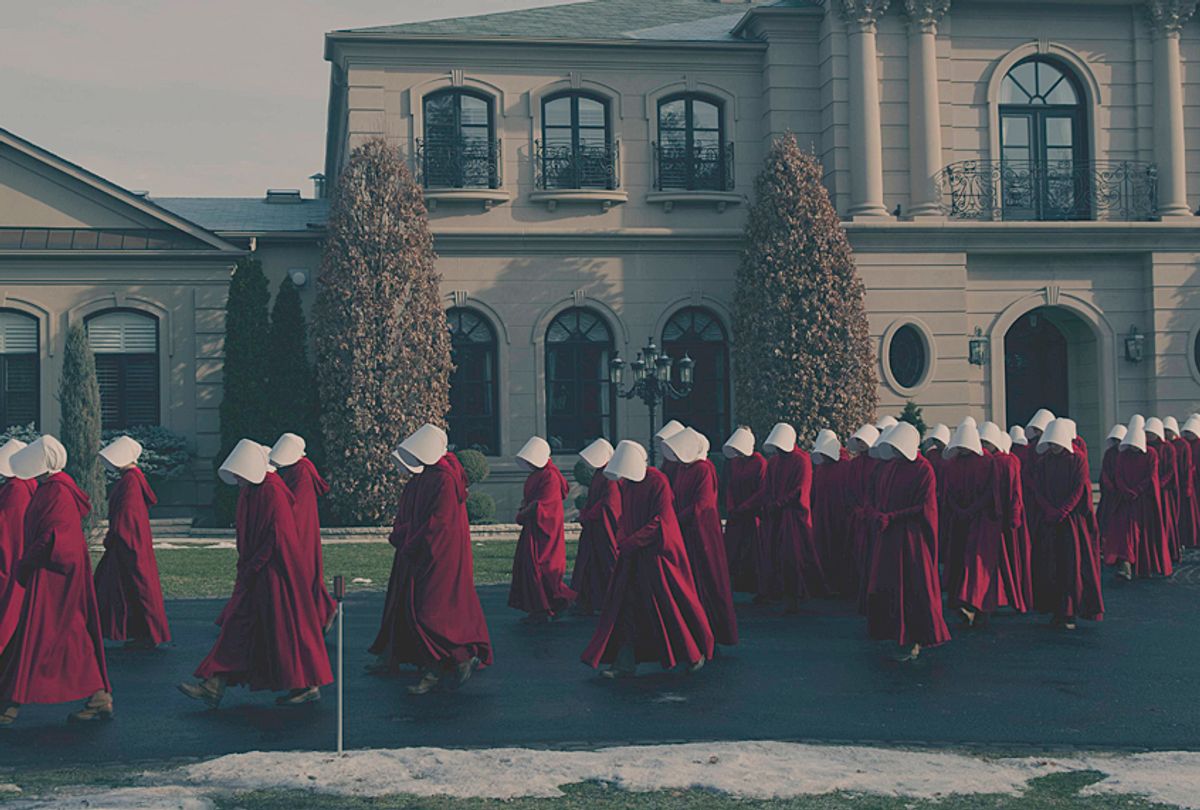 In the U.S., Poland and Australia, protestors have dressed in the bright crimson robes and white bonnets made famous by the book and Hulu television series the "Handmaid's Tale" as a way to demonstrate against policies and politicians they feel are are oppressive to women.

Sunday, the protest traveled to Costa Rica, where a group of women donned such costumes to the polls to demonstrate against the statements and proposed policies of presidential front-runner Fabricio Alvarado, an evangelical Christian singer and legislator whose popularity in the current campaign is tied to a platform that appears regressive in relation to women's rights and is stridently against gay marriage.

According to Global News, there were eight women in total who wore the recognizable garb from the series based on Margaret Atwood's novel from 1985, when they showed up at a voting center in Heredia, outside San Jose.

The book, famous in its own right before its small-screen adaption, takes place in a future, dystopian America where a violent dictatorship has stripped women of their rights. Most of the women in the population are sterile. Those who remain fertile are taken captive, their bodies becoming the property of powerful men for whom they are forced to bear children.

The costumes of the handmaids have been use in real life to protest abortion restrictions in Ohio and Texas, to demonstrate against funding cuts to Planned Parenthood in Washington, D.C., in Sydney, Australia and other locales where women's rights have been under fire or up for debate.

In Costa Rica, the costumes were used not only in the fight for women's rights but also for that of gay marriage, a topic that has become front and center in the country's presidential election. Alvarado came out strongly against gay marriage, a stance that also served as political currency. Global News reported that approximately two-thirds of constituents in Costa Rica oppose same-sex marriage in their country. "The issue became a focus of the campaign following a January decision by the Inter-American Court of Human Rights that said Costa Rica should allow same-sex couples to wed, adopt children and enjoy other rights afforded to married couples," Global News said. "The country is majority Roman Catholic with an increasing evangelical population."

The women behind the protest pledged their support for Alvarado's main opponent, Carlos Alvarado, a former journalist who worked under current President Luis Guillermo Solis as labor minister. Alvarado also is for gay marriage.

The women released the following statement:

Today we celebrate, and we decided to make it a costume party as well. Why? Because we want to and we can. Because protest is also a form of celebration. That’s how lucky we still are. We can pretend to be part of a renowned work of fiction, in the face of a fundamentalist threat that is anything but fictitious.

We face a landscape where the material conditions for women have been a topic neglected by media and most political parties.

Most political proposals towards women have to do with caring for others, and an apparent obligation to reproduce.

Our obligation and participation as citizens, however, transcends that.

We protest in favor of a secular state that celebrates all liberties because there’s still a lot of work to do before reaching true equality.

Today we use our voices — because we still count on them and don’t plan on letting go.