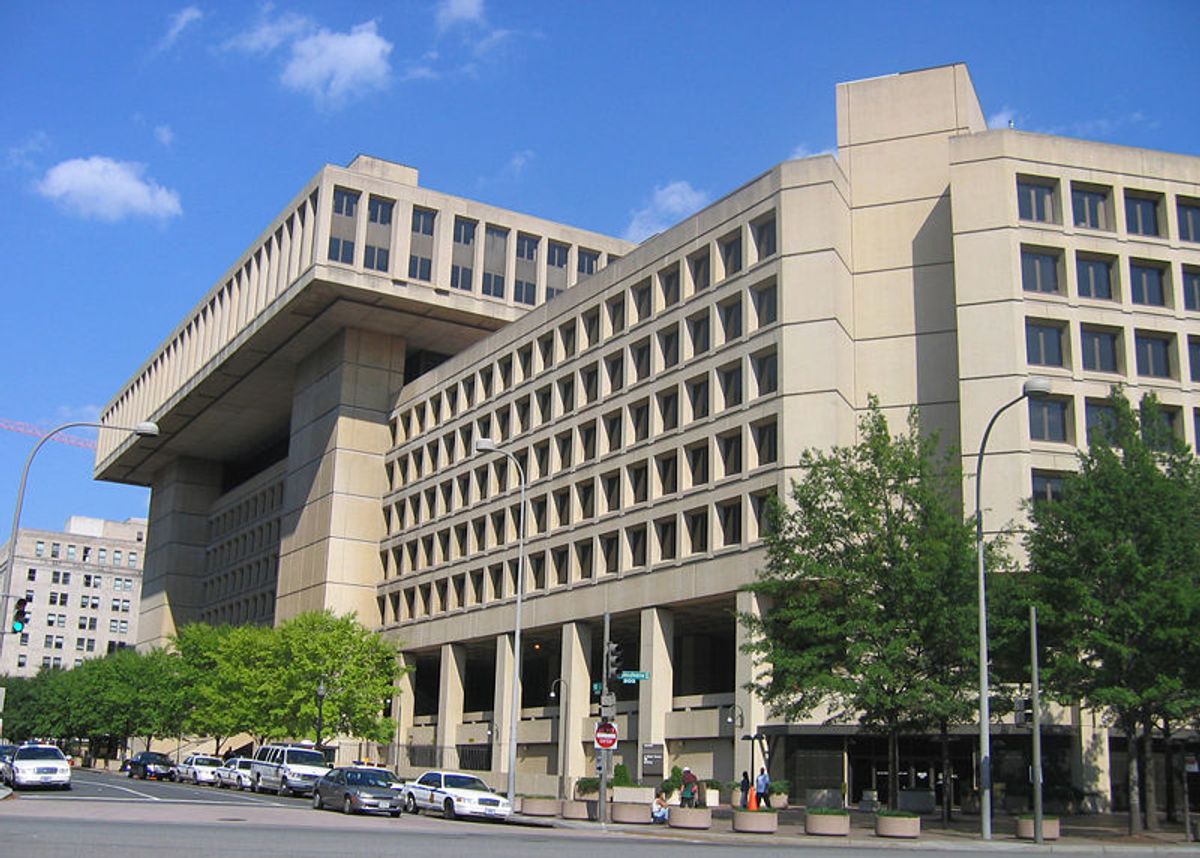 The release of a Republican memo trashing the senior Justice Department has given the FBI a taste of its own medicine: a mendacious and misleading attack designed to impugn dissent and confuse democratic discourse, all dressed up in the righteous rhetoric about the American way.

From 1958 to 1974, the FBI routinely engaged in this sort of activity against its perceived enemies. The notorious Cointelpro — Counterintelligence Program — targeted civil rights, antiwar and other leftist groups for infiltration, disruption and destruction. Now that the president and his allies are giving the FBI the Cointelpro treatment, the Bureau and its leaders are indignant, understandably so.

The Association of FBI Agents protested the release of the memo, written by House Intelligence Committee chairman Devin Nunes (R-Calif.), as unfair to its members.

Bureau officials, most of them Republicans, are stunned to discover that the Bureau’s tactics have been turned against it in the service of protecting President Trump from criticism and investigation. They are appalled that former supporters on the political right are accusing them of unpatriotic behavior. The Republican memo, charges Rep. Paul Gosar (R-Arizona), is “clear and convincing evidence of treason.”

In the face of such attacks, echoed by the president, FBI director Christopher Wray has chosen not to resign but to say "actions speak louder than words."

One law enforcement official told the Washington Post, “There’s a lot of anger. The irony is it’s a conservative-leaning organization, and it’s being trashed by conservatives. At first it was just perplexing. Now there’s anger, because it’s not going away.”

The FBI men should have a new appreciation of how Martin Luther King Jr., the Black Panthers, the Fair Play for Cuba Committee, the Student Non-Violent Coordinating Committee and other leftist groups felt when the FBI was trying (sometimes successfully) to destroy them in the 1960s.

The FBI is learning the hard way that Cointelpro tactics, dressed up in patriotic plumage, are not so easily deflected.

The origins of Cointelpro help explain why. Cointelpro was launched by FBI director J. Edgar Hoover in 1956, but the program was turbocharged in 1958 with the help of James Angleton, the chief of CIA counterintelligence. That's when Angleton launched the first U.S program of mass surveillance, intercepting international mail to or from the United States on a massive scale. He fed the results to Hoover under a program called Project Hunter. With the CIA opening 10,000 letters a year, the FBI had a vast new supply of actionable intelligence. Hoover used the Hunter material to feed the Cointelpro beast. And so it grew.

The essence of Cointelpro was to use this secret intelligence against the targeted group. Armed with knowledge of the target’s personal activities, Cointelpro agents wrote anonymous letters, advocated provocative actions and spread rumors to discredit the targeted group with the public, while hobbling its ability to organize.

Cointelpro operatives eavesdropped on Martin Luther King Jr.'s extramarital affairs, threatened to disclose them and urged him to commit suicide. A Cointelpro informant gave the FBI a floor plan of the home where Black Panther leader Fred Hampton was staying, along with the false story that weapons were stored there. Hampton was then executed in a police raid to seize the non-existent weapons.

The success of Cointelpro depended on allies in Congress, such as the House Un-American Activities Committee, and friendly news organizations such as the Hearst newspaper chain, to spread and legitimize its poisonous messages while hiding their source. Cointelpro continued until it was exposed in 1974 and the FBI was forced to renounce it.

The selective release of secret intelligence information to justify a propagandistic line of attack? Check. The memo discloses some classified details about how the FBI sought a surveillance warrant in the case of Carter Page and twists that into a narrative of partisan bias.

The use of personal information to humiliate and divide? Check. Trump and his allies have seized on texts between FBI agent Peter Strzok and attorney Lisa Page, with whom he was having an affair, as proof of bias and immorality.

The House Intelligence Committee is now playing the role of HUAC, which refused to give its victims a chance to respond. The Committee refused to let the FBI comment on the memo written by chairman Devin Nunes, and refused to release the response of ranking Democrat Adam Schiff (D-Calif.). Trump preemptively charged Schiff as a "liar and a leaker" to prevent him from leaking his own memo.

Fox News and Breitbart now generate reams of copy amplifying the original misleading claims. For example, Fox News reports that an anti-Trump dossier paid for by the Democratic National Committee and the Clinton campaign was key to the investigation of Trump’s associates — except, it wasn’t.

Carter Page was first targeted for surveillance in July 2016, three months before the FBI received the dossier from a trusted senior British intelligence officer. In addition, the memo itself reveals that the surveillance of Page had been renewed prior to receipt of the dossier. As Paul Rosenzweig, who investigated the Clinton White House in the 1990s, pointed out in Politico, these renewals could only have been granted if new evidence had demonstrated sufficient grounds for suspicion of Page, meaning independent reviews by separate judges actually validated the FBI’s request.

Nonetheless, as the victims of Cointelpro learned, fighting back against false and inflammatory narratives of treachery and treason is tricky. Counterintelligence doctrine is perniciously clever in constantly seeking to use the target’s defensive tactics against him. When J. Edgar Hoover used wiretaps of Martin Luther King’s conversations with leftist adviser Stanley Levinson to spread the lie that "King is a communist," the only way King could rebut the accusation was to repeat it — which is exactly what Hoover was counting on. So King did not respond and the charge lingered.

Trump and his allies know that the FBI cannot respond to the unfounded accusations without repeating them. Whether or not the accusations about the FBI’s handling of the Trump investigation are true is ultimately beside the point. It is possible that the Republicans have overplayed a weak hand. The more attention the Nunes memo gets, the thinner its claims seem to be. Schiff’s memo, if it is made public, will provide more context and perspective for those who care about the facts.

But the goal of counterintelligence doctrine is to sow confusion, not establish facts, which the FBI men should know better than anyone. Cointelpro-style tactics work. They damaged the American left in the 1960s and '70s and they are damaging the FBI today, by delegitimizing its investigation of President Trump. As the FBI man told the Post, “it’s not going away.”