Baltimore's notorious dirty cops case: An end to the "all police are heroes" myth?

The Gun Trace Task Force racketeering case is stunning in its depravity. Why wasn't it bigger news? 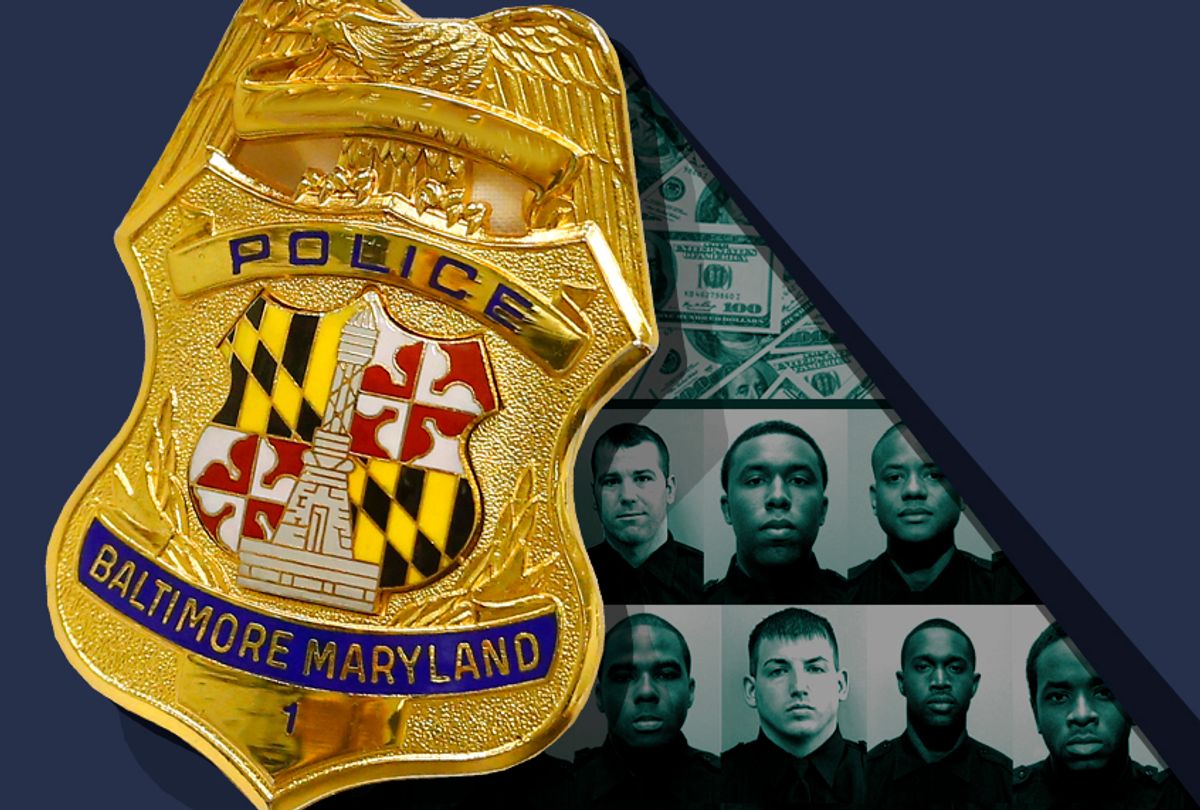 One of the most notorious gangs in American history is being prosecuted right now and no one is taking about it. A few national media outlets have touched on this disturbing case, but no one is really giving it the attention it deserves.

Some of the charges include fraud, extortion, armed robbery, stealing guns, selling guns, falsifying testimony and narcotic distribution. Strangely, Detective Sean Suiter, a homicide cop in Baltimore who once had ties to this group of criminals and was set to testify against them, was murdered right before their trial began, and still no one is talking about it.

Why the silence? Probably because the group mentioned above — the gang members — were all Baltimore City Police officers: members of the city’s elite Gun Trace Task Force (GTTF), plainclothes cops responsible for getting weapons off the streets and targeting the community's most violent criminals. Instead, they used their badges to become the most dangerous gang in the city.

A total of eight Baltimore city police officers were indicted on federal racketeering charges. Six officers pleaded guilty and four have cooperated with federal prosecutors. Two entered pleas of not guilty. Yesterday, Daniel Hersl and Marcus Taylor were convicted of charges of racketeering, robbery and fraud. The investigation and trial included cops ratting each other out in court while making excuses for their disgusting actions, blaming any and every one except themselves for the hundreds of thousands — maybe even millions — of dollars they stole, along with countless other crimes they committed, over the past decade.

It’s crazy how every national media outlet ran to Baltimore when a few cars were torched and a couple of buildings got tossed in protest after Freddie Gray died in police custody. The all-cops-are-heroes’ narrative in this country is ridiculous and dangerous. An innocent man died in police custody, and cop lovers and apologists still found a way to blame the victim for his own death.

State's Attorney Marilyn Mosby bravely brought charges against the officers involved in Gray’s killing in a time when holding crooked cops accountable for their crimes might as well be illegal itself. You’d think that the good cops would champion her determination, but of course they remained silent on the matter, or loudly supported their fellow officers. In the end, none of the cops involved in Freddie Gray’s death were convicted of any charges. Some would argue against the tactics prosecutors used, blaming them for allowing the officers to walk; however, I don’t think it would have mattered what the prosecution did. The all-cops-are-heroes-narrative sucked up Grays’s family’s chances of receiving justice.

Countless TV shows, movies and novels have for years pushed stories of honorable police officers who use their badges only in the service of good, and many of us, who have not had those experiences with police officers, just can’t relate. African Americans and other oppressed groups have been complaining about cops like this for years, even before the Gun TraceTask Force investigation and the Gray killing, but we were ignored or written off as crazy.

We are not crazy.

Take a walk through any poverty-stricken neighborhood and ask a resident to tell you some stories about police officers. Their bad experiences will always outweigh the good. Even officers who hail from those neighborhoods quickly assimilate to the established culture of law enforcement, and do little or nothing to create any changes in the system. And so the cycle continues.

The cops-as-heroes myth is one likely reason why the Gun Trace Task Force case has been grossly underreported, despite its lurid details. Showing America the convictions of and the plea deals from this collection of crooked cops will, hopefully, change that narrative permanently.

It is now time to break this vicious cycle. Let's start by acknowledging the real bad guys, because we should all know their names.

This is what real corruption looks like. Say their names, acknowledge their crimes, and understand that the problems may run even deeper that this case has shown. We'll continue to follow the fall-out of this investigation here at Salon.