Seriously, is there anything this figure skater can't do? 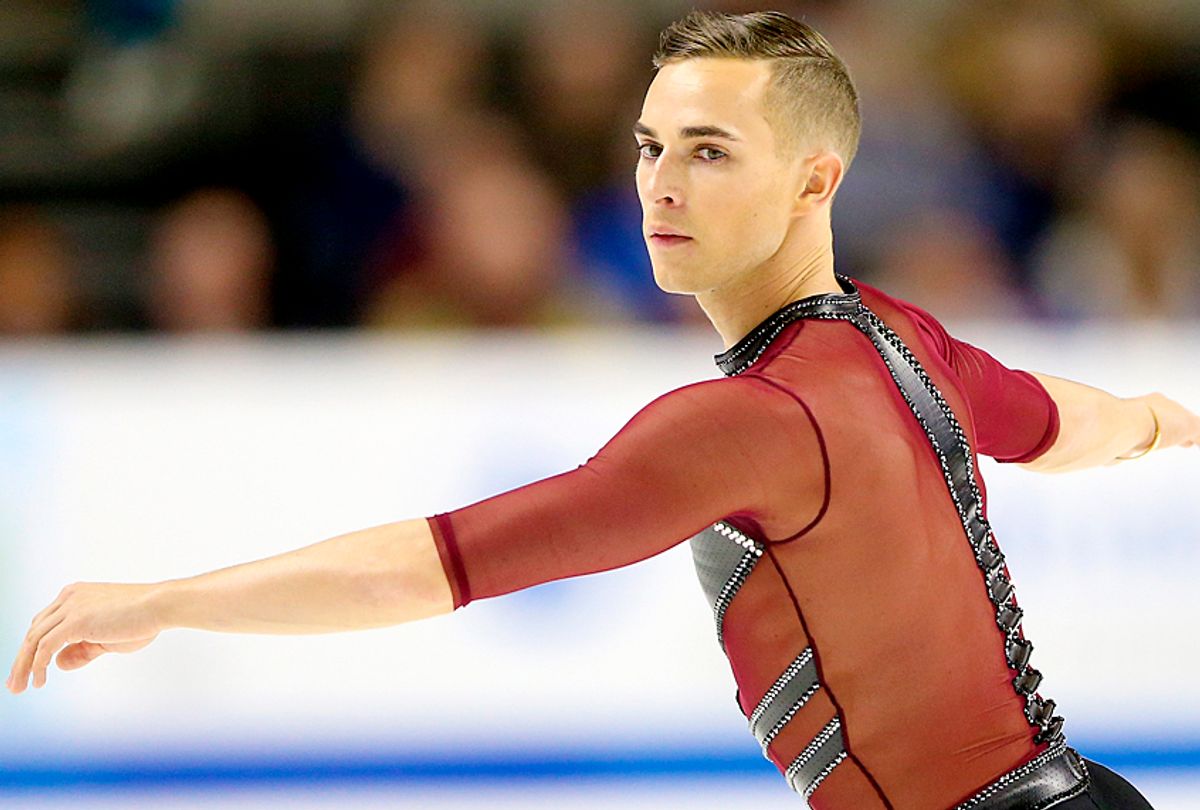 Seriously, is there anything that Adam Rippon can't do?

Rippon, the first openly-gay male athlete from the U.S. to qualify for the Winter Olympic Games, is returning home with a bronze medal in figure skating. But that's not all -- he just added "network correspondent" to his resumé, too.

The champion skater will spend the rest of the 2018 Pyeongchang Games working as a correspondent for NBC. His body of work will span TV, digital and social media, according to USA Today Sports.

With a personality as bold and dazzling as his costumes, the 28-year-old has managed to capture the hearts of a nation. Before Pyeongchang, the U.S. had never had an openly-gay male Olympian on its winter team, and it's been 14 years since an openly-gay male Olympian competed in the Summer Games. Freestyle skier Gus Kenworthy, who came out more than a year after he won a silver medal in Sochi, joins his friend Rippon on this year's team.

Rippon has been a vocal activist in the fight for equal rights. Even before he arrived in Pyeongchang, the Olympic medalist discussed the importance of LGBT representation at the Winter Games. And he made headlines for calling out Vice President Mike Pence for his history of anti-gay positions and alleged funding of so-called "gay conversion therapy."

When asked in December what it was like to be a gay athlete, Rippon answered, "It's exactly like being a straight athlete. Lots of hard work – but usually done with better eyebrows."

Rippon's Olympic debut has been a long time in the making. In 2016, the Pennsylvanian's dream came true with a national title win. "I'm like a witch, and you can't kill me. I keep coming back every year, and every year, I get better," he joked at the time, in an interview with NBC's Andrea Joyce.

Before becoming a U.S. champion, he served as an alternate for the 2010 Vancouver Olympics, and in 2014 he didn't make the Sochi team. Instead of skating on Olympic ice, Rippon ate burgers from In-N-Out with his fellow 2018 teammate Mirai Nagasu.

In a recently unearthed 2003 interview with Pennsylvania TV station WNEP-TV, a 13-year-old Rippon shared his dreams of one day making it to the Olympics. Now he's one of Pyeongchang's breakout stars — and he's emerged as a fan favorite on and off the ice.

The figure skater has received an outpouring of support, including from celebrities like Sally Field, Britney Spears and Reese Witherspoon. In anticipation of his free skate, Spears tweeted her encouragement to the bronze medalist.

"I just wanted to let you know that I am a fan, I am not in denial, and that you are THE MOST FUN!! Keep making us smile at the #WinterOlympics and good luck today," Spears wrote.

Hey @Adaripp.... I just wanted let you know that I am a fan, I am not in denial, and that you are THE MOST FUN!! Keep making us all smile at the #WinterOlympics and good luck today ✨⛸

From his talent to his eyebrows to his hilarious tweets, Rippon has become a true  Olympic hero. The self-described "glamazon b*tch" is unabashedly unafraid to be his authentic self, and with luck, he will continue to bring it back to TV screens every four years.