When it comes to dealing with mass shootings, Brooks wants to make sure gun owners' feelings don't get hurt 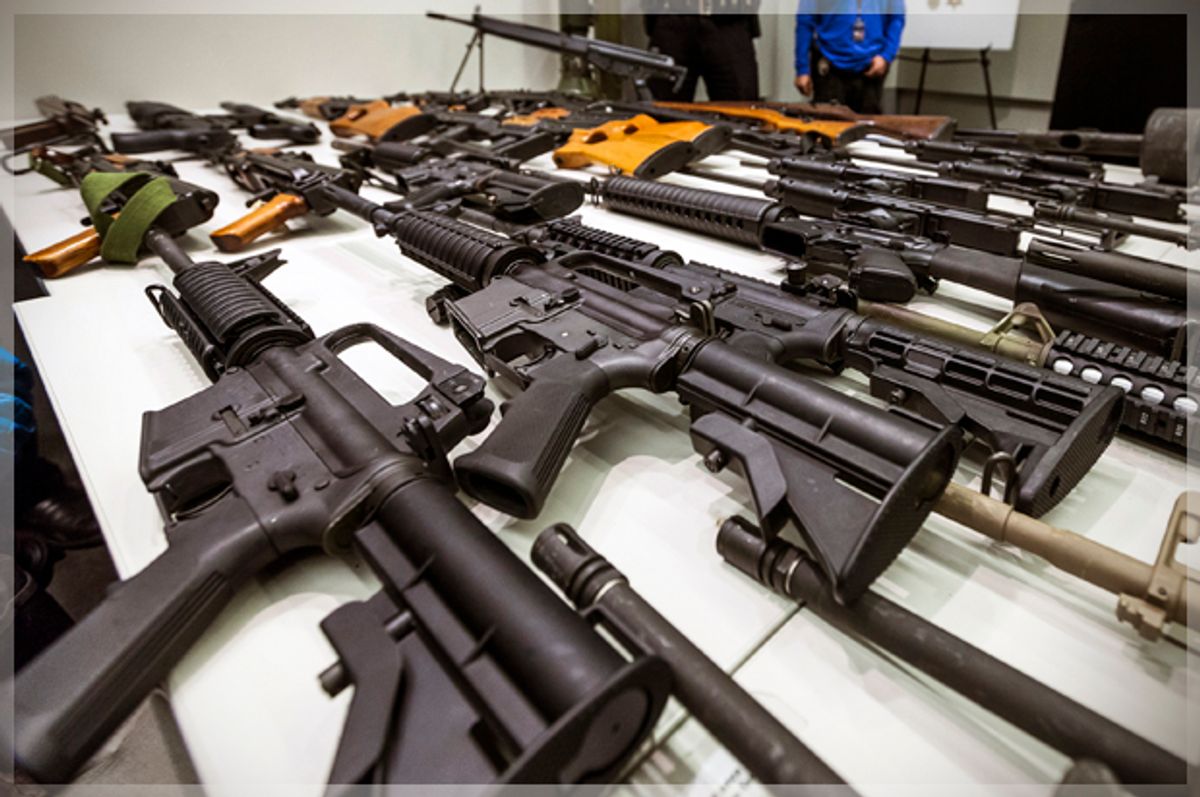 New York Times columnist David Brooks can always be counted upon to deliver the counter-narrative that America neither needs nor wants. After a gunman with a high-powered weapon killed 17 people at a high school in Florida, Brooks ignored the cries of the fallen teens' shocked and angry classmates and asked the question that needed to be asked: Why doesn't anyone think of the gun owners?

Here's how Brooks started his column — with a nod to the poor ol' NRA, about which people say such bad things because of its complete intransigence when it comes to anything that would limit gun sales in any way:

This has been an emotional week. We greet tragedies like the school shooting in Florida with shock, sadness, mourning and grief that turns into indignation and rage. The anger inevitably gets directed at the N.R.A., those who support gun rights, and the politicians who refuse to do anything while children die.

An ordinary columnist would point out that politicians doing nothing while children die would justify the anger against them. That's why teens are in the spotlight — they're the ones standing up to ensure that they can go to school without getting shot. All the while, politicians are still doing nothing.

If there’s one thing we’ve learned, it is that guns have become a cultural flash point in a nation that is unequal and divided. The people who defend gun rights believe that snobbish elites look down on their morals and want to destroy their culture. If we end up telling such people that they and their guns are despicable, they will just despise us back and dig in their heels.

Brooks has, through his career, enjoyed using the trope of a "cultural flash point" — and yes, the Brooksian term "culture war" makes an appearance, even though he's talking about actual violence and actual death. It's an easy fallback to avoid confronting politicians who don't want to do anything to stop mass shootings.

His next few paragraphs are spent talking about a mediation forum someone he knew attended. That featured conservatives and liberals coming together to have an open and frank conversation.

But public sentiment won't solve the gun debate, only policy can. We can't look inside ourselves and come together to do — well, what does Brooks propose doing exactly? — have a dialogue or something. That won't get guns like the AR-15 off our streets. And Brooks falls into the NRA (and Republican) trap. Instead of doing something, we should talk about things, and come to a consensus.

If the goal actually is to unite America, then listening to America would be a good start. Despite Brooks' claim, gun control isn't just a squishy coastal thing, especially when kids are being shot and killed. In a new Washington Post-ABC News poll, 77 percent responded that Congress wasn't doing enough to prevent mass shootings, and 62 percent said that Trump wasn't doing enough.

In response, here's Brooks saying that we shouldn't marginalize people (in red states) by letting their opponents dictate terms of policy, thereby marginalizing the views of a large majority.

The battle over the gun debate is really simple. Some people want to keep their guns, even at the price of an epidemic level of mass shootings. Some people are more worried about their children being shot. That may be why this point is so egregious:

So if you want to stop school shootings it’s not enough just to vent and march. It’s necessary to let people from Red America lead the way, and to show respect to gun owners at all points.

No, it's not enough to vent and march, especially if the NRA is going to win in the end and nothing will really change. No wonder David Brooks has problems finding people who want to have lunch with him.