Ta-Nehisi Coates is writing "Captain America," and it drops on July 4

An unorthodox move? The Marvel comic's narrative has always had an implicitly left-wing subtext, Coates explains 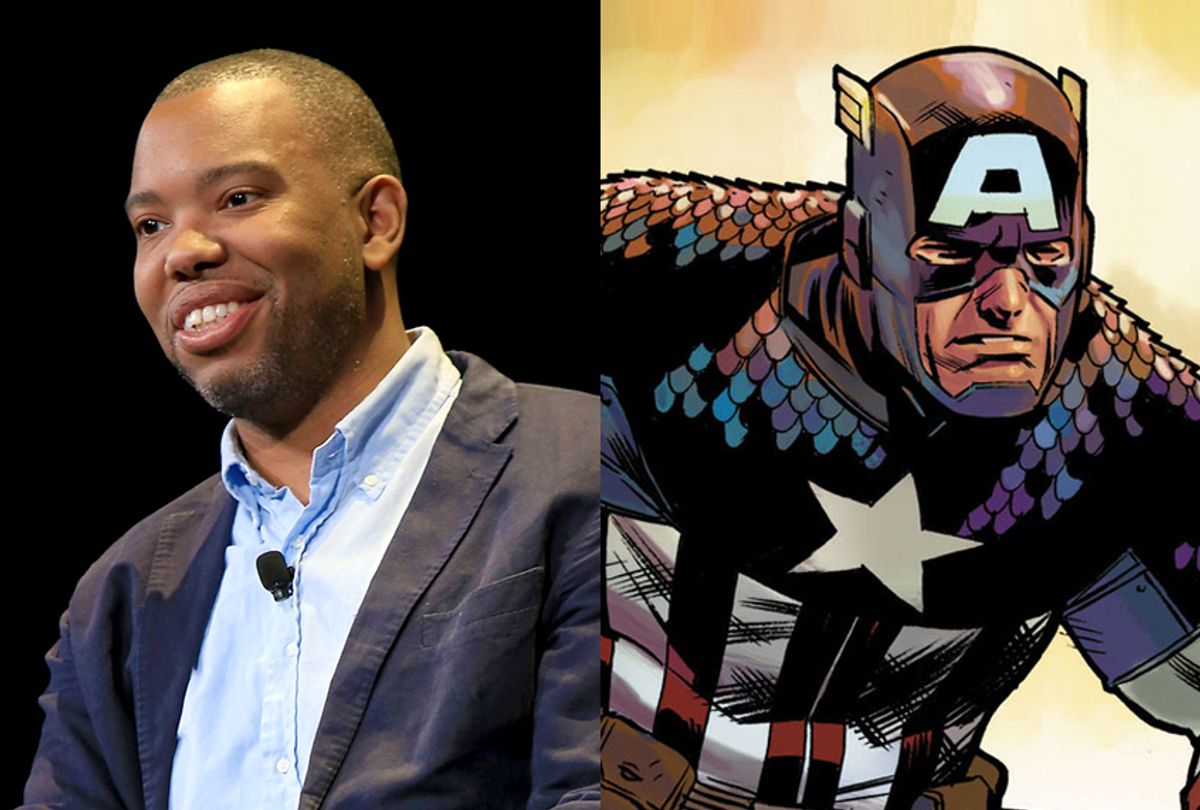 Even as Ta-Nehisi Coates plans new storylines for the "Black Panther" comic series, he is taking on a new project — writing for none other than Captain America himself.

While this may seem like an unorthodox move for an outspoken progressive like Coates, he explained in The Atlantic on Wednesday that there is a reason he has chosen to explore the adventures of Steve Rogers. After acknowledging that "those of you who’ve never read a 'Captain America' comic book or seen him in the Marvel movies, would be forgiven for thinking of Captain America as an unblinking mascot for American nationalism," Coates explained that the character's narrative has always had an implicitly left-wing subtext.

Rogers’ transformation into Captain America is underwritten by the military. But, perhaps haunted by his own roots in powerlessness, he is a dissident just as likely to be feuding with his superiors in civilian and military governance as he is to be fighting with the supervillain Red Skull. Conspirators against him rank all the way up to the White House, causing Rogers to, at one point, reject the very title of Captain America. At the end of World War II, Captain America is frozen in ice and awakens in our time—and this, too, distances him from his country and its ideals. He is “a man out of time,” a walking emblem of greatest-generation propaganda brought to life in this splintered postmodern time. Thus, Captain America is not so much tied to America as it is, but to an America of the imagined past. In one famous scene, flattered by a treacherous general for his “loyalty,” Rogers—grasping the American flag—retorts, “I’m loyal to nothing, general … except the dream.”

Coates ended his essay with a poignant reminder about the black comic book authors who came before him, many of whom faced creative barriers that Coates himself has been able to tear down. He specifically paid tribute to Denys Cowan, Dwayne McDuffie and Christopher Priest.

"There has long been a complaint among black comic creators that they are restricted to black characters," Coates wrote. "I don’t know what it means to live in a world where people restrict what you write, and the reason I don’t know is largely because of the sacrifices of all those who were forced to know before me. I have not forgotten this."

Even if Coates' success with the "Black Panther" comic series had not already proved that he could transition to fiction from the straightforward political and social commentary that he regularly offers in his articles for The Atlantic or in books like "We Were Eight Years in Power," he is in many ways a remarkably fitting choice for the "Captain America" series.

Just as Coates has devoted his career to exposing and fighting against discrimination, "Captain America" debuted in 1941 with a cover showing the titular character punching Adolf Hitler in the face — and at a time when many Americans were sympathetic to the Nazi leader. In more recent issues, the "Captain America" franchise has taken jabs at the Tea Party (which it characterized as racist) and against movements that target undocumented immigrants (which it also characterized as racist). Even when the character has taken stances that could be construed as more conservative — as he did in the 2016 film "Captain America: Civil War" — he has never came across as nationalistic or narrow-minded in his motives.

In other words, Coates and Captain America may not share the exact same political philosophy, but they certainly stand for the rights of the oppressed and against the rich, powerful and bigoted. That makes the character an ideal one for Trump's America — and Coates the perfect writer to adapt him to our time. Fittingly, the first issue drops on the Fourth of July.