One host tried to call out Hollywood over the gender pay gap and sexual harassment. But what about Bill O'Reilly? 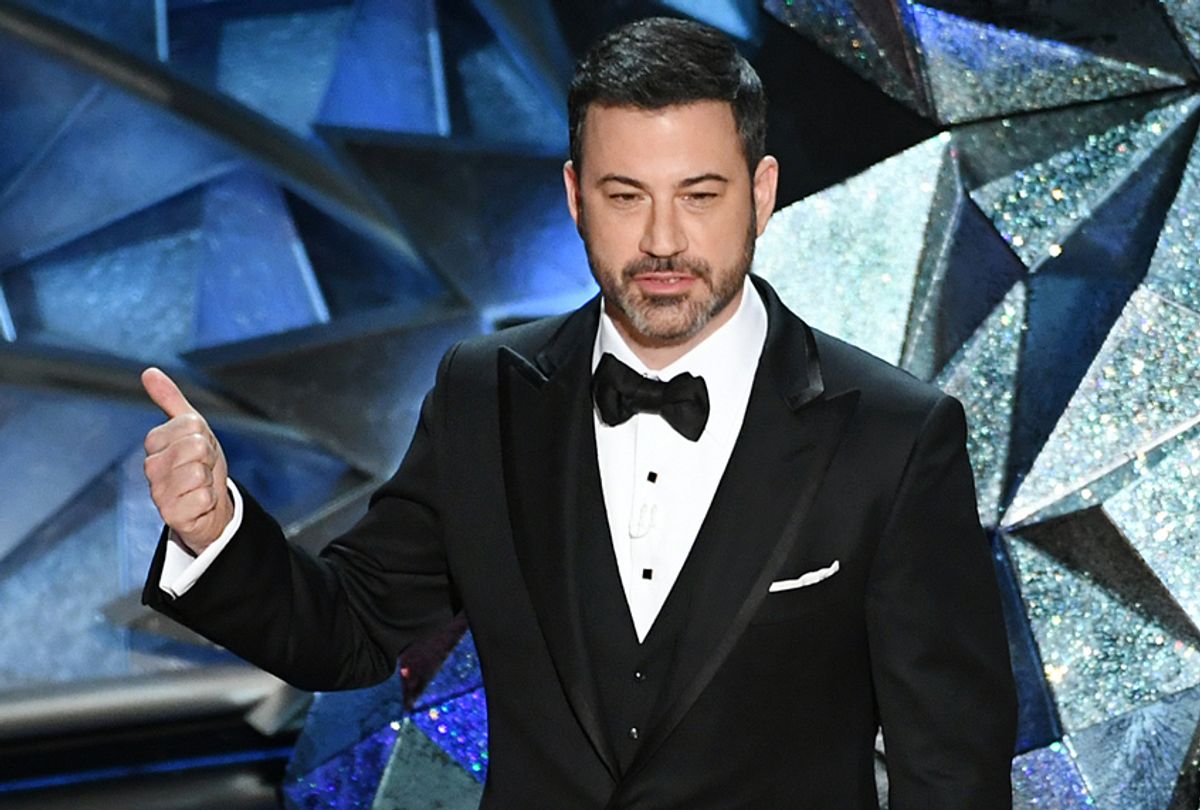 The political discourse at the 90th annual Oscars was pretty mild – to everyone except for Fox News. During a segment titled "Lights, Camera, Politics" on Monday, the hosts of "Fox & Friends" lamented how polarizing the Academy Awards have become.

"Despite the fact that Jimmy Kimmel said, at the very beginning, it [the broadcast] should be filled with positivity, it turned political quickly," Steve Doocy said. Then, a selectively-edited montage of some of Kimmel's Oscars night quips rolled, including jokes that took on President Donald Trump, Vice President Mike Pence and Fox News itself.

"So much for positivity!" Brian Kilmeade exclaimed. "Jimmy Kimmel is basically Chuck Schumer with a sense of humor." Kilmeade also attacked Kimmel for suggesting that viewers attend the Parkland students’ March for Our Lives rally later this month. "He’s basically an activist," the morning show host charged.

"You knew it was going to be political," Ainsley Earhardt added. "If you are a Democrat, you love it. If you’re a Republican, you probably don't watch." She then proceeded to call out Lupita Nyong’o and Kumail Nanjiani for highlighting their immigrant roots and lending their support to Dreamers.

"A lot of people tune in, because this is supposed to be one of the funniest shows of the year. And that hasn't happened for a long time," Doocy, who mentioned he only watched the Oscars for 20 minutes, said. Kilmeade, on the other hand, "could not get through it." But that didn't stop them either of them from levying criticism against the Academy.

But the most egregious portion of this segment occurred when Kilmeade attempted to call out Hollywood for its hypocrisy. He had the audacity to mention the gender pay gap and sexual harassment – while broadcasting live from Fox's studios. "I think Hollywood is not only not better than the average American and the businesses, you could argue that they're worse in terms of the sexual harassment and everything like that," he said, with a straight face. "So clean up your own house, when it comes to gender pay and all these other behaviors in the office before you start condemning people."