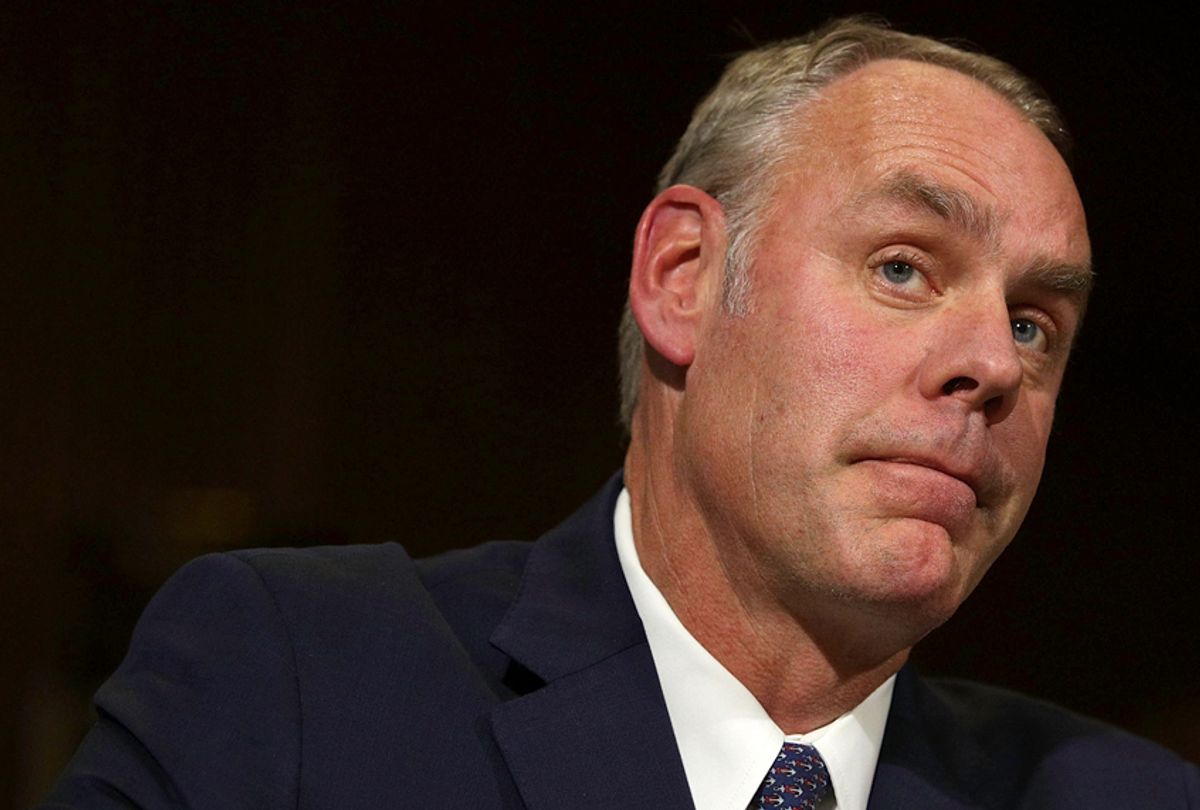 Yet another member of President Donald Trump's cabinet has been caught in a scandal involving excessive spending of taxpayer money.

The Department of the Interior is spending $139,000 on new doors for the office suite used by Secretary Ryan Zinke, according to Politico. The company, Conquest Solutions LLC, which is based in Maryland, has been paid to add a lock on a set of doors to Zinke's office, as well as replace three sets of double doors.

"The secretary was not aware of this contract but agrees that this is a lot of money for demo, install, materials, and labor," Interior Department spokeswoman Heather Swift explained in a statement. "Between regulations that require historic preservation and outdated government procurement rules, the costs for everything from pencils to printing to doors is astronomical. This is a perfect example of why the Secretary believes we need to reform procurement processes."

Zinke's door-purchasing scandal is part of a larger pattern that has emerged in the Trump administration. Earlier this week it came out that Secretary of Housing and Urban Development Ben Carson's office had spent $31,000 on a new furniture set despite there being a $5,000 limit. Last year Secretary of Health and Human Services Tom Price had to resign after it was revealed that he had spent more than $1 million in taxpayer funds for his various travel expenses. Trump himself has been criticized for costing taxpayers considerable sums for his golf trips, forays to Mar-a-Lago and other frivolities.

Zinke himself has also faced monetary scandals in his past. Back when he was a Navy SEAL, Zinke was accused of travel fraud, allegedly renovating his home and visiting his mother in Whitefish, Montana on multiple occasions in 1998 and 1999 but submitting travel vouchers that claimed he was performing official business. Zinke also became a controversial when an energy company from his hometown, with which he had personal ties, received a lucrative infrastructure contract in Puerto Rico despite being far too small to handle the massive job. There is no evidence that Zinke played any role in the awarding of that contract, but the odd fact that an otherwise-unqualified energy company would receive such an important contract and just so happened to be from Zinke's tiny Montana town did not escape the media's attention.