Colbert imagines a Trump sex tape, and it's really scary

"Will we see soon the release of 'Rail to the Chief: Donald Hump in the Oral Office'?" Colbert asks his audience 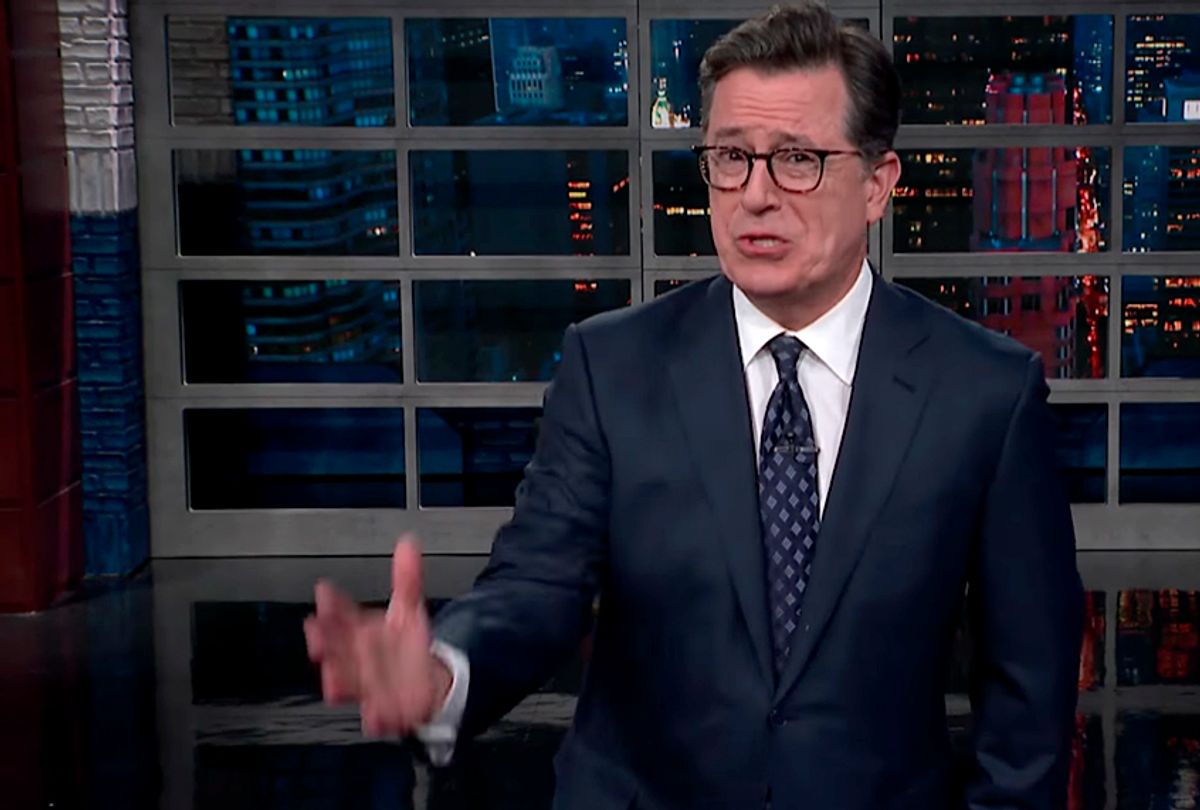 In an attempt to speak openly to the American public about her alleged affair with President Donald Trump, adult film star Stormy Daniels has offered to give back the $130,000 payment which has thus far bought her silence.

The actress, whose real name is Stephanie Clifford, made the overture Monday in a letter to Trump's personal attorney Michael Cohen, who orchestrated the hush agreement in the weeks leading up to the 2016 presidential election. In exchange, it would also free her to "use and publish any text messages, photos and/or videos relating to the President that she may have in her possession," according to CNN.

These developments spurred late-night host Stephen Colbert to muse about what kind of footage Daniels might posses. Does a sex tape starring Trump and Daniels exist, and if so, what would its cover art look like?

"Wait a minute . . . videos? Does that mean there's a Donald Trump sex tape?" Colbert asked. "Will we see soon the release of 'Rail to the Chief: Donald Hump in the Oral Office'?"

This isn't the first time the existence of a video that potentially shows a more intimate side of the president has been alleged to exist. Last year, rumors about a so-called "pee tape" surfaced in a dossier that claims Trump hired sex workers in Russia to urinate on a bed that Barack and Michelle Obama had slept in – while he watched.

The Steele Dossier, which was compiled by British intelligence agent Christoper Steele on behalf of the Washington-based firm Fusion GPS, alleges that Trump hired women to perform a "golden showers (urination) show" for him. In addition to claiming Trump has deep ties to Russia, the collection of memos accuses Russian officials of threatening to use the "compromising material" to blackmail Trump.

While several parts of the dossier have been verified, the allegation that Trump paid Russian prostitutes to urinate in a Moscow hotel room remain uncorroborated.

Colbert's hypothesis comes as Special Counsel Robert Mueller continues to search for evidence that members of the Trump campaign colluded with Russia during the 2016 election. It also follows reports that House Intelligence Republicans concluded that their investigation has found no evidence of collusion between Trump's presidential campaign and Russians officials.