Ryan Zinke wants you to pay more for national parks, but charge less for oil drilling 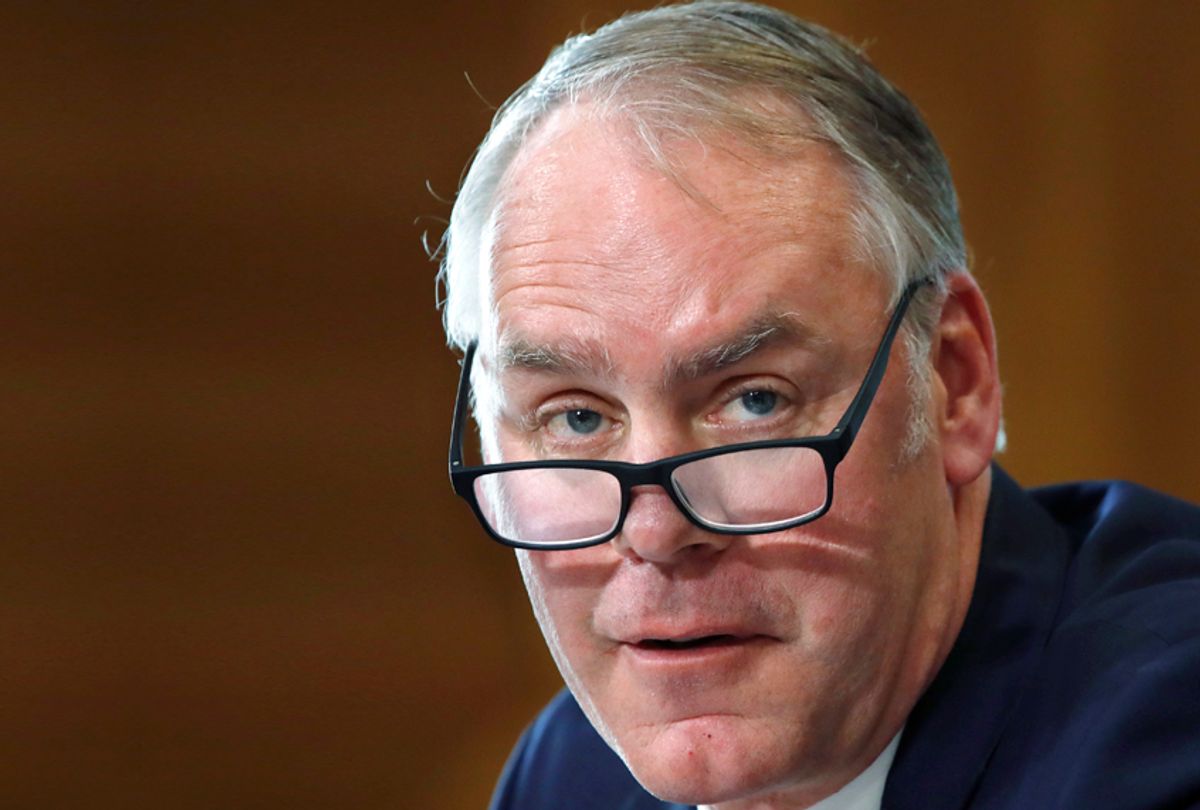 Secretary of the Interior Ryan Zinke found himself in the hot seat on Tuesday as the Energy and Natural Resources Committee grilled him over his determination to force taxpayers to spend more money to go to national parks . . . even as he spends their funds in seemingly egregious ways for himself.

As Zinke testified before the Senate about the White House's proposed 2019 budget, he was confronted with his proposal to double entry fees at some national parks during peak seasons in order to help pay for $11.7 billion in important maintenance, according to the Associated Press. He's proposing raising per vehicle weekly entry fees to parks like Grand Canyon and Yellowstone from $25 or $30 to $70 — even as he simultaneously wants to reduce the royalties paid by energy companies for drilling on public lands and offshore waters.

"When you give discounted or free passes to elderly, fourth graders, veterans, disabled, and you do it by the carload, there's not a whole lot of people who actually pay at our front door. You have a lot of foreign guests, a lot of population of them. So, we're looking at ways to make sure we have more revenue in the front door of our parks themselves," Zinke said.

Although he drew the line at slapping a new fee on veterans, Zinke objected to how everyone in the car with a veteran or a disabled person can get in for free, adding, "one person with a pass, everyone in that car comes in free. Now, whether or not that's correct, we're looking at it."

Zinke has already raised fees in one controversial way, requiring senior citizens to pay the same rate as non-senior citizens ($80) for a lifetime pass. The previous price had been $10, which Zinke described as too low.

"The greatest bargain in America is the $80 a year pass. I just took my kids to the theater, and after paying the ticket to the theater and having popcorn, it's more than $80," Zinke told the Senate.

Despite his habit of penny-pinching when it comes to the public, Zinke's personal purchases have landed him in the hot seat. He charged taxpayers $53,000 for three helicopter trips during the summer, $12,375 on an aircraft to take him from Las Vegas to his home state of Montana and $139,000 to upgrade three sets of double doors in his private office. When confronted about these expenses by Sen. Maria Cantwell, D-Wash., Zinke became testy.

Zinke has been at the center of scandals involving taxpayer funds in the past. He was accused of travel fraud when he was a Navy SEAL in the 1990s, and faced controversy when a lucrative infrastructure contract in Puerto Rico was awarded to an unqualified energy company, Whitefish Energy, located in his small Montana hometown. Although there is no evidence that Zinke had anything to do with the Puerto Rican contract being awarded to Whitefish Energy, the coincidence of it being a company from his town attracted attention.