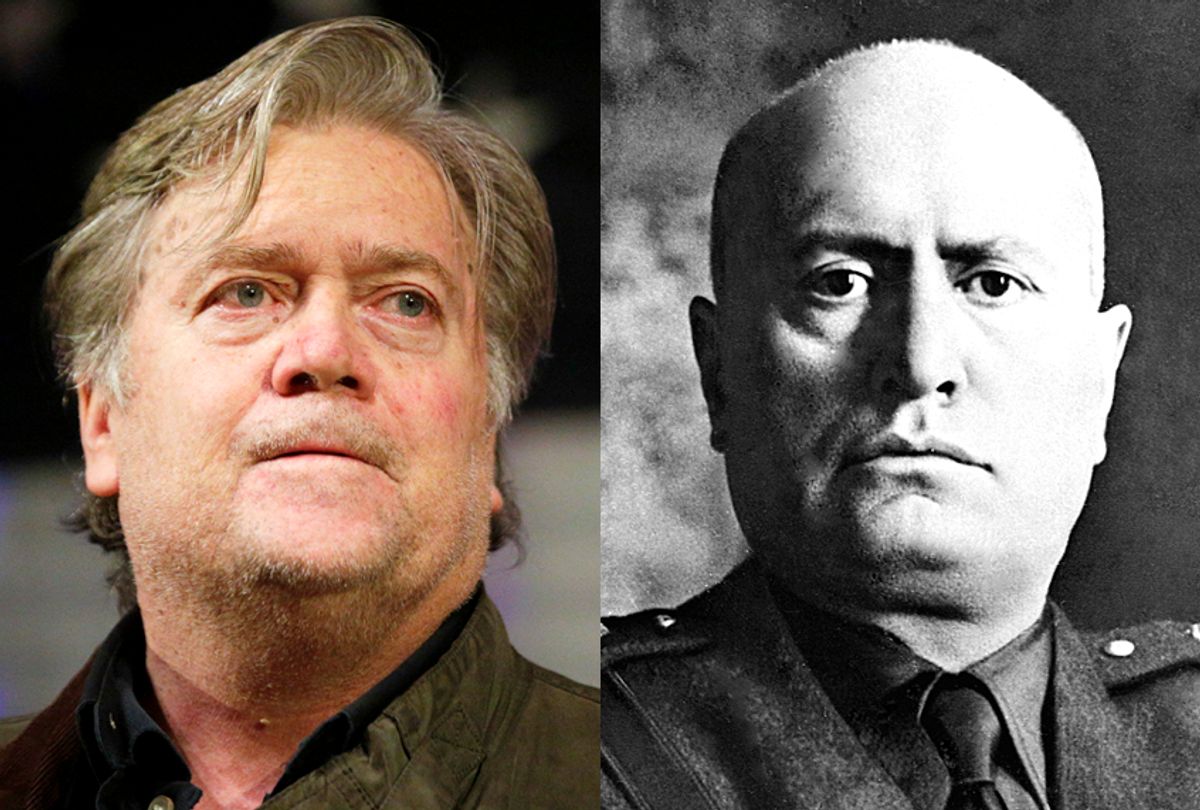 Steve Bannon, the former Breitbart executive who briefly served as chief strategist for President Donald Trump, admitted to a British media outlet on Thursday that he has a soft spot for the infamous Italian fascist dictator, Benito Mussolini.

During a conversation in The Spectator with Nicholas Farrell — who wrote a controversial rehabilitative biography of Mussolini in 2003 that Bannon was proud to declare he had read — the populist firebrand expounded on what he finds to be so likable about Adolf Hitler's ally.

"I haven’t read all the old biographies but it’s the only modern one that treated Mussolini as . . . one of the most important figures of the 20th century," Bannon told Farrell. "You put the juice back in Mussolini. He was clearly loved by women. He was a guy’s guy. He has all that virility. He also had amazing fashion sense, right, that whole thing with the uniforms. I’m fascinated by Mussolini."

If that sounds a lot like the cult of personality that has emerged around Trump, it's probably no coincidence. When Bannon was asked about the distinction between fascism and the new brand of populism popularized by the current president, he waved it off as inconsequential.

"This is all theoretical bulls**t. I don’t know," Bannon told Farrell. "Populism, fascism — who cares? It’s a media smear of the populist movement."

Bannon later insisted that populism and fascism couldn't be related because the Gracchi brothers — ancient Roman politicians who favored a land redistribution program that would have almost certainly been condemned as Marxist today — were populists like himself.