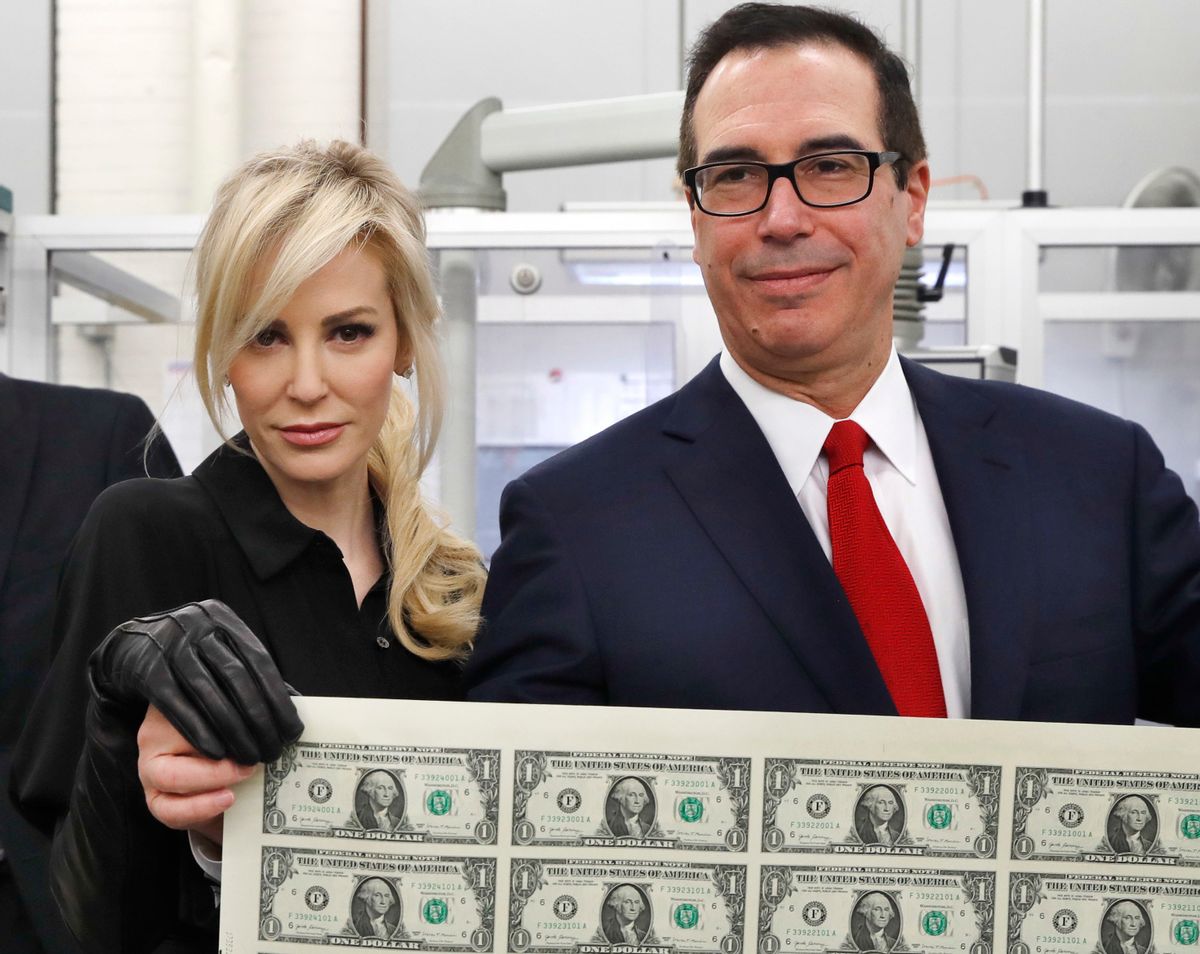 "Treasury Secretary Steven Mnuchin has billed taxpayers for the most expensive flight options available at every turn, appearing to never even consider flying commercial as his predecessors did," explained Citizens for Responsibility and Ethics in Washington on Thursday. After they filed a Freedom of Information Act request for Mnuchin's flight records after he used a military jet to fly to Fort Knox with his wife during the solar eclipse, CREW discovered that Mnuchin "apparently abused his access to military and non-commercial aircraft for both business travel and occasional personal travel."

"The documents CREW obtained show that between the spring and fall of 2017, he took eight separate trips on military aircraft at a total cost of nearly $1 million," the report explained.

"Secretary Mnuchin is one of a host of Cabinet secretaries who collectively have incurred millions of dollars of airfare expenses just during the first year of the Trump administration," the report concluded. "Only once this abuse came to light did the administration attempt to institute a more rigorous approval process. But the public still has no reasonable explanation for why Secretary Mnuchin apparently has never used commercial aircraft, while his predecessors did; why his travel is not designed to minimize costs by, for example, scheduling confidential calls when he is not on a short domestic flight; or why he needs military aircraft that can accommodate 120 passengers when his travel manifests contain far fewer names."

The report added, "From the documents Treasury provided CREW, it appears Secretary Mnuchin considers first and foremost his own comfort and ease, leaving the protection of taxpayer monies far down on his list of priorities."