"In the face of all of this death, we cannot continue with business as usual," Sessions told federal prosecutors 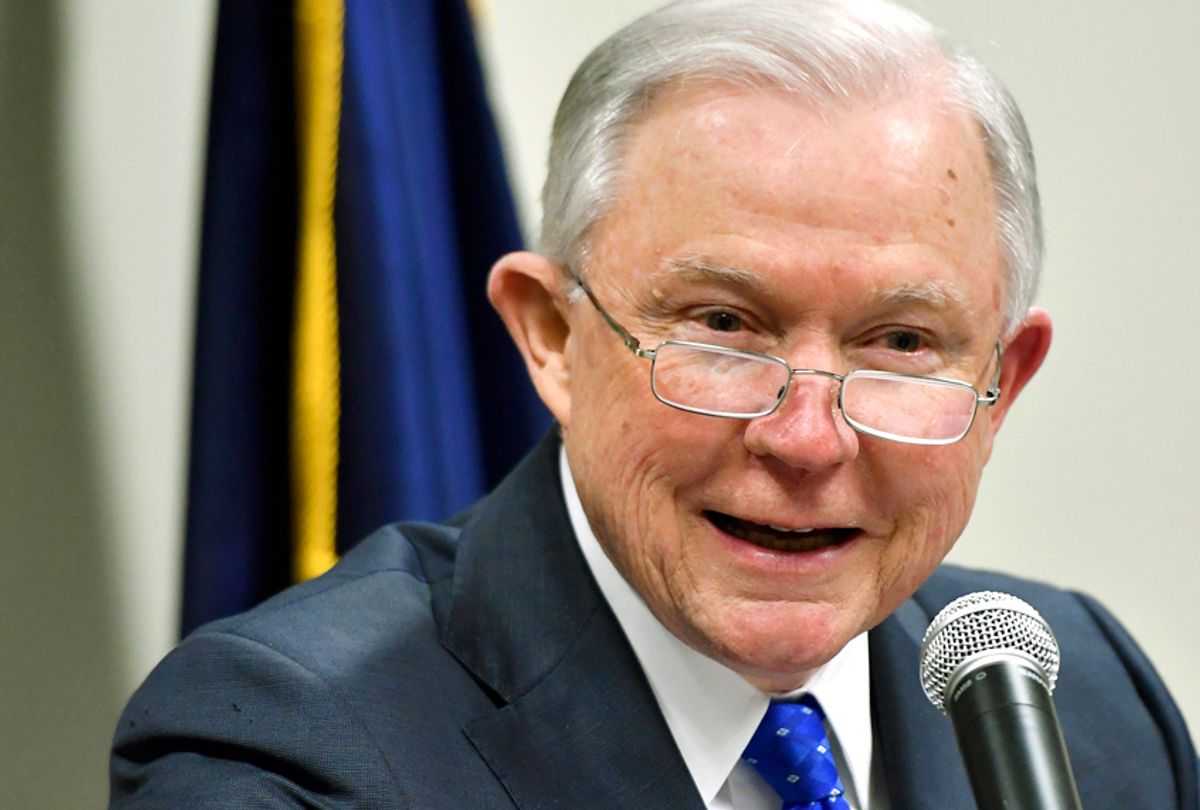 Attorney General Jeff Sessions, speaks to a gathering of law enforcement officials at the United States Attorney's offices, Thursday, March 15, 2018, in Lexington, Ky. Sessions spoke about the efforts to combat drug trafficking and end the opioid crisis stating that Ky. had a 29 percent decrease in opioid prescriptions over six years, and according to the CDC, the number of emergency room visits for opioid overdoses was 15 percent lower last summer than in the summer of 2016. (AP Photo/) (AP/Timothy D. Easley)
--

"In the face of all of this death, we cannot continue with business as usual," Sessions explained to U.S. attorneys across the country in a memo on why the death penalty should be sought when "appropriate," according to Reuters.

He added, "Drug traffickers, transnational criminal organizations and violent street gangs all contribute substantially to this scourge. To combat this deadly epidemic, federal prosecutors must consider every lawful tool at their disposal."

There are only four situations in which capital punishment would be considered a consequence for federal drug crimes cases: when there are large quantities of drugs involved, when the case involves the use of a firearm that resulted in death during a trafficking crime, when a case involves racketeering or when a homicide is committed as part of a drug-related criminal enterprise.

Sessions' decision was foreshadowed by Trump during a speech in the early-voting state of New Hampshire on Monday. During his address, Trump defied numerous civil liberties, drug policy and legal experts by insisting that the death penalty is an effective way of combatting drug crimes.

Trump also called for a campaign to convince Americans to avoid using drugs in the first place.

"The best way to beat the drug crisis is to keep people from getting hooked in the first place. This has been something I have been strongly in favor of – spending a lot of money on great commercials showing how bad it is," Trump told his audience.