Trump made the announcement on Twitter; Bolton has a pinch-me moment on Fox News 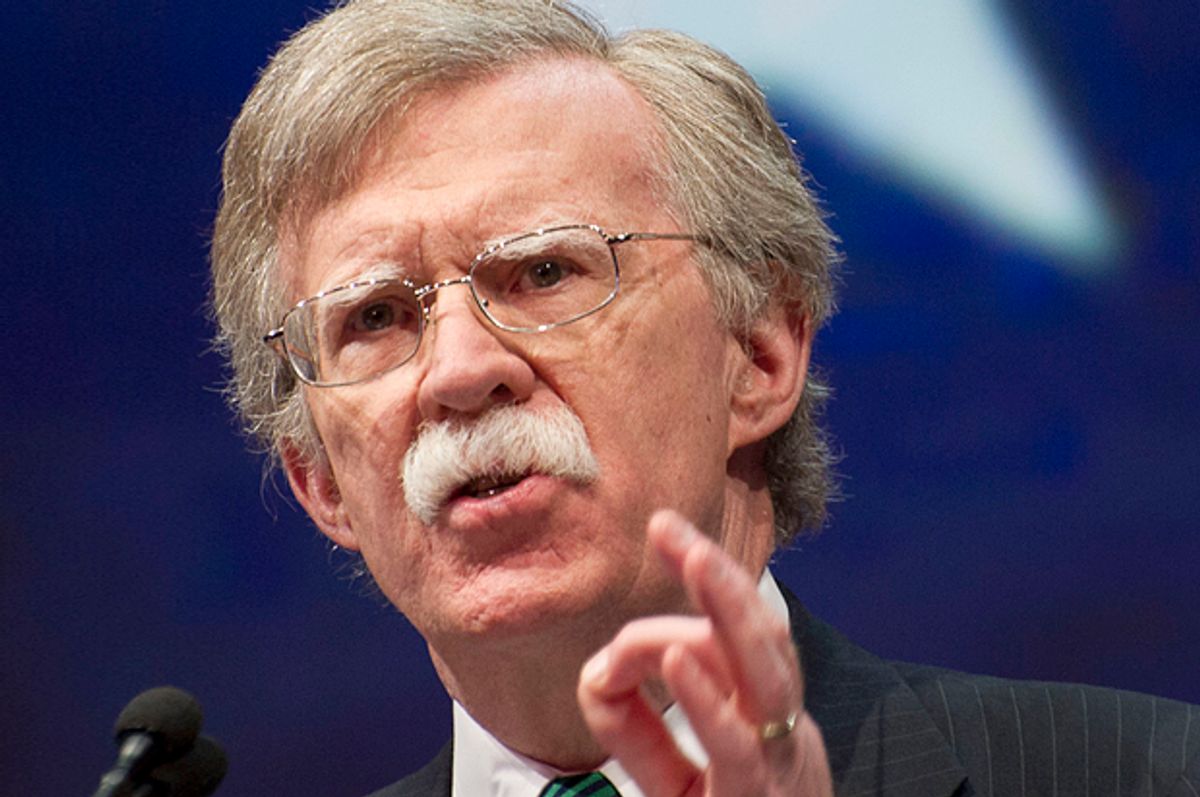 As expected as they've come to be in the Trump epoch, there’s nothing quite like an end-of-the-week White House staff shakeup. On Thursday evening, President Donald Trump announced on Twitter an important — albeit much-speculated and anticipated — staff change. H.R. McMaster is out as National Security Adviser, and John Bolton — Fox News commentator, former U.N. ambassador, and legendarily isolationist neoconservative warmonger — is in.

"I didn't expect this announcement,” Bolton told Martha MacCallum on Fox News Thursday evening, about an hour after the announcement. "I think I still am a Fox News contributor.”

Bolton continued to bask in his glory, relishing in a pinch-me, this-isn’t-real moment.

"It’s still sinking in, so I haven't thought about it a great deal," Bolton remarked on being appointed by Trump. "He may be a different kind of president than others but that's what the people voted for."

Speculation began to surface about McMaster’s dismissal earlier in the month. The Washington Post reported that Trump was making plans to fire McMaster due to Trump's inability to get along with the three-star Army general, but was waiting to find a suitable replacement before formalizing the announcement. This report was denied in a tweet by White House press secretary Sarah Huckabee Sanders.

Bolton said during his interview with Fox News that there will be a transition period and he looks forward to working with McMaster and his team.

Bolton is an interesting, but not surprising choice, for Trump to make to fill McMaster’s proverbial shoes. As a former U.S. ambassador to the United Nations, who once called to defund the U.N., Bolton has a reputation as a nationalist, a hawk, and a war-mongerer. Bolton has hinted he favors unilateral military intervention over diplomacy. In February 2018, he penned an opinion piece for The Wall Street Journal explaining how he is supportive of a preemptive strike on North Korea. In it, Bolton wrote:

“Pre-emption opponents argue that action is not justified because Pyongyang does not constitute an 'imminent threat.' They are wrong. The threat is imminent, and the case against pre-emption rests on the misinterpretation of a standard that derives from prenuclear, pre-ballistic-missile times.”

Bolton will be Trump’s third national security adviser in the last 14 months.