Wealth inequality is as prominent as ever, but you won't see that on TV

"I think people are sick of seeing folks shout at each other, they're sick of being spoken down to" 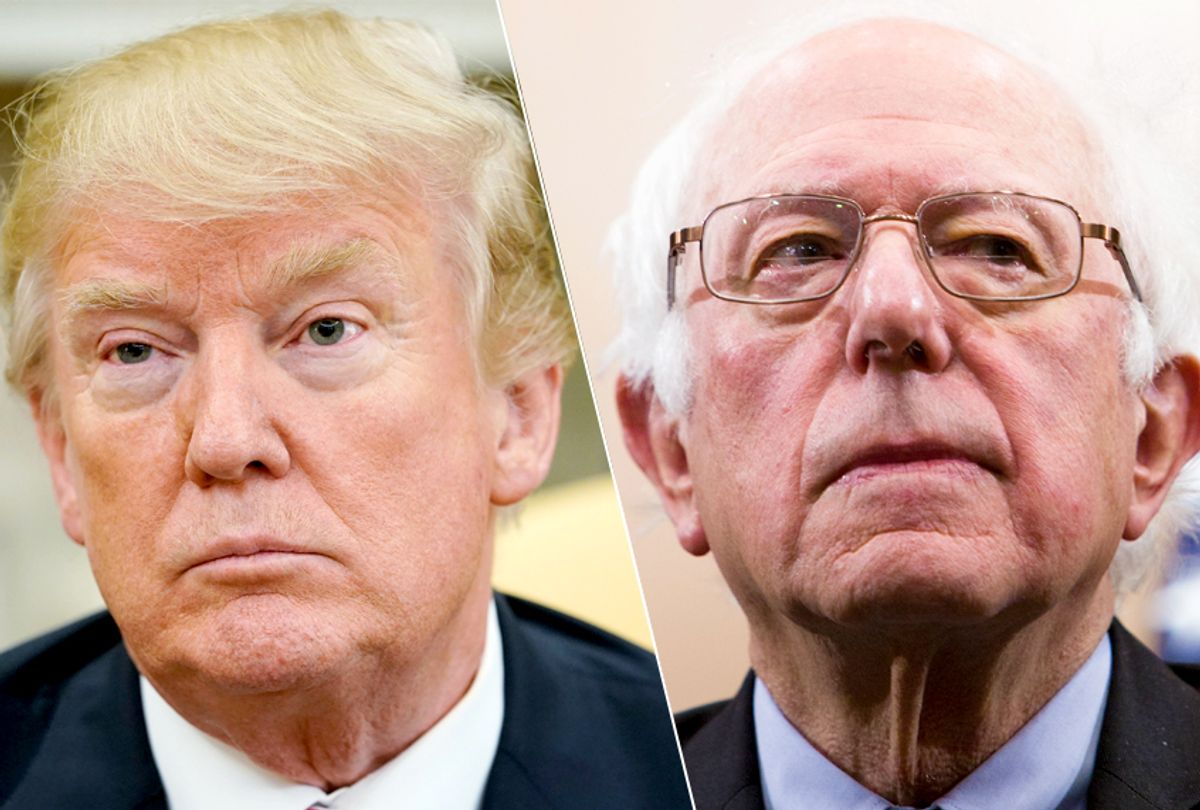 Economic inequality in the United States has grown substantially in recent decades, with little sign of any promising improvement. The wealthiest 1 percent in the country now own 40 percent of the nation's wealth, and shares of their wealth have increased, as as the bottom 90 percent have gotten poorer.

Even more troubling, the combined wealth of the bottom 90 percent of American households still falls short of the wealth owned by the top 1 percent. Concentrated wealth breeds concentrated political power, which is inherently contradictory of how a Democracy is designed to operate.

This is not the reality that is often presented on major cable news networks, despite the fact that it's an issue that impacts practically all Americans.

"Having conversations about working people, is a threat to the model that cable news and many other news organizations are built off of," Nomiki Konst, a progressive journalist for The Young Turks, told Salon.

She explained that the public has for some time now attributed that model to being one which is ratings-based, but Konst argued that there is an equal, if not higher demand now, for coverage of working-class issues. There's plenty of merit to her argument, and the most recent example of that was seen last Monday night at Sen. Bernie Sanders' town hall, which focused on economic inequality.

"When you put a bunch of people on TV fighting with each other, rather than investing in real-life reporting that can change people's lives, the excuse is that it's ratings and advertisers," Konst continued. "That excuse just doesn't work anymore."

She added, "I think people are sick of seeing folks shout at each other, they're sick of being spoken down to."

This highlights a clear imbalance of priorities, which is not to suggest that Stormy Daniels' legal battle with a sitting president is not newsworthy, but the variance is as obvious today as it's ever been, as Trump can direct the narrative on any given day with a single tweet.

During Sanders' event on Monday, Moore took heat when he slammed the "corporate media" because he argued it has only been focused on issues such as the Russia investigation, and said these types of stories were distractions. He pointed towards the West Virginia's teacher strike, which received zero primetime coverage from MSNBC. Moore is not the only one to have made that argument, as factions of the political left have echoed similar sentiments.

Konst also acknowledged that there is an element of danger for the media to only be hyper-focused on all-things Russia related. However, she emphasized, "It's very real, I'm not somebody who is a Russia skeptic, it's very real."

The common denominator, of course, is proper balance. Because as mainstream outlets spend endless time dissecting Trump's latest tweet, or whether or not he overtly condemned Vladimir Putin on any given day, Congress quietly took action to roll back Dodd-Frank, just one of many examples. Most astoundingly, it was done on a bipartisan basis, with more than a dozen Democrats having voted to rescind regulations put in place to prevent another financial crisis.

"It's a conscious decision when they choose not to have progressives at the table, as much as they have campaign consultants who failed with the easiest campaign in history," Konst explained.

Another prominent example is that a stunning report from last month showed that the home ownership gap between white and black Americans is wider now than it was during the Jim Crow era. Wealth inequality is inherently tethered to all of these issues that stem from disaster capitalism, which include climate change, mass incarceration, health care and so many more.

It shouldn't be all too difficult to see why stories that have a direct impact on so many Americans simply deserve proper coverage. But the mainstream media often caters to the corporate class, and pushes profit-based journalism, even as the public yearns for something more substantial.

Sanders' town hall on economic inequality talked about hard-hitting issues, ones that existed before and will continue to exist long after Donald Trump. The event could provide a valuable lesson for how political discourse should operate, what it should entail and whom it should empower versus whom it should challenge.

At the event, economics professor Darrick Hamilton correctly stated, "Economic justice should be a moral imperative."