The rapper defended gun ownership, and told his kids they weren't allowed to walk out of school in protest 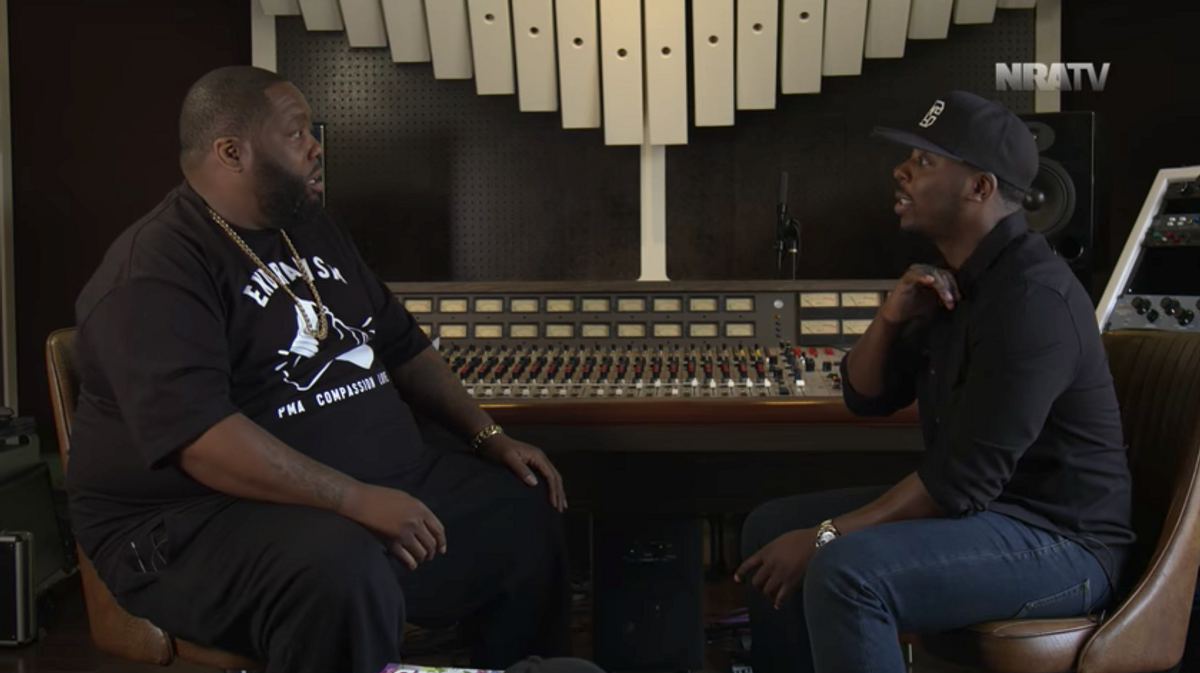 "Run The Jewels" rapper and social justice activist Killer Mike is on the receiving end of backlash among liberals and progressives for defending gun ownership in an interview on the National Rifle Association's video channel.

The NRATV interview was published as hundreds of thousands across the globe participated in the March For Our Lives protest on Saturday, and demanded action be taken to help bring an end to gun violence.

But Killer Mike, whose real name is Michael Render, explained that he is "very pro-second amendment," and specifically defended gun ownership for black Americans. He also slammed celebrities for having supported gun control efforts because he argued, "they are told what to do."

"I have worked as a tireless advocate for children and disenfranchised women in my community and I’ve also worked with gun groups like Georgians Against Gun Violence that are not the most pro-Second Amendment [organizations]," Render said in an interview with NRATV's Colion Noir. "But I said, 'If there’s a table to be sat at, the gun owner needs to be there.'"

Render labeled those who have called for gun reforms as "lackeys" of the progressive movement. A term used to describe someone as a follower, or a servant that obey's orders from someone else.

"You're a lackey of the progressive movement, because you've never disagreed with the people who tell you what to do," Render argued.

The former Sen. Bernie Sanders, I-Vt., surrogate went on to explain that when students walked out of their classrooms to protest gun violence, he told his own kids they were not allowed to participate. The incident took place at the end of February, just one week after 17 students were killed in a school shooting in Parkland, Florida.

"I told my kids on the school walkout, 'I love you, [but] if you walk out that school, walk out [of] my house,'" Render said. "We are a gun-owning family...we are a family where we’ll fish and hunt, but we are not a family that jumps on every single thing that an ally of ours does because some stuff we just don’t agree with."

"In Wakanda, everyone had guns!" Render said, in reference to the "Black Panther" fictional universe. He added, "I'm an African-American, 54 years out of apartheid I'm very pro-second amendment, this is why."

Render received plenty of criticism in the wake of the interview, most of which was fixated on the platform he spoke on, rather than the substance of his argument. NRATV has pushed a hard right-wing ideology, and recently aired a segment in which host Grant Stinchfield argued that CNN only wanted stories that featured "dead children."

Many who criticized the progressive rapper took aim at where he chose to express his views.

Render defended himself , and black gun ownership, on Twitter after the interview aired.