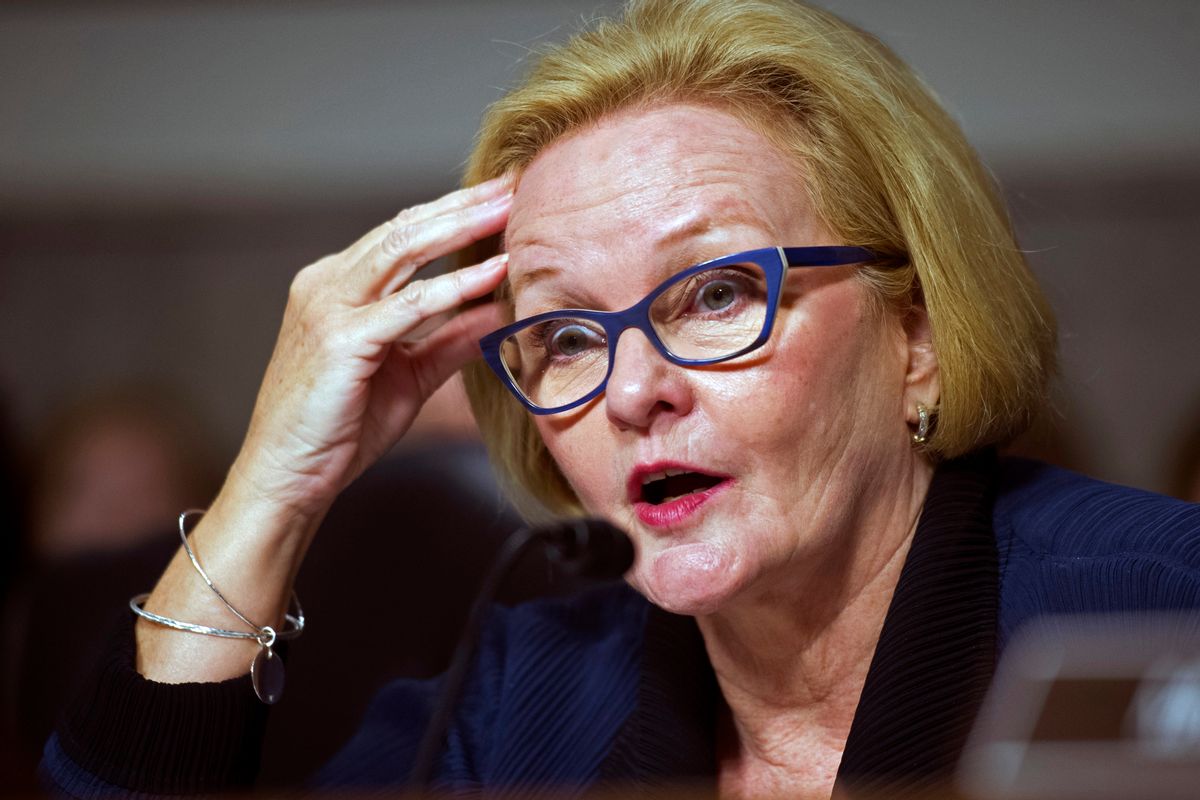 FILE - In this Feb. 2, 2016, file photo Sen. Claire McCaskill, D-Mo., speaks on Capitol Hill in Washington. It's a rare and momentous decision, one by one, seated at desks centuries old, senators will stand and cast their votes for a Supreme Court nominee. It's a difficult political call in the modern era, especially for the 10 Democrats facing tough re-election next year in states that President Donald Trump won. (AP Photo/Cliff Owen, File) (AP)
--

"I understand the point she was trying to make, but it felt like she was criticizing Missouri voters, and I would draw — talk about drawing a line — I would draw a line there," McCaskill admitted during an interview with MSNBC on Sunday. "I have great respect for Missouri voters, and there were a lot of reasons they voted for Donald Trump, some of which I completely understand. I mean frustration is a powerful motivator, and if you've played by the rules and worked hard all your life and you're further behind this year than you were ten years ago, no wonder you want something completely different."

"For those of us that are in states that Trump won we would really appreciate if she would be more careful and show respect to every American voter and not just the ones who voted for her" - Claire McCaskill on Hillary Clinton pic.twitter.com/J1rBBar8gR

After acknowledging that Clinton's comments were taken out of context (with the caveat that Clinton should be amply aware by now of the fact that that sort of thing will happen to her), McCaskill concluded, "For those of us that are in states that Trump won, we would really appreciate if she would be more careful and show respect to every American voter and not just the ones who voted for her."

Clinton's comments occurred earlier this month, when she told an audience in the Indian city of Mumbai that Trump won because his voters were looking backward. "If you look at the map of the United States, there's all that red in the middle where Trump won. I win the coast, I win, you know, Illinois and Minnesota, places like that," Clinton told the audience at the India Today Conclave.

She added, "But what the map doesn't show you is that I won the places that represent two-thirds of America's gross domestic product. So I won the places that are optimistic, diverse, dynamic, moving forward. And his whole campaign, 'Make America Great Again,' was looking backwards."
One day after Clinton made those remarks, McCaskill denounced them, telling The Washington Post that "those are kind of fighting words for me, because I’m partial to Missouri voters. I think they were expressing their frustration with the status quo. I may not have agreed with their choice, but I certainly respect them. And I don’t think that’s the way you should talk about any voter, especially ones in my state."