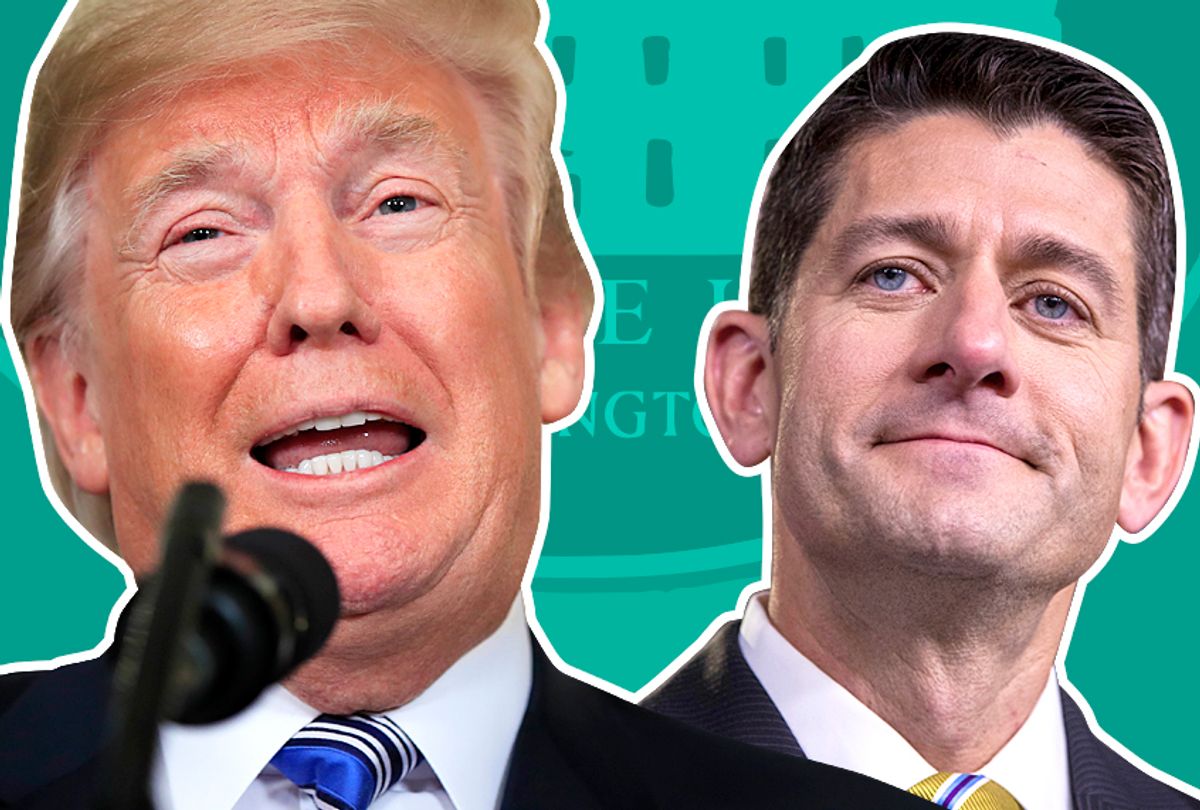 Democrats need to win 24 seats in the House of Representatives to reclaim that chamber in the 2018 midterm elections — and they're currently dealing with 48 competitive races.

That's just one of a number of factors which have given Democrats hope for November's outcome, according to The New York Times. Because President Donald Trump has been struggling with low approval ratings since the start of his presidency, he has become something of a dead weight around the necks of Republican candidates. If they support his agenda, they risk alienating the vast middle ground of voters that frequently determine election outcomes in competitive districts; if they refuse to support his agenda, they risk alienating their own party's base, which is disproportionately likely to have a high opinion of the president. This has no doubt been a major factor in more than 30 House Republicans declining to seek reelection in 2018.

In addition, of the 48 competitive seats identified by the Times, 41 of them are held by Republicans — and 25 of them are in districts that were won by Hillary Clinton during the 2016 presidential election. And Democrats see success in Conor Lamb's win against Republican candidate Rick Saccone for Pennsylvania's 18th Congressional District. Even though Trump won that district over Clinton by nearly 20 points in the 2016 presidential election, Lamb was able to squeak by with an upset victory — that suggests a Democratic wave could be in the offing.

In order to capitalize on the current momentum, Democratic leaders are likely to focus on winning the 25 congressional districts that voted for Clinton in the 2016 election. They will also focus on districts where Democrats have a fundraising advantage over Republicans, such as New York's 19th district. It will be critical for Democrats to center the national political debate around issues that are problematic for Republicans, such as their attempts to repeal Obamacare or their tax reform bill, while allowing the delicate dynamics of local races to play themselves out organically. Finally, they will need to mobilize their base to turn out and vote — not always an easy thing to do during midterm elections — and avoid settling into the complacency that many critics claim contributed to Clinton's defeat in 2016.

If the Democrats can do these things, however, history strongly suggests that 2018 could be a turning point for their party. More than half of the midterm elections since 1994 (during President Bill Clinton's first term) have seen swings in at least 24 seats, including the 2006 midterm elections (Democrats reclaimed the House by winning 32 seats). Although it will be more difficult for Democrats to also reclaim the Senate — they need to hold 26 seats (24 Democratic and 2 Independent) as well as win at least two of the nine seats currently held by Republicans — if they do that as well, it would allow them to control both chambers of Congress.

That, in turn, will make it easier for Democrats to both thwart Trump's legislative agenda and to ramp up investigations into Trump's potential criminal conduct, which has stalled while Republicans control both houses of Congress.

Yet Democrats would also be cautioned to remember that the extreme gerrymandering practiced by Republicans has taken its toll on their electoral viability.

"Because of maps designed to favor Republicans, Democrats would need to win by a nearly unprecedented nationwide margin in 2018 to gain control of the House of Representatives," explains a recent report by the Brennan Center for Justice entitled "Extreme Gerrymandering & the 2018 Midterm." "To attain a bare majority, Democrats would likely have to win the national popular vote by nearly 11 points. Neither Democrats nor Republicans have won by such an overwhelming margin in decades. Even a strong blue wave would crash against a wall of gerrymandered maps."

The report added, "The disparities are sobering. This decade, gerrymandering has helped Republicans. In the future, it may help Democrats. Although this report focuses on Democrats, its warnings apply with equal force to Republicans."

Although the Supreme Court is expected to hear several cases that involve the constitutionality of partisan gerrymandering, it is unlikely that their decision will be able to impact the results of the upcoming 2018 midterm elections.