After Conor Lamb: Democrats who could steal red districts

Is Conor Lamb a Republican in Demo-drag? No, and candidates like him could turn the blue wave into a tsunami 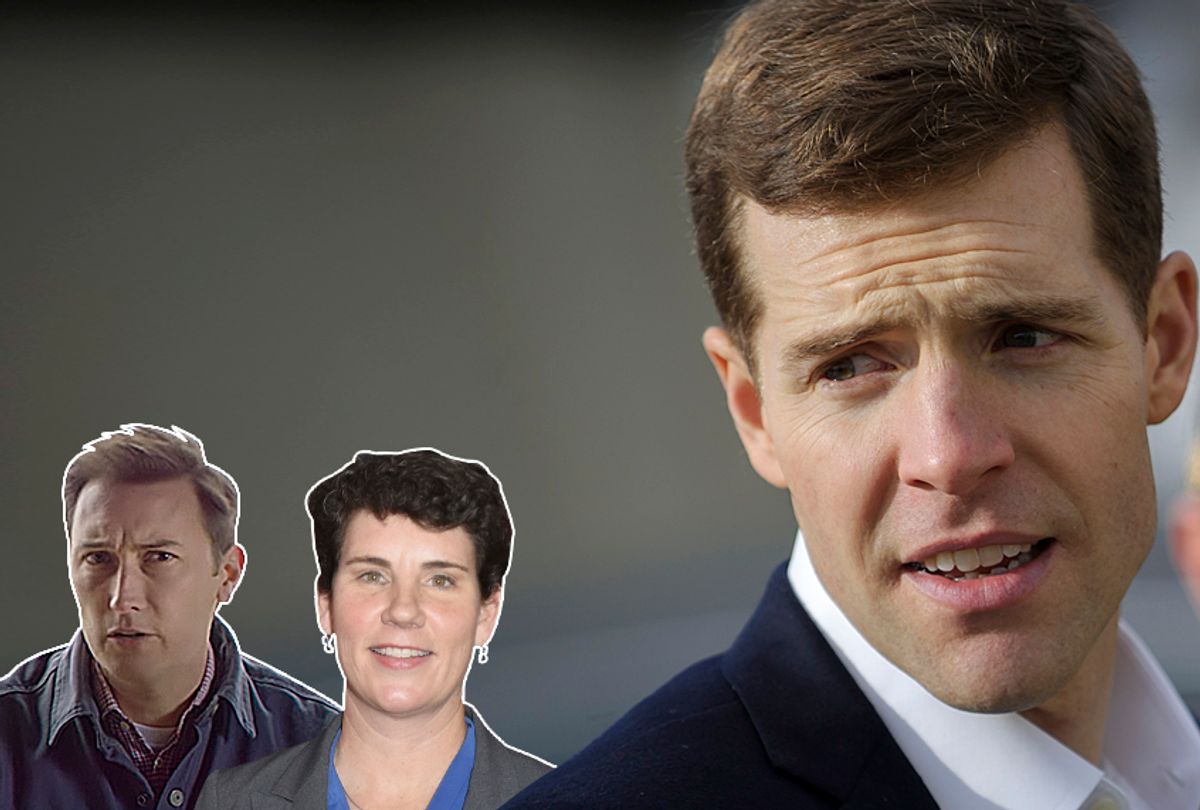 Democrats have smelled blood in the water for more than a year. Grassroots groups sprung into action shortly after Donald Trump’s shock election, mobilizing across the red and purple suburbs where apathy and defection handed him the presidency. Conor Lamb’s implausible victory on Tuesday -- in a western Pennsylvania district carried by Trump by 19 points only 16 months prior -- has further served as a shot in the arm for a party shut out of power and dreaming of a "blue wave" this fall.

Democrats only need to win 24 Republican-held seats to take control of the House of Representatives (23 if we count Rep.-elect Lamb's soon-to-be-redistricted seat) — and their path back to power in the chamber may go through the unlikeliest of places: Red-state America.

The only two elections in which a Democrat won a seat previously held by a Republican during the Trump era occurred in two deeply red regions. Of course Sen. Doug Jones ran against the most deeply flawed major-party candidate in recent history in ruby-red Alabama. But in both cases, Democrats were boosted by running candidates who looked considerably more moderate than either the Democrats leading the national party or the Republican who leads the nation.

Moderation in character, however, should not be confused for moderation across major policy positions.

As I noted in response to Republicans’ desperate attempts to spin Lamb as a “Republican-lite” after his razor-thin victory, beyond his pro-gun rhetoric and his willingness to support fracking in coal country, Lamb ran a center-left campaign in a solidly Republican district. He's more a Hubert Humphrey liberal than a Hillary Clinton neoliberal.

Lamb’s public profile was slim before he quit his job as a federal prosecutor to run for Congress five months ago, despite coming from a local political family. An effective communicator, the 33-year-old traveled across a rural, conservative district that was ripe for the picking after a seat unexpectedly opened up thanks to former Rep. Tim Murphy's adultery-and-abortion scandal. Lamb sold himself as happy to work with the other side in an effort to help every constituent. He expressed a willingness to vote with Trump on occasion, while also clearly running against the Trumpian GOP agenda. He packaged the conciliatory politics of Barack Obama with an explicit appeal to the "white working class" Obama-to-Trump voters, and won in a deep red district as white as Utah.

Now the mad scramble to replicate the Conor Lamb magic is on in several districts which broke heavily for Trump in 2016.

“I’m the first person from my family to graduate from college and the primary thing with this campaign is we want economic opportunity for everybody here in the 5th District no matter where they live, the color of their skin, the color of their collar – we want them to be included in the economy too,” Huffstetler said before a rally in Charlottesville this week.

If he wins the Democratic primary, Huffstetler would face a Freedom Caucus member with connections to Jason Kessler, a white nationalist leader and one of the organizers of last year’s infamous Charlottesville protest. Democrat Tom Perriello, a Bernie Sanders-style progressive who lost last year’s gubernatorial nomination to Gov. Ralph Northam, won this Virginia district in 2008, but lost in 2010.

Huffstetler said Garrett thinks that because of his military service “he can lecture us on national security," but “he doesn’t know anything about the economy. He just voted for a $1.2 trillion bill based on Republicans’ view of the economy when Eisenhower was president of the United States.”

Also in the mold of Lamb, albeit in slightly different packaging, is Democratic newcomer Amy McGrath. Challenging Rep. Randy Barr in a Kentucky district that the Cook Political Report rates "R+9," McGrath announced her campaign with a viral campaign ad that played up her military experience — complete with bomber jacket — but has since focused her message on the economy and has sold herself as a more accurate reflection of her district than either her Democratic competitors or the Republican currently in the seat.

“In the rural areas, many, many people feel left out and left behind by our country,” she told Vox in a recent interview. “Especially in the Democratic Party, we cannot keep relying on a staple of rich white people, old men, to save the Democratic Party.”

Another Democratic female veteran, a former Navy helicopter pilot and mother of four, is vying for the seat currently held by Republican Rep. Rodney Frelinghuysen in New Jersey. While not exactly Trump country, the district has been reliably Republican for Frelinghuysen’s 23-year congressional career. After Rebecca "Mikie" Sherrill presented the first serious challenge in decades, raising more money than Frelinghuysen in one quarter, the veteran Republican announced his retirement at the end of January.

New Jersey's 11th District is considered a toss-up race by the Cook Political Report. Trump won the district by 1 point in 2016 after Mitt Romney won it by 6 points in 2012. Last November, Democratic Gov. Phil Murphy won the district. In addition to his vengeful targeting of high-taxed blue states in the GOP tax bill, Trump has angered New Jersey Republicans by refusing to include funding for a major transportation project in the area in the federal spending bill.

"Mikie, we don't need a wall, we need a tunnel to Manhattan," the veteran said she often hears while campaigning. And while politics is often local, Sherrill acknowledges that her candidacy was spurred on by Trump's election. "I knew I had to serve again," she recently told The New Jersey Herald. Trump is an "attack on everything I have really spent my life supporting and defending."

Of course, this is not just about military pedigree. As Bill Scher notes in Politico, Democrats have run a steady stream of veterans since the start of the Iraq invasion. Most of them have lost. Different demographic constituencies — from white women in the suburbs of Virginia to black women in Alabama to union workers in western Pennsylvania — have been credited with delivering Democrats’ biggest wins over the last year. The disparate groups in Democrats’ “big tent” certainly share common ground, but there is no evidence of a constituency out there for a neoliberal, Wall Street-friendly Democrat.

Concerns about the "electability" of a Democrat should only run as deep as the top concerns for Americans across partisan affiliation, which are the economy and health care. An exit poll released by Public Policy Polling found that health care was a top issue for 52 percent of voters in Tuesday’s Pennsylvania election. Voters who said health care was the most important issue to them favored Lamb over Republican Rick Saccone, 64 to 36 percent.

Not every Democratic candidate has to run on a platform of single-payer health care, but every Democrat should vow to fight Republicans’ attempt to dismantle the social safety net. In the Senate, where Democrats face nearly impossible odds this fall, Sen. Tammy Baldwin, D-Wis., recently introduced a bill to beef up subsidies under the Affordable Care Act. She’s up for re-election in a state won by Trump (and is widely seen as likely to win).

Republican voters are frustrated, and their turnout in elections in the Trump era has reflected as much. They were promised a repeal of Obamacare, the defunding of Planned Parenthood and a big, beautiful wall. All they’ve gotten is a temporary tax cut, record deficits and building momentum for gun control.

Outside Trump country, Democrats can and should run as unabashed progressives, promoting women and folks from underrepresented groups wherever they can. It's true that Democrats could win the popular vote across the country by double digits and still fail to win a House majority, thanks to Republican gerrymandering. But these candidates in red districts, with their compelling biographies, youthful energy and appeal to white working-class voters, give Democrats hope that their party has a future after Donald Trump.