What could have saved the Hart children? 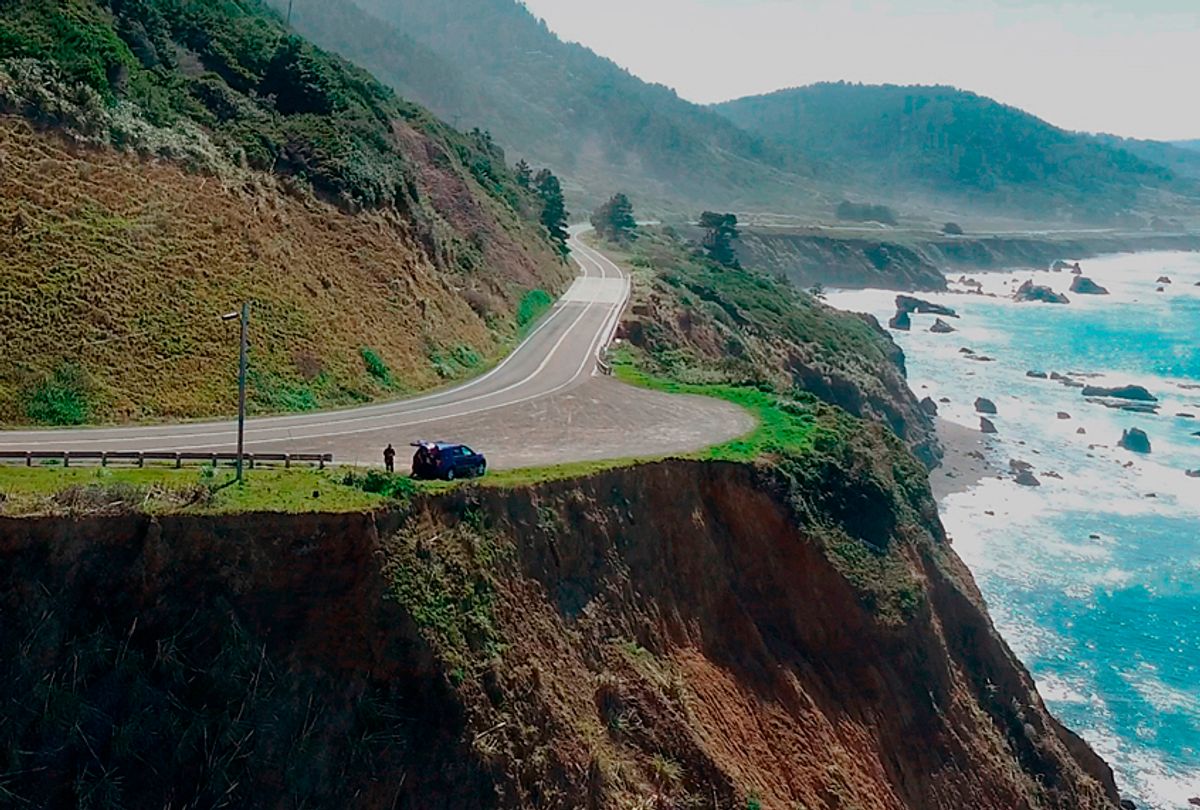 The pullout where the SUV of Jennifer and Sarah Hart was recovered off the off Pacific Coast Highway 1, near Westport, Calif. (AP/Alameda County Sheriff's Office)
--

The tragedy seemed to unfold in slow motion. First there was the news that an entire family had been involved in a mysterious crash on March 26 that had left five people confirmed dead and three presumed so. Then the stories of abuse began to emerge. Then on Sunday came reports that the plunge off a California cliff may have been deliberate. How did this happen to the Hart family children? And who, if anyone, could have saved them from their own mothers?

Until the March crash in Mendocino County, the Hart family was best known for a viral photograph of one of its members. In 2014, a then 12 year-old Devonte Hart appeared at a Portland protest over the Ferguson verdict. He was weeping and carrying a sign offering free hugs. Portland Police Sergeant Bret Barnum stepped forward to take him up on the offer, and the image — of a white cop and an African American kid locked in a tearful embrace — went viral. As another photographer there at the event said at the time, "Devonte is doing the healing while the rest of us still need to do the work."

But the media frenzy had an impact on the Harts, who reportedly "stayed locked in their house until slowly the reporters and photographers subsided." Now, however, there are questions about whether that desire for privacy had a more sinister element. And Devonte is presumed dead, along with the rest of his family, including his siblings Hannah and Sierra.

Jennifer and Sarah Hart had been on Child Protective Services' radar for years before the crash — long before the famous photograph. In the days following the wreck, KATU reported that Sarah Hart pleaded guilty to a domestic assault charge in Minnesota in 2011 after her daughter revealed several bruises all over her body to a teacher. Sarah explained at the time that she had "resorted to spanking" over the child's misbehavior.

Neighbors Bruce and Dana Dekalb told KATU News they'd called CPS as recently as days before the crash, claiming that the children "came over to their house, asking for food, eventually several times a day." They also said one of the children tried to run away last fall. CPS had reportedly identified the children as "potential victims of alleged abuse or neglect." After a case worker knocked and received no response on March 23, witnesses say they saw the family pack their SUV and take off.  Yet other neighbors thought the family seemed happy. "Jen and Sarah really were the kind of parents that I think the world desperately needs," a longtime friend told Portland's KOIN last week.

On Sunday, a California Highway Patrol representative told KOIN that the crash appears to have been an "intentional act," saying that based on their investigation, "It was pure acceleration from last break application until it hit the bottom of the ocean — the edge of the ocean." The SUV's speedometer was stopped at 90 mph. Mendocino County Sheriff's Lt. Shannon Barney cautioned, however, that's it's still "too early" to say for certain what happened.

It's notable that at some point between the assault charge and the March car crash, the Harts reportedly began home schooling their six adopted children, whose ages ranged from 12 to 19. Yet the Oregonian reports that the mothers "never filed the proper notices [to home school] in Oregon and Washington, according to agencies in both states." The local school districts likewise have no record of the children. David Holmes, superintendent of schools in La Center, Washington, told the paper that it is " totally up to the family to notify."

As unusual as the Hart's horrific fate is, their story bears echoes of another shocking family case from early this year — that of the Turpins. In January, California couple David and Louise Turpin made headlines for allegedly abusing and keeping their thirteen children — ages 2 to 29 — in captivity. Their alleged crimes came to light when their 17-year-old daughter escaped through a window and managed to call 911. Like most of her siblings, the girl was so malnourished that she appeared several years younger than her true age. When police arrived at the home, three of the children were chained up. Authorities described the entire home, riddled in filth, as "a crime scene." And Reuters reported in January that "It may have been easier for the parents to shield their children from scrutiny because they were home-schooled." That pathologically controlling behavior was also on display in the case of Gypsy Rose Blanchard, whose abusive mother Dee Dee convinced the home-schooled girl she had an array of debilitating illnesses, until Gypsy and her boyfriend killed her.

It's not that home schoolers are prone to abusing their children — the vast majority of the community is made up of loving, involved families. But as a recent LA Times op-ed argued with some staggering statistics, the concern is that abusers can exploit the home schooling system. A 2014 study of child torture reported that "47% of school-age victims had been withdrawn from school for homeschooling and an additional 29% had never been enrolled." Other sources dispute the figure, however, and assert that home schoolers suffer no more neglect and abuse than traditionally schooled children.

Yet our erratically regulated American home schooling system and the way abusers operate can make a devastating combination. Nearly 60 percent of child abuse reports come from professionals who have regular contact with children, and have a system of reporting requirements. Take that safety net away, and a child becomes more vulnerable. Presciently, five years ago, the Coalition for Responsible Home Education explored the potential for abuse in the community, noting red flags that now seem like hallmarks of the Turpin and the Hart cases, including "confinement and food deprivation," "isolation and totalistic" behavior that verges on "cult-like" and targeting "adoption and special needs" children, with particular regard to families with "large numbers" of children. "In some cases," the organization observed, "parents may start out honestly wanting to do their best, but end up becoming abusive. Ignorance can be as damaging as malice."

In the cases of the Harts and the Turpins, there are still so many lingering questions regarding what precisely happened to their children. Yet the picture that emerges of both families so far involves extreme isolation and deprivation. These cases involve 19 children, many of them teenagers, but you'd be hard pressed to find any accounts yet from their own peers. The Turpin children appear to have been cut off from outside community for years, emerging only for tightly regimented, photo-op family trips. A former classmate recently recalled the bullying one of the older Turpin girls received when she was still in a traditional school, but that would have been 20 years ago. And while the "family friends" of Jennifer and Sarah Hart have described the women as "loving, inspiring parents," where were Devonte's friends? Where were Markis and Jeremiah and Abigail and Hannah and Sierra's? Where were the peers to advocate for them?

Over the past several weeks, parents and their kids have taken to the streets and to their representatives' offices to demand safer conditions for them within our schools. That is a fight borne of unfathomable loss, a fight with momentum that cannot be lost. But while the Turpins and the Hart family sagas are dramatic, they underscore another reality that can't be ignored — that the most dangerous place in the world for many kids is in their own homes, with their own parents. And that same American culture of "Don't you dare tread on my freeeeeeedom" that gave us our gun obsession also feeds the lack of accountability in families that circumvent the intervention systems that schools can provide.

Last week, Dana Dekalb told KOIN News about one of her last encounters with the Hart kids, an incident that prompted her to call CPS. "Their daughters telling us, 'Please, please, please,' begging us not to make her go back and that they were abusing her," she said. "And then Devonte, coming over here and telling us he's being starved to death."