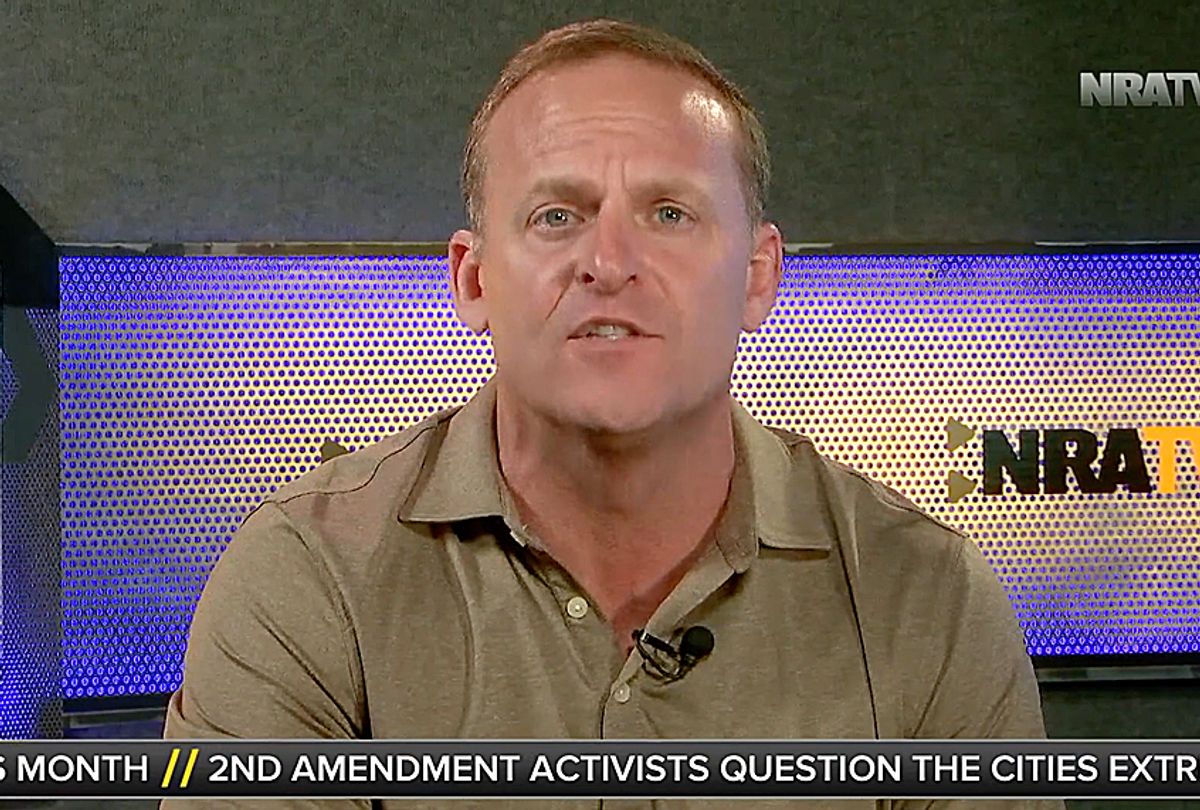 A correspondent for NRATV, the digital video arm of the National Rifle Association, suggested that YouTube was to blame for Tuesday's tragic shooting at its headquarters in San Bruno, California, because the company's new policies brought about"a lot of hatred."

The gun lobbyist group was the latest to join the chorus of rightwing voices who have been searching for a scapegoat following the latest mass shooting in America.

During a Wednesday broadcast, NRATV's Chuck Holton said, "YouTube making these changes where they’re going from being a platform for videos to being a publisher of videos – meaning that they are starting to censor content here and there, whatever – actually opens them up to liability. And it opens them up to a lot of hatred from people around the world."

The correspondent continued, "Bottom line is: As it turns out, this shooter was just pretty downright crazy even by California standards – and that’s saying something."

Holton's claims followed NRATV host Grant Stinchfield's allegations that the left had united to blame the NRA for the shooting. "You and I were both very careful not to speculate about what happened," Stinchfield said of the gun industry lobbyists' coverage of the shooting on Tuesday.

"And yet, while we were being very careful, while we were asking questions and waiting for answers, the left was out there literally pushing this narrative that the shooting was somehow the NRA’s fault – and that I need to apologize for a tweet that NRATV sent out of one of my videos," he continued.

The tweet in question, in which Stinchfield defended comments by the NRA's Executive Director Chris Cox, and called for gun owners to "rise up" against "politically motivated censorship" was posted on March 27.

Shannon Watts, the founder of Moms Demand Action for Gun Sense in America, blasted the NRA on Twitter following the shooting. "Decency should dictate that the NRA remove this tasteless, incendiary tweet after the shooting," she wrote, noting that the tweet was, in fact, still up.

Instead, Stinchfield doubled down on his claims in a new video on Wednesday, in which he said the organization would not apologize "for encouraging our members to defend their rights."

Stinchfield went on to make a false equivalency, claiming that if the "socialist left" was truly upset about the words "rise up" then there should have been the same outrage when Andra Day sang her hit song "Rise Up" at the Democratic National Convention during the 2016 election.

"So hear me loud and clear, I will not apologize for defending freedom," Stinchfield said. "And, as for the tyranny you so desperately wish to impose on all of us, I unapologetically declare right now that we will – and always will – rise up against it with our most powerful weapon: the truth."

Watch the full segment via Media Matters for America below.